Will Any Response to North Korea Satisfy Americans? 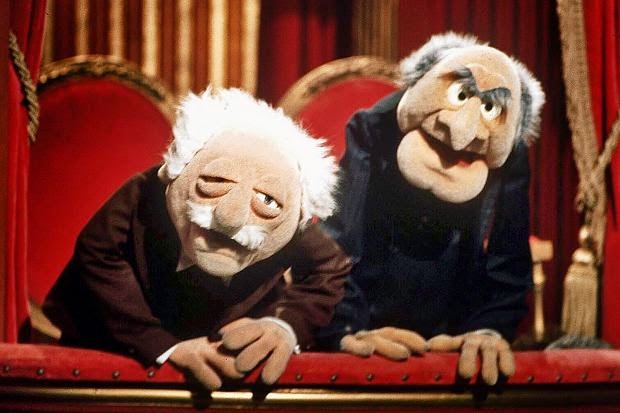 Early one morning when I was six years old, I walked into my parents’ bedroom to find my mom sitting upright at the foot of the bed with unmatched despair clouding her face. She didn’t acknowledge my entrance but remained transfixed by the breaking news on the television. I followed her gaze and saw a smoking cityscape as incredulous journalists repeated words I had never heard before, like “Twin Towers” and “terrorist.” I understood only as well as a six-year-old could, and I began to share a small portion of my mother’s grief and fear.

One month later when military countermeasures began in Afghanistan, I wholeheartedly supported the attacks, and I wasn’t alone. According to a CBS News poll from October 2001, 90% of Americans approved military action, including 97% of surveyed Republicans. This national consensus rivals public approval for the 1941 declaration of war against Japan following Pearl Harbor, which Gallup reports at 97%. Additionally, 78% of those polled in the 2001 study believed that U.S. troops would “likely” capture or kill Osama Bin Laden.

But such optimism and perceived virtue dwindled after a few years. By 2009, only 43% believed the U.S. would apprehend Bin Laden, and just 47% considered fighting in Afghanistan to be “the right thing.”

I never felt the need to question the noble nature of the war because I was only a small child; I could (and can) still see the burning towers and remember the fear and urgency of response I felt. Our enemies had to be stopped, however long it took. There was no issue more black and white.

But no matter how righteous the cause, Americans will almost inevitably become discouraged and forget what we’re fighting for. I would argue that this applies to every war in which the United States has fought, barring World War II — Pearl Harbor, Hitler, and the Holocaust ensure a virtually universal approval for the Allies aside from the ever-controversial bombings of Nagasaki and Hiroshima.

The Revolutionary War has been rebranded as a temper tantrum of slave-owning sexists angry about a tea tax.

Many still debate whether the Civil War was actually about slavery.

I’m sure the average citizen wouldn’t be able to describe the history of the War of 1812, the Spanish-American War, or even World War I — maybe the assassination of Archduke Ferdinand, but likely not why Americans finally agreed to confront the Central Powers after nearly three years of Wilson’s neutrality.

Approval for the Korean War fluctuated early and often, ranging from 80% approval in July 1950 to 49% declaring intervention a mistake just six months later in January 1951, then 50% approval (with 36% disapproval) in January 1953 when Eisenhower became president and resumed truce talks. These numbers remained roughly the same in a 1991 poll.

Few people know the truth about the Vietnam War, and a 2000 Gallup poll revealed that 69% of Americans believed our country’s involvement was a mistake, while 70% considered the United States to have lost the war, and nearly 20% wrongly believed the U.S. sided with the North Vietnamese; this number is even higher among under-thirty-year-olds, who have no personal memory of the events.

For the Left, the Cold War was nothing more than Reagan sacrificing the American economy in a competition of rawman pride.

In only five years, public opinion of the Iraq War plummeted from 72% in favor of military force in 2003 to 38% in 2008, even as citizens remained evenly split on which measures should be taken moving forward.

Now here we are. Despite the constant fear-mongering press covfefe, I don’t think we’re really facing a second war with North Korea, especially after China’s statement of neutrality. But the Apostle Paul wrote that “perilous times shall come” (2 Timothy 3:1), so I believe we need to be prepared for the future, and that means considering our country’s recent history if we are to properly contextualize our current predicament.

Three emotions generally characterize our response to international aggression: anger, disgust, and fear. I don’t mean that negatively at all — it’s just that our wars have clearly not been governed by joy, surprise, or sadness.

World War II was a war based on anger in retaliation to Pearl Harbor and the horrors of Nazism.

The Korean and Vietnam Wars stemmed from disgust for the evil human rights’ violations of the North against the South.

The Cold War can be branded as nothing if not a time of fear.

History always repeats itself, and sometimes in only a short period. Except this round, the results couldn’t be more different:

The War on Terror was also based on anger, but it has not retained anywhere near the same amount of publicly perceived justification as WWII.

Although disgusted by the atrocities of Bashar al-Assad, the U.S. has done preciously little to assist in restoring balance to Syria (though we’ll never know if it would have helped anyway).

And now that we face another time of nuclear-induced fear, America is divided by tribalism and arbitrary altruism.

I’m not a statistician nor an expert on foreign policy; I can’t explain these shifts in public opinion, nor am I certain what I would consider the best solution to the rising North Korea crisis. But I’m 100% convinced of this: no matter what North Korea does, and no matter how the U.S. responds to it, at least half of the country will strongly disapprove — and if not immediately, then only a few months down the road.