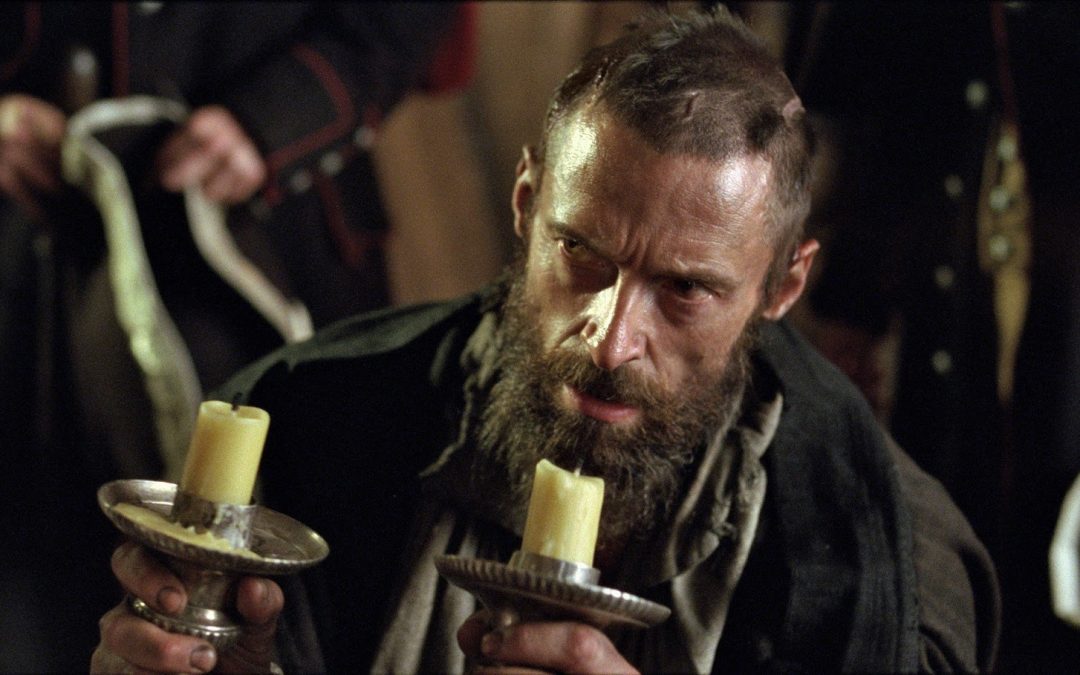 “Whataboutism” is the latest cultural and political phenomenon, if only because now it has a name. In truth, this has been a problem for centuries, possibly longer, both in politics and society. A child’s classic excuse of “but Billy did it too” is the very reason all parents everywhere have had occasion to ask about droves of children jumping off cliffs.

If you do something wrong, you are accountable for that action. You alone. Someone might have tempted, prodded, or encouraged you, but you still chose to act. That doesn’t make what they did right, but their bad behavior does not excuse your bad behavior. This is as basic a principle of morality and virtue as they come, but in the wake of Donald Trump, Jr.’s Trump Tower meeting, apparently it’s become too complex for the Right (the Left, as we know, has never been about virtue anyway).

John Nolte of Daily Wire recently dismissed conservatives who consider Don Jr.’s behavior inappropriate as “moral narcissists” with a “virtue flag flying high.” He added, “Because your moral preening sacrifices all of us, not just yourself, there is nothing righteous about it.” There you have it: it is immoral to call for morality from others, because Democrats.

At least Nolte is honest in his shameless accusations:

“We can either do whatever it takes to win elections, or we can get ourselves destroyed. … Democrats are allowed to cheat, lie, collude, scheme, fabricate, change the rules, and pretty much engage in any other sinister tactic they can come up with. … And knowing this, I am not supposed to not fist-pump after learning that the Trump campaign is willing to do the exact same thing?”

Um, yes. If you get an F because you cheated on a test, pointing out other cheaters in the classroom won’t restore your ill-gotten A. In other news, Chicago has suspended all laws because no one is keeping them anyway.

“Sorry, but if you want to hold our side to a standard Democrats will never be held to, your moral narcissism is selfishly sentencing your country to life with a series of Barack Obamas; selfishly condemning your own Party to a series of Romneys and McCains.”

But at least with our whataboutism, we’ll get a glorious party of McConnells and Ryans! Perfect.

Washington Examiner posted an op-ed titled “Spare me your Donald Jr. indignation.” The writer, Lisa Boothe, addresses the issue in part as a means of pointing out the Left’s hypocrisy, which is fair. But she also directs her venom at morally consistent conservatives, citing Hillary’s coordination with Ukraine during the election: “Is it wrong to seek foreign governments’ help in digging up dirt on an opponent, or isn’t it?” Well, it sure sounds like you think it’s a problem when Hillary does it, Ms. Boothe, so why the double standard? Near the end of the article, she shrugs, “This isn’t an effort to justify Donald Jr.’s decisions. But politics is a dirty industry.” In other words, “I’m not saying it was good, but can you blame him?”

Opposite reactions from so-called “moral narcissists” have been equally firm. Conservative champion Steve Deace unleashed a Twitter storm of whataboutisms, even temporarily changing his handle to @ChiefWhatAboutist. Among my favorite tweets:

“I’m calling FIRST! right now on ‘what about Mary Jo Kopechne’ if a Republican ever kills anybody. So step off.” and “I was gonna punish my kids for lying, but they went with ‘what about all those lying politicians you vote for’ so I had to let it go.”

On a more serious note, Deace emphasized on Facebook, “If you believe becoming like that which you hate will save America, or whatever depths you descend to still makes you better than the alternative so it’s justified, you know very little about the God our rights come from. Even less about His Providence, which our Founders thanked for this country ever happening in the first place.”

Ben Shapiro, ever the rational mind, distinguished the three forms of whataboutism: reminders of Leftist dishonesty (Dems crying “treason” for Jr. turned a blind eye to Hillary), reminders of proportionality (it wasn’t a big deal when Dems did it, it’s not a big deal when the GOP does it), and moral relativism (Dems cheat, so I can cheat too).

Regarding moral relativism, the most common of the three, Shapiro clarified, “In this case, whataboutism is itself dishonesty — it’s pretending to care about the sins of the Left in order to justify the sins of the Right.”

In response, Andrew Klavan, also of Daily Wire, posted a video on Wednesday claiming he has no idea why moral relativism is wrong if it furthers your cause (reminding me once again why I haven’t watched his show since the inauguration).

The “whatever it takes to win” mindset breeds perpetual immorality with no end in sight, all because many on the Right believe that the ends justify the means — “when historians look back on our times, they will see that we were fighting for the greater good.”

We don’t have the benefit of foresight to confirm nor contradict this view, but we do enjoy the blessing of historical context. We have seen this attitude before, almost to a T, in 18th-century France, magnificently represented in Victor Hugo’s Les Misérables (1862), Volume 1, Book 1, Chapter 10. In this portion of the novel, Bienvenu Myriel, bishop of Digne, decides to visit an ailing man known to us as Conventionary G—, an atheist who participated closely in the French Revolution and Reign of Terror in the late 1790s. It is about this man that Hugo famously wondered, “Should the scab of the sheep cause the shepherd to recoil? No. But what a sheep!”

The relevant dialogue occurs when the conventionary proves incapable of condemning the murder of 10-year-old Louis XVII without qualifying that the killing of common children should be equally mourned. Then he adds, “If the balance must incline, let it be on the side of the people. They have been suffering longer.”

This prompts an exchange on the atrocities of 1793, filled with whataboutisms based on moral relativism from the conventionary:

“You think [‘93] inexorable, sir; but what of the whole monarchy, sir? Carrier is a bandit; but what name do you give to Montrevel? Fouquier-Tainville is a rascal; but what is your opinion as to Lamoignon-Bâville? Maillard is terrible; but Saulx-Tavannes, if you please? Duchêne senior is ferocious; but what epithet will you allow me for the elder Letellier? Jourdan-Coupe-Tetê is a monster; but not so great a one as M. the Marquis de Louvois. Sir, sir, I am sorry for Marie Antoinette, archduchess and queen; but I am also sorry for that poor Huguenot woman, who, in 1685, under Louis the Great, sir, while with a nursing infant, was bound, naked to the waist, to a stake, and the child kept at a distance; … the executioner said to the woman, a mother and a nurse, ‘Abjure!’ giving her her choice between the death of her infant and the death of her conscience. What say you to that torture of Tantalus as applied to a mother?”

The conventionary uses these whataboutisms to justify the slaughter of up to 50,000 people during the Terror, a fact which prompted Alexander Hamilton to brand Robespierre and the Jacobins “assassins still reeking with the blood of murdered fellow Citizens.” But the conventionary’s concluding affirmations should be just as chilling for Americans in 2017:

“Bear this well in mind sir: the French Revolution had its reasons for existence; its wrath will be absolved by the future; its result is the world made better.”

The problem is, this simply isn’t true. The French Revolution of the 1790s is not remembered fondly, nor did it even result in victory. France would not establish a lasting republican government until 1870. The total sacrifice of moral structure was not only despicable but unsuccessful, just as Ben Shapiro repeatedly pointed out during the 2016 election: if you sacrifice principle for victory, you’ll end up with neither principle nor victory.

It is easy to look back and condemn the failed revolution — something Ann Coulter referred to as “the godless antithesis to the founding of America” — but we needn’t even consider such encompassing analysis. Many of the Founders cheered the revolution in its early days but swiftly condemned it (or at least withheld their previously ardent approval) after radicalism pervaded the movement.

Louis Antoine Léon de Saint-Just, close friend of Robespierre, one of the principal leaders of the Jacobin Reign of Terror, and known as the “Angel of Death,” advocated violence against all who dared oppose them, even if only by not totally supporting them: “You must punish not only traitors, but even people who are indifferent; you must punish whomever remains passive in the Republic and does nothing for her.”

Thomas Paine, outspokenly staunch advocate for the early French Revolution, journeyed to Paris and became appalled by the hundreds of executions he witnessed, not only of monarchs and soldiers but nonviolent civilians. After speaking out against the brutality, he was imprisoned by radical revolutionaries.

Even native Frenchman Marquis de Lafayette, perhaps better known as “America’s favorite fighting Frenchman,” ran afoul of the bloodthirsty mobs. He, the man who had directly aided in the successful American Revolution, was possibly France’s best hope for freedom. He preached liberty and the constitutional rule of law, but radicalized Jacobins drowned out his cries for principle. Instead, Lafayette was considered too moderate and was forced to quash mob rampage as commander-in-chief of the National Guard. Robespierre declared Lafayette a traitor in 1792 for condemning the rise in anarchist extremism, Lafayette was burned in effigy and exiled, and anarchy became the Reign of Terror, which led to military dictatorship and the rise of Napoleon.

None of the Founding Fathers denounced the moral abandonment of the French Revolution as vehemently as Alexander Hamilton. In 1794, he wrote:

“[Americans] were willing to overlook many faults—to apologise for some enormities—to hope that better justifications existed than were seen. … It is not among the least perplexing phenomena of the present times, that a people like that of the United States—exemplary for…a knowledge of the true principles of liberty, distinguished for purity of morals and a just reverence for Religion should so long persevere in partiality for a state of things the most cruel sanguinary and violent that ever stained the annals of mankind, a state of things which annihilates the foundations of social order and true liberty, confounds all moral distinctions and substitutes to the mild & beneficent religion of the Gospel a gloomy, persecuting and desolating atheism. … If there be anything solid in virtue—the time must come when it will have been a disgrace to have advocated the Revolution of France in its late stages. … The French Revolution is a political convulsion that in a great or less degree shakes the whole civilized world and it is of real consequence to the principles and of course to the happiness of a Nation to estimate it rightly.”

Does any of that sound familiar? It should. We’re living in it. And if that’s true, then I don’t like where we’re headed.

As Hamilton mentioned above, “the time must come when it will have been a disgrace to have advocated the Revolution of France in its late stages,” and that goes for our repugnant rejection of a moral foundation in America in 2017. We cannot in good conscience support this attitude. Our unconditional embrace of the morally decrepit notion of whataboutisms is truly “of real consequence to the principles and of course to the happiness” of our nation.

If beating the other guy is all that matters, then France’s fate will be our own. Look for the rise of Napoleon on the horizon.