What Vegans Teach Us about Abortion 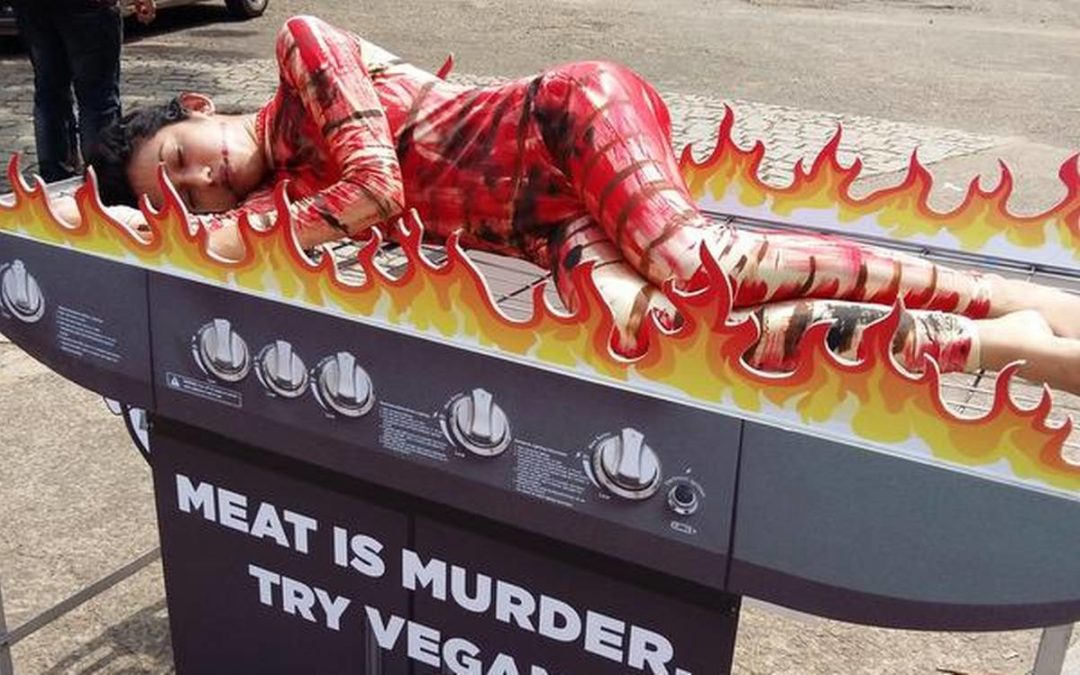 Today, my goal is not to convince you to agree with me but to foster understanding. Too often, good people acting in good faith are vilified because they hold some view we find incorrect, illogical, or even immoral. The radical Left has increasingly shrunk the Overton window to label anything it disagrees with as inherently bigoted, hateful, or even violent. In a pluralistic society where hundreds of millions of Americans debate seemingly as many topics, we cannot allow such ideological intolerance to take root.

This does not mean that every opinion is equally good or valid even if it is equally protected under the freedom of speech. We can recognize that white supremacy, for example, is an objectively evil ideology and not worth personally entertaining. But equally vital is that we exercise care in attaching these labels to mainstream political views we reject — even if we reject them for good reason. If you believe that tens of millions of Americans are white supremacists, I don’t know how to help you beyond advising clinical attention.

At the very least, understanding the other side’s argument better than they do plays a critical role in weatherproofing your own. And contrary to what drives the media narrative, it is both possible and necessary to be able to understand viewpoints you disagree with.

But before I get to the topic du jour, I want to begin with a group I consider to be an instructive case study: I’ll call them extreme vegetarians/vegans — the “meat is murder” crowd.

Millions of Americans identify as vegetarian, consistently around 5%, while another 3% label themselves vegan. Unfortunately, I can’t find any statistics on the more extreme subset, and obviously not every vegetarian or vegan chooses their dietary lifestyle for the same reasons, agrees that meat is murder, or attempts to implement bans on meat consumption. But let’s talk about those who do, whatever their numbers.

I think they’re nuts; I think they’re weird; I think they’re wrong. That said, I completely understand their argument. If you accept their premise that animals have equal dignity, value, and rights as humans, then sure, meat would be murder. I think that premise is bonkers, and I reject it, but I can be honest in recognizing what the premise is. I can also agree to lesser points (e.g. animals aren’t merely objects, they have more rights than a chair, and they shouldn’t be tortured or otherwise abused) while still believing the “meat is murder” argument goes way further than logic can support by equating animals to humans in terms of rights and worth.

Additionally, I don’t feel personally attacked or demeaned by extreme vegan activists. They’re not evil, bad, or destructive for trying to elevate animals. Even when they lobby for their position as public policy, it has never even occurred to me to consider their petitions an affront to human rights. When I hear their rants or see them sprawled out in salads or cling wrap, I think, “What a weirdo,” not, “They’re violating my bodily autonomy!”

But why not? Aren’t they trying to control what I can do with my own body? Don’t I have a right to eat whatever I want? Doesn’t matter; it’s irrelevant. I can be intellectually honest enough to recognize that the “meat is murder” movement isn’t looking to harm me; I can take activists at their word that no matter how their policies would affect me and no matter how much I reject their premise, their concern is protecting animals. Even while I find their ideas, tactics, and priorities whacky and incorrect, I can understand their argument and presume good faith.

This should be a no-brainer, and maybe it is — I’ve never known a meat-eater to treat an extreme vegan activist (let alone a run-of-the-mill vegetarian) with anything spicier than annoyance.

If that’s the case, though, why not grant the same courtesy and understanding to pro-life advocates that virtually everyone affords (at a minimum) to “meat is murder” vegans and vegetarians? Maybe you already do, and if you’re a pro-choice person who can respectfully disagree on abortion, this article isn’t about you, although we acknowledge and applaud your civility. For the remaining radicals who persistently label pro-lifers hateful, sexist bigots — why? After all, they actually advance a similar argument as extreme vegans: unborn human fetuses are equally alive and have an equal right to life as born humans, and therefore abortion is murder.

You may think that’s nuts; you may think that’s weird; you may think that’s wrong. But how difficult is it to understand the argument? If you accept the premise that gestation is merely a stage of human development akin to infancy or adolescence, that preborn fetuses constitute human life (which 95% of biologists agree with) and have equal dignity, value, and rights as born humans, then by definition, abortion is murder. You may think that premise is bonkers, and you may reject it, but can’t you be honest in recognizing what the premise is? You can also agree to lesser points (e.g. fetuses aren’t merely tissue, they have the potential to become human lives, and some things like partial-birth or late-term abortions may be restricted) while still believing the “abortion is murder” argument goes way further than logic can support by equating unborn fetuses to born babies in terms of rights and worth.

Additionally, you don’t need to feel personally attacked or demeaned by pro-lifers. We’re not evil, bad, or destructive for trying to elevate unborn babies. Even when we lobby for our position as public policy, why should it even occur to you to consider the petitions an affront to human rights?

I can hear the objections: But they’re violating women’s bodily autonomy! Aren’t they trying to control what women do with their own bodies? Doesn’t matter; it’s irrelevant. You can find it in yourself to be intellectually honest enough to recognize that the pro-life movement isn’t looking to harm women; you should be able to take pro-lifers at their word that no matter how their policies would affect women and no matter how much you reject their premise, their concern is protecting unborn human life. Even if you find the pro-life movement’s ideas, tactics, and priorities whacky and incorrect, why can’t you understand their argument and presume good faith?

You don’t have to agree with it, but how do you not at least get it? How are you not able to allow for any good faith explanation for a mainstream dissenting view? Shouldn’t that be the absolute minimum threshold expectation of respect for each other? Why must you assume the worst of approximately 100 million American adults who identity as pro-life? It couldn’t possibly be that they look at human life differently than you do and that they’re concerned about the 60 million abortions we’ve performed since Roe v. Wade, how more black babies are aborted than born in some major cities, or how that’s exactly what the founder of Planned Parenthood intended. Oh no, it must be that they want to oppress women, open and shut.

What evidence does the Left have that 100 million American adults are motivated by a lust for subjugating women and not at all by the desire to save almost a million unborn lives every year? None, of course, but when did the radical Left ever care about evidence? As economist Thomas Sowell has often expressed, “Assertions have been made not only without evidence being offered but without anyone even asking for evidence. It’s as if these are self-evident truths that have been brought down from the mountainside.”

For evidence to the contrary, try listening to literally any pro-life advocate instead of blindly and maliciously labeling them a bigoted chauvinist. It’s even sillier to brand pro-lifers as misogynists when you realize that a majority of American women consider themselves pro-life, albeit to differing degrees, and more women than men (averaging one third overall) want to see Roe v. Wade overturned.

Lies about the pro-life cause have gone on for too long and deceived too many otherwise good-hearted people. Ideally, I would like to convince you someday that abortion is murder. Until then, I expect any decent, honest person to be able to recognize that the other side is acting in good faith. You should be able to understand the premise the argument is coming from, even if you think it’s wrong.