What the Democrats haven’t told you about the “Dreamers” 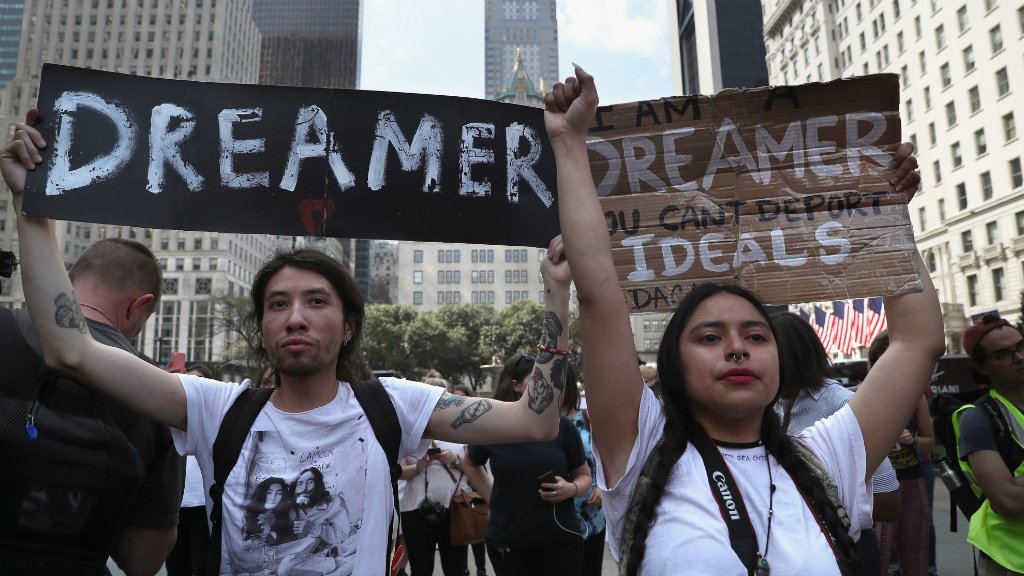 As you are all aware, we are in the midst of a government shutdown, for which I am not complaining; the less government the better.  My glee at the thought of empty government buildings is only matched by my delight that these offices are empty because the Democrats have finally come clean and confessed they care more about illegal immigrants than they do about you or our military.  The Democrats refuse to fund the government without immigration reform that grants executive amnesty and ideally DACA amnesty.  Their transparency is refreshing.

In their endless grandstanding and virtue signaling, both on the floor of the Senate and through their media surrogates, the Left loves to portray DACA recipients as these studious, hopeful, contributing “Dreamers” who are all college graduate business owners anxiously engaged in the workforce and focused on increasing their contribution to society. Unsurprisingly, this isn’t accurate.

So here are some things the Democrats haven’t told you about the “Dreamers”:

The Left downplays the role that DACA recipients play in crime, preferring their fabricated myth of the studious contributor to society.  Using Arizona as a case study, the Crime Prevention Research Center found that “Dreamers”

For illegal immigrants generally in Arizona they are:

If Arizona data is held as typical for other states, researcher John Lott predicts that “in 2016, [Arizona] would have been responsible for over 1,000 more murders; 5,200 rapes; 8,900 robberies; 25,300 aggravated assaults; and 26,900 burglaries.” The Department of Justice recently released data showing that non-citizens account for 2.5 times more convictions than their share in population. Each one of these crimes was 100% preventable.

It is safe to say that all of the “Dreamers” and illegal immigrants are not the peaceful, studious, law abiding residents just trying to better themselves and our society like the Left would have you believe.  Does this mean all “Dreamers” and illegal immigrants are violent criminals?  No, of course not.  But these facts should illustrate to all of us that notions of a clean DACA bill will not only harm our economy and expand the already immoral welfare programs that steal from the American people, but constitute a real risk to the safety of our society and our national security.

As we struggle to defend our Constitutionally protected freedoms and the rule of law, let us hold the Left and the media accountable to the facts about the “Dreamers” and illegal immigration and push for sane immigration policies that rightfully put the safety and benefit of Americans first.