What is Threatening the Republic? Rebuttal to The New York Times 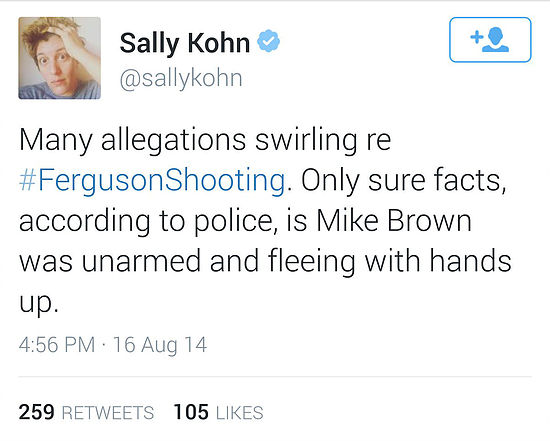 On May 11th, The New York Times (a former newspaper) ran an op-ed piece by Timothy Egan entitled, “Who Will Save the Republic?” In it, Egan drones about how Trump is causing Constitutional crises and must be stopped, preferably by fellow Republicans with the guts to stand up to him—like John McCain, because he’s great!

But before we can agree on what will save the republic, we first have to acknowledge what is threatening the republic. It turns out Egan gave us some great hints—unintentionally—as to what we should probably be afraid of.

In the second sentence of his op-ed, Egan displays political ignorance by calling the Comey firing the “latest assault on democracy.”

It’s amazing that in only two sentences this man could go from (correctly) calling the United States a republic to reasserting the ancient Leftist lie that America is a democracy, a form of government the Founders despised and assured would lead only to tyranny and oppression.

Many people, including our hero Ben Shapiro, falsely label the United States a democracy, probably because they’re so used to it—for some it’s about convenience, but some actually believe it. The problem is that when you have a fundamental misunderstanding of how your government operates, you will have drastically false expectations of its influence, measuring everything by the wrong standard.

We have a serious problem in the United States with people demanding things of government that would be normal in a democracy (such as universal healthcare and bullying religious business-owners) but are contrary to the natural rights protected in a Constitutional republic.

Threat #1 to the republic: a population who misunderstands the basic purpose and function of government.

“We don’t need more parsing about the bad ‘optics’ or ‘timing’ of Trump firing the man who could have ended his presidency. We need a Republican in power to call it what it is: a bungled attempt to obstruct justice.”

But is that what it is? Egan has no proof of this—the FBI can’t even find evidence of collusion—yet he states it as fact, rejecting any explanation but the one he has predetermined to believe. He doesn’t want a Republican to “call it what it is.” He wants a spineless politician to further his cause, regardless of the facts.

“The courts can do only so much. They can block orders that violate the Constitution.”

No, they can’t. They’ve been doing so for years, but it’s still illegal. Judicial review only works in situations like Heller v. D.C., Miranda v. Arizona, and Griswold v. Connecticut.

You might notice that these reviews (which resulted in landmark decisions) look suspiciously like official cases instead of a some 9th Circuit judge partisanly blaring “unconstitutional!” about an executive order that doesn’t affect his district in any way. This is how the courts are supposed to work—through cases. Courts of law. I thought it was bad enough when cases decided in court were clear violations of the Constitution, but these preemptive strikes from the bench are somehow even worse.

Threat #3: out of control overreach by tyrannical federal courts, who remain unchecked and unbalanced.

“Here is a man who doesn’t share basic democratic values, who uttered nearly 500 lies or misleading statements in his first three months in office.”

Again, not a democracy, but there’s also no source on this number. Is it an estimation? An exaggeration? Either way it’s an unverified claim that sounds nice to the media, so they run with it. But if they’re counting things like “this isn’t a Muslim ban” as a lie when it’s absolutely not, then I’m not interested in their tally.

Trump has done a lot of things wrong, including while in office. But the more the “absolutely-never-Trump” movement continues, even when he does the right thing, there will be a substantial loss of credibility in the press, which is a vital tool in maintaining our republic.

Threat #4: dishonest coverage of the presidency and the implications of Trump’s actions.

“The journalism of the past few days…has been extraordinary. It’s obvious that Trump fired James Comey because he was getting closer to the truth of what happened with Russian manipulation of the American election.”

Bahahahahaha. Um, no. Journalism has steadily lost credibility over the last few years, even before Trump. People didn’t cheer when he said “fake news” because they liked Trump; they cheered because someone with influence finally said what they’d long been thinking and called out the losers of the Leftist media.

And again, no, it’s not obvious that that’s why Comey was fired. We’ve been through this.

Threat #5: false faith in the media despite its reckless stupidity and dishonest narrative.

“Trump’s assertion that Comey told him three times he wasn’t under investigation has yet to be backed up and looks like another bogus Trump claim.”

There is exactly as much evidence and reliable testimony of this claim as there is that Trump asked Comey to pledge loyalty: none. Just the testimony of two men now engaged in a bitter feud. Don’t just disregard one rumor for another when neither can be verified.

Threat #6: how many of these points have been about the media? Four out of six now?

“Paul Ryan…is a lost cause — and increasingly looks like a bystander to the multiple-car wreck happening before him. The Senate leader, Mitch McConnell…is also sitting this one out. Call out the names: Senators John McCain and Jeff Flake, Richard Burr and Bob Corker, Ben Sasse and Lisa Murkowski.”

Many of these people—especially Ryan, McConnell, and McCain—were useless long before Trump. Comey’s termination won’t change that. We have problems in the GOP and Trump is one of them, but don’t blame him for everything. Many others deserve accountability.

And stop pretending you love John McCain. You hated him in 2008 and you only like him now because Trump insulted him and you think you can sway him. And maybe you can; he’s worthless.

Threat #7: the Left cherry picking politicians based not on integrity or consistency but whether they can use them to further their shady causes.

“Their party impeached Bill Clinton for lying about sex.”

Yes, while under oath. During an investigation. On charges of sexual harassment. Remember sexual harassment? The claim that’s unverified but responsible for the hit on Bill O’Reilly? (Not saying he’s innocent, but he hasn’t been proven guilty and there’s no evidence other than that he settled cases previously, and his justification sounds reasonable).

But why can Bill Clinton do it and it’s nobody’s business and an outrageous overreaction, but Bill O’Reilly maybe does it and the Left is all, “Fire him!!!”

Trump is a buffoon, and he certainly has done and will do things that aren’t great and maybe violate the Constitution. Each of these breaches is inexcusable. But there’s a difference between not fulfilling our country’s best interests and threatening our republic. Not every bad president is a traitor.

And even if Trump were threatening our republic, listen to who’s warning us: the same people who think that Hillary could save it.

The same people who support murdering babies, walk around in vagina hats, and justify punching Nazis then label everyone they disagree with “Nazi” so they can punch them.

Benjamin Franklin once said America was “a republic, if you can keep it.” How do you expect to keep it when you want to “fundamentally transform” it?

Leftists, you want to know what’s most likely to destroy the foundations of this republic you pretend to care so much about yet constantly label a democracy? Look in the mirror.