What Can You Do for Your Country? 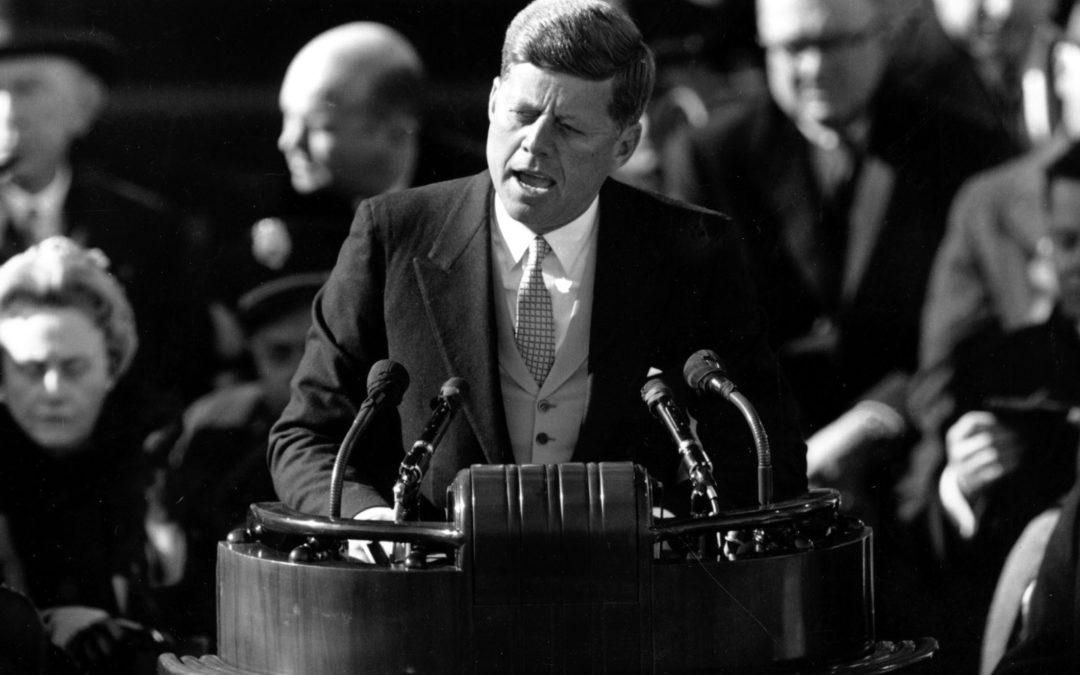 In his inaugural address in 1961, John F. Kennedy famously said, “Ask not what your country can do for you; ask what you can do for your country.” More than 57 years later, who is still asking that question? And have we come up with any answers?

I think it depends on how you feel about America. If America stands for evil — if it turns a blind eye to gang rape, racially motivated killings, and languishing poverty — then maybe the best thing you can do for your country is burn it to the ground. Sadly, I know many people who actually believe these things about the freest, most prosperous nation in the world.

George Washington abandoned his peaceful, well-deserved retirement to spearhead an unprecedented experiment in free government. He practically wept at the thought of returning to public service, but even though he had already sacrificed more than most, he never stopped asking what he could do for his country.

But after watching the Kavanaugh hearings, I can’t help but wonder, what could possibly make public service worthwhile? Why would anyone want to be involved in politics? With so many people seeking only for power, bent on destroying lives and reputations, condemning basic morals, and running people out of restaurants based on political differences, what is the point? Even if this is what you can do for your country, is it even beneficial?

I have to imagine these questions are swirling in the mind of every good man and woman in politics. But still, what else can they do? Somebody has to fight. If there’s anything I’ve learned in the last week, it’s that purely private goodness will only invite more scorn. You can’t make a sufficiently positive difference by just being a good man living a good life anymore — heaven forbid you’re a virgin into adulthood and you teach your family principles of virtue, faith, and compassion.

Living a good, private life away from politics won’t keep the Democrats from snagging unchecked power, and for those who believe in liberty, morality, and the sanctity of life, we can’t allow that to happen. In fact, all we need for tyranny to infect our country even more than it already has is for good men to do nothing more than raise good families. There aren’t enough good men in America to make that strategy viable. Our core values of freedom and justice wouldn’t survive.

What you can do for your country will be different for every person, but good men are needed in every element of battle. To start, that includes instructors to train the battalions and doctors to tend to the wounded — each within the relative safety of allied territory. This could be educators, mentors, and ministers.

Good men are needed as munitioners to supply weapons and ammo to the troops — physical and social scientists, philosophers, and objective journalists.

Good men are needed to go behind enemy lines and infiltrate their infrastructure. The world needs artists, actors, athletes, musicians, storytellers, and fashion designers who will produce high quality content that is also morally irreproachable. We need principled professors who will stand for truth in the Marxist, postmodernist bloodstream of universities.

And finally, good men are needed on the front lines — to do the fighting, get their hands dirty, and confront the enemy face to face. I can tell you that after pursuing literally every other option, I know that God needs me on the front lines, where I never wanted to be. In what capacity, I have no idea. So far, the direction I’ve received has placed me in politics and law school, awaiting further orders. For now, I know this is where I’m needed, and I’m doing my best.

Not everyone can or should be on the front lines. Perhaps even those best suited for it play a more vital role elsewhere. There’s no less honor in serving in one field than another. Soldiers don’t make their own bullets and drill instructors don’t dress wounds.

It doesn’t matter where you fight, as long as you do fight and you’re on the right side. As is often attributed to Edmund Burke, “The only thing necessary for the triumph of evil is for good men to do nothing.”

So, good men, ask not what your country can do for you — how you can benefit from the freedom to earn a living, to pursue happiness, and to spend your days in peace. If every man in America simply enjoyed his freedom, we would’ve lost our freedom a long time ago. Anyone can reap, but the world needs more sowers, more doers, more protectors.

Ask what you can do for your country. I can’t answer that for you. Only you can.