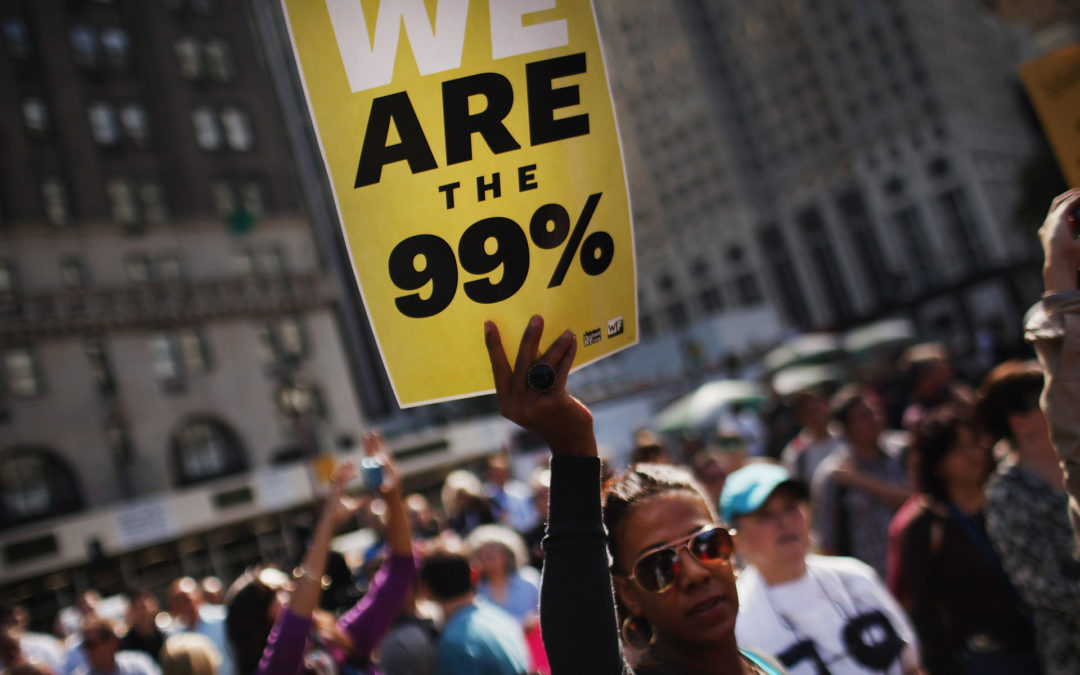 This week, I listened to a room full of law students declaring the need for a Universal Basic Income (UBI). As you might expect, they were completely ignorant of the consequences of such a policy — and admittedly so. One student acknowledged that she had no idea how we would pay for it, and another offered that even though she didn’t know what would happen if we adopted a UBI, we just have to do it.

Allow me to fill in the facts for the economically illiterate.

UBI is a horrible idea for a great many reasons, not the least of which is that you have no right to point a gun to my head and steal my money just because you think it makes you a nicer person. But even within a pragmatic mindset — doing whatever works best without any moral constraint — there is simply no logical argument for a Universal Basic Income.

One of the more prominent justifications you’ll find for a UBI among the Right (who would normally reject such an idea on the grounds of rights, economics, and small government) is that the advance of technology and automation will soon make the modern worker obsolete — once machines produce everything or even just take over an industry like transportation, rampant unemployment will necessitate compensation in the form of UBI. This Luddite hogwash has existed for centuries, and it has been proven wrong for centuries. As described in Adam Smith’s Wealth of Nations and Henry Hazlitt in Economics in One Lesson, neither the automation of pins, textiles, nor automobiles could curb the growth of labor and prosperity in the United States. Yes, some industries were largely swept up thanks to automation, such as blacksmiths and buggy manufacturers following the advent of cars, but workers have consistently adapted to an ever-changing market. In the modern era, Oren Cass at National Review highlights, “the U.S. labor market has…[added] 80 million net jobs since computers started coming on the scene in the 1960s and more than 25 million since the Internet became mainstream in the 1990s.”

The next flaw inherent in a UBI is that it is either too small to stand on its own or so big that it destroys the incentive to work. Take, for instance, the proposal of Charles Murray (a conservative) to allot $13,000 annually to every adult over the age of 21, with $3,000 of that amount going toward mandatory medical funding, leaving $10,000 of disposable income per adult over 21. But under our current system, Medicare alone costs $11,000 per recipient and Social Security amounts to $16,000 per recipient. With less than half of that total in UBI, you can either eliminate these programs and see drastic reductions in the quality and/or availability of care, or you will have to pile UBI on top of these already unsustainable programs. Keep in mind that Social Security is headed for insolvency, and even at the most generous estimates, if you took 100% of the wealth of the top 1%, you could only fund Medicare (just Medicare as it currently stands) for three years and nine months (that same amount couldn’t pay for Medicare-for-All for even six months). As Thomas Sowell points out, “[Milton] Friedman’s plan for a negative income tax to help the poor has already been put into practice. But, contrary to his intention to have this replace the welfare state bureaucracy, it has been simply tacked on to all the many other government programs, instead of replacing them.” Additionally, a single mother with two children bringing in $10,000 of disposable income is still only halfway to reaching the poverty line, so she would likely continue to need social safety net services.

On the other hand, the promise of UBI would disincentivize work to a degree. A two-parent household would pull in $20,000 of disposable income, plus $6,000 worth of health coverage, which is equivalent to just one of those parents working full time at approximately $13 per hour, and that’s without factoring in taxes on your paycheck that don’t apply to a UBI. So why work at all? Maybe you want to earn on top of that $20,000, but careful not to earn too much! Once your income exceeds $30,000, your government check can be cut in half — phased down to a minimum of $6,500 when you reach $60,000 annually. So at $29,999 annually, you’re still possibly making more than the guy earning $35,000 — wherever that exact cutoff happens, the point is that there’s an amount where you’re richer by making less. So where’s the incentive to grow? Unless you can magically jump from $15 an hour to $18 an hour or more, then there is none. To grow is to shrink. To gain is to lose.

And without the need to work, let’s be honest — most people won’t. Many people’s ultimate goal is retirement; we only work because we have to provide. But make government the provider and suddenly that frees up your schedule. With a decrease in labor and the profit motive comes a drop off in innovation and growth, leading to societal stagnation. And with such heavily reduced responsibility comes the loss of purpose, likely leading to greater rates of mental illness, suicide, and hedonism.

But each of these previous results are probably irrelevant because they assume that monetary value will remain constant, which of course it won’t. Just like with an artificially increased minimum wage, rent control, or stimulus, supply and demand are likewise artificially affected, skewing the market. As universal income increases, so does rent. And utilities. And groceries. And gas. And, well, you get the idea. An annual increase of income of $10,000 per person means an annual increase of expenditures by $10,000 per person. Nothing changes, except for the fact that we still can’t afford it, we’ve lost our purpose and desire to grow, and the quality of our goods and services suffers a sharp decline.

When everyone’s $10,000 richer, no one is. In fact, we’re all worse off. So no, UBI is not the moral choice, nor the logical choice, and we most certainly don’t “just have to do it.”