Trust vs Truth According to Hasan Minhaj 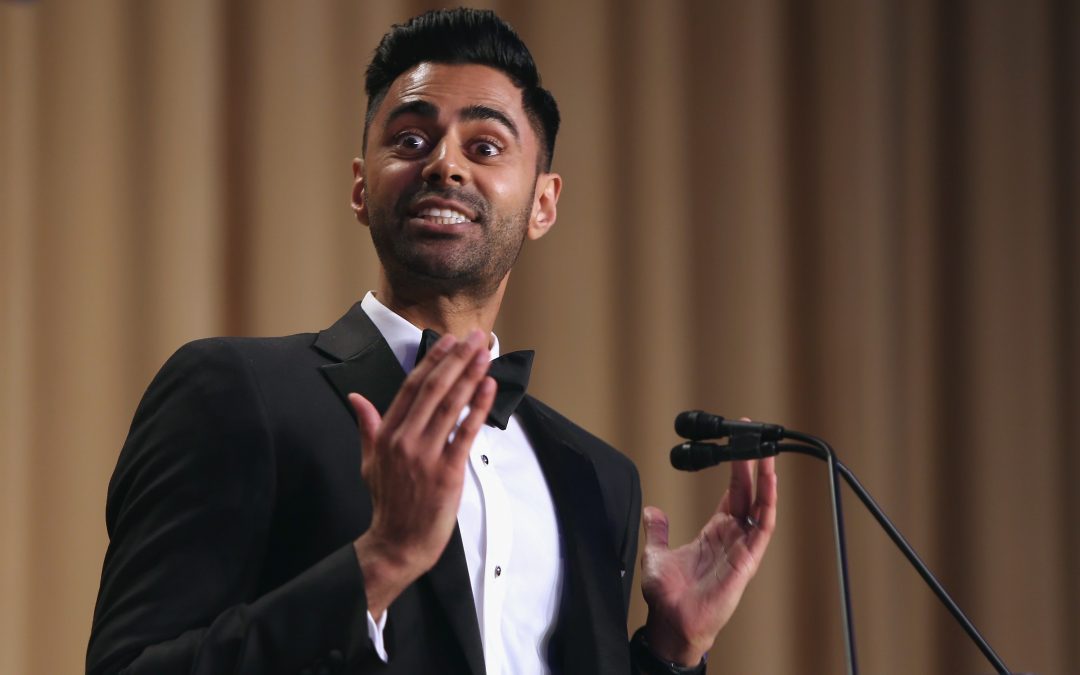 In his speech at the White House Correspondents’ Dinner last month on April 29th, The Daily Show’s Hasan Minhaj nailed the mainstream media (including his own network) for their tailspin of the last year or so: they ramble, they’re turning into conspiracy theorists, they act like everything is breaking news, and they have “a countdown clock to the next countdown clock.” Minhaj called out Rachel Maddow, Don Lemon, and Wolf Blitzer specifically and begged them to chill out. He even went so far as to say, “It’s almost as if The Daily Show should be on CSPAN. It has left zero impact.”

I’m with you, Hasan. The MSM has shown its true colors as a load of blithering idiots, not even trying to hide it anymore.

Trump’s supporters still trust him after everything the media has thrown at them, and Minhaj has an idea why, but…let’s just say it’s not everything it appears:

It’s true! And I realized something—maybe it’s because we’re living in this strange time where trust is more important than truth. And supporters of President Trump trust him. And I know journalists, you guys are definitely trying to do good work. I just think that a lot of people don’t trust you right now. And can you blame them? I mean, unlike Anderson Cooper’s bone structure, you guys have been far from perfect. Remember Election Night? That was your Steve Harvey Miss Universe moment. The look on your faces at 11 p.m. on Election Night, it was like walking into a Panera Bread and finding out your sixth grade teacher has a part time job in there. I was like, “What? Mr. Leddington? I guess you don’t have all the answers!”

First of all, this is a hilarious bit. I can’t decide which part is truer: that liberal media hosts looked ridiculous on Election Night or that Anderson Cooper’s bone structure is flawless. Both are undeniable.

I was so impressed with Minhaj and the guts it must have taken to say this right to the face of his targets amid groans and Leftist tears that it took me a second to realize the implications of what he meant. Maybe I’m reading too deeply into this, but if I had to sum up his explanation as concisely as possible, this is what I got out of it:

Throughout his speech, despite his consistent ribbing, Minhaj treated the press like saviors of virtue, bastions of truth and enlightenment, as if they were the only ones who could possibly prevent the inevitable apocalypse in the wake of Donald Trump. And the best he can say for why they might not have the country’s trust is because they miscalculated how the election would turn out? Give me a break, Hasan. I also thought Hillary would win. That means I was wrong, but it doesn’t blackball me from journalism.

Can you really not think of a single other reason the average American might be wary of the MSM? You finally mentioned the stuff I listed at the top of this article, but that was all part of your roast of the individual networks, not your explanation of why the media has lost its credibility.

I’ll give you the benefit of the doubt, Hasan—maybe you recognize that those reasons also apply. But that’s still not the entire story. Maybe there are a few more lies the media has perpetuated, and maybe, Hasan, for all the strikes you called on the media, you forwarded a few yourself.

Maybe we don’t trust the media because we’re tired of you and them telling us what a racist Attorney General Jeff Sessions is/was despite breaking up the KKK in Alabama and desegregating schools.

You said Rachel Maddow needs to chill out about Trump’s tax return, but what about her repeated lies regarding “Hands Up, Don’t Shoot” and Michael Brown? What about how the press denies travesties facing the black community like big government policies, black on black crime, and fatherless homes? Maybe we’re just tired of the media lying to us about who the real racists are.

Maybe, Hasan, we’re sick of you and the media shouting “HORROR!” at Trump’s vile Access Hollywood comments (and they were vile) while immediately pivoting to a joke about Mike Pence’s covenants of trust and chastity with his wife in an era of increasing infidelity and temptation. (You seriously want to put Bill Clinton back in the White House yet claim these things don’t happen in politics?). Are you advocating for virtue or mocking it? Make up your minds! Maybe we’re sick of the Left telling us what our morals should be.

Maybe we’re tired about lies on the travel ban (with an immediate camera shot of a woman in a hijab). Maybe we object to your repeated mischaracterizations of Betsy DeVos. Maybe we find it distasteful when you ridicule Rick Perry days after his father passed away.

For the record, your Steve Bannon joke was hilarious.

I could continue, but I think you get the picture. This doesn’t even account for mishaps of the last month, like a dead-end Trump/Russia story with no evidence, pitiful coverage of the Manchester bombing, and essentially no mention of Memorial Day in most major newspapers. Americans have plenty of reasons to distrust you right now, especially when you all act bewildered at why we might not trust you right now.

Quit acting like your only flaw was overconfidence. Newsflash for you: if you think Trump and his team are out of touch with the average American and you can’t understand why no one can see it, maybe you’re the ones who are out of touch.

I don’t trust Trump either, but I get why people voted for him. His solutions are garbage and his communication is worse, but at least he was the only one of the two major nominees who treated voters like people and said, “I’m listening.”

You said it yourself, Hasan. This is the golden age of lying, and Donald Trump is a liar.

But so are you, and trust is something you earn.