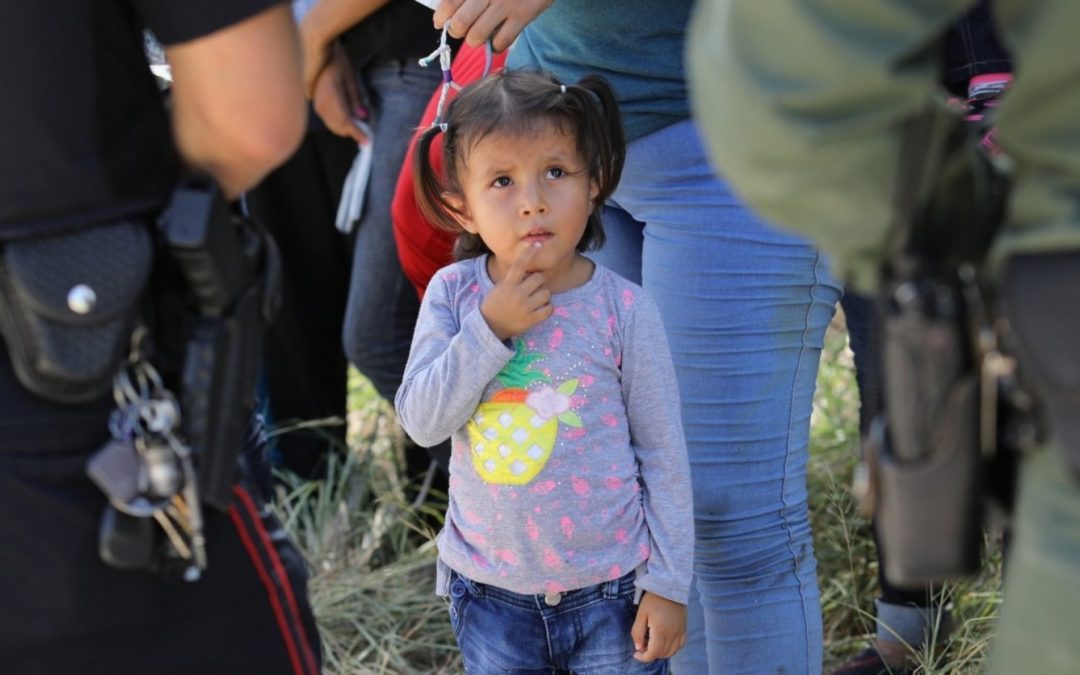 Blame criminals for the crime; blame lawmakers for the law.

Because we perceive the presidency as a near-dictatorship (and we’ve largely allowed it to become so), most of us rush to attribute to the president any major policy or event, whether good or bad. As such, President Trump’s recent zero-tolerance approach to illegal border crossings and the detainment of families has attracted the lion’s share of public vitriol to the executive branch.

Now, I’m more critical of President Trump than most conservatives — certainly more than most Republicans — but regarding the issue of separating children from parents who are detained for crossing our southern border illegally, Trump is not the one to blame.

Simply put, the role of the executive is to execute the law, which is exactly what Trump is doing. To demand otherwise is to insist that the president act as a dictator and the sole arbiter of right and wrong, unilaterally determining which laws are good and ought to be upheld vs. which are bad and should be ignored. Such judgments exceed the legal scope of the presidency, whether it’s Donald Trump, Barack Obama, or Grover Cleveland at the helm.

Left-leaning outlets have attempted to muddle the facts, claiming that Trump and Attorney General Jeff Sessions’s actions are not actually based in law, only to admit the legal measures — both legislative and judicial — that the executive branch is upholding later on in their reporting, typically near the end. One Associated Press fact-checking article at ABC, for instance, initially reports, “The Trump administration’s ‘zero tolerance’ policy is responsible for spurring family separations. No law mandates it.” But buried in the final paragraph of the article, the writers add that “in 2016, the 9th U.S. Circuit Court of Appeals ruled that child migrants who came to the border with parents and were held in custody must be released.”

Of course there’s no blanket law mandating across the board that families be separated at the border — I could go to Mexico today with my wife and daughter, and we would face no such problem. But that’s because we have passports and would cross only at the appropriate place and the appropriate time. For those who cross the border illegally, whether at the wrong place or time or without proper documentation, the Flores Settlement of 1997 demands that children be released. AP admits this, but again they do so only at the very end.

So how do they pass off these contradictory views, that Trump is fabricating this law demanding that children be separated from their parents while admitting that the law requires that children be released? The article continues, “The decision did not state parents must be released. Neither, though, did it require parents to be kept in detention, apart from their children.”

But again, under proper executive action, this simply isn’t acceptable. Title 8 of U.S. Code expressly prohibits unlawful entry into the United States. Trump’s policy of zero tolerance really just means that he’s going to execute the law 100% of the time, which is his job. It is the duty of the president to enforce the law, including the release of child migrants and the prosecution of illegal immigrants. Whether the law is good, right, or even effective is irrelevant as far as he’s concerned.

The real blame for these laws, particularly the mandate to separate children from detained parents, lies with Congress. Congress is the legislative branch, and as such their job is to legislate. If a law is bad, wrong, or ineffective — as virtually everyone agrees the child separation law is — then it is up to Congress and Congress alone to fix it.

Unfortunately, Congress has failed to pass conservative and even moderate proposals to mitigate controversial immigration laws and circumstances, in part due to the stubborn pandering of Democrats who refuse to yield for anything short of full amnesty and an eternally open border.

There is gridlock, to be sure, but whatever the reasons, this matter is for Congress to decide, not the president. The executive branch should be less dictatorial than we’ve already made it, and under a Trump administration, you’d think Democrats would more readily agree with that principle than they do.

Finally, as we blame lawmakers for the law, let’s not forget to blame criminals for the crime and point out those truly responsible for the separation of migrant children: illegal immigrant parents. Whatever the circumstances, these parents decided to break the law. If they needed asylum, there are measures in place to allow immigrants to claim such protection. Obviously, that was not the preferred tactic of detained parents, who opted for a more clandestine approach.

It is incumbent upon parents to teach their children habits of good citizenry, respect for the law, and choosing the harder right rather than the easier wrong. Clearly, parents who are detained for illegal entry into the United States have provided poor examples for the children, and they are ultimately to blame for instigating this tragic, difficult situation.

Even if a law is senseless — as most people agree separating children is — it is still the law and must be obeyed. Even if you advocate for open borders and an end to the concept of illegal immigration altogether, you must continue to recognize and uphold the law as it currently stands, otherwise you sow the destructive seeds of chaos, and unless you are fully delusional you cannot blame law enforcement for cracking down on chaos. Immigration law in no way violates the natural rights of foreigners, who must respect a nation’s sovereignty; therefore, civil disobedience to immigration law is inappropriate.

Contrasted with these irresponsible parents, the second innocent party is obviously the children themselves. The children are not accountable for the sins of their parents, and they truly are the victims here. So what’s the best thing we can do for them?

One solution is to release them from custody since they didn’t willfully violate the law — this is the current policy, although the children must be looked after by someone, and when no sponsor can be found, that responsibility falls to Health and Human Services. This is not ideal, and HHS currently lacks sufficient resources to care for these children (another reason to blame Congress, who holds the power of the purse). But the complication and discomfort of this predicament is clearly the fault of their parents for knowingly putting them in this position. However, as we’re seeing, while the law, this policy is considered by many to be inhumane.

The next solution is to keep the children with their parents, who are themselves in ICE’s custody. So while families are permitted to remain together, innocent children are deprived of their freedom, again due to the selfish choices of their parents who broke the law. But, of course, even if this policy is more humane — and there is room for debate — we have been told by the most liberal circuit court in the country that this solution is illegal.

The only remaining strategy is to release all illegal immigrants, effectively nullifying federal law. This may be what Democrats want, but again, it’s illegal under current U.S. law.

Maybe you, like me, believe that the law should be changed to allow children to stay with their parents in detainment. But that’s up to Congress, not President Trump.

And maybe you would like to see immigration law abolished — I couldn’t disagree more, but that’s still up to Congress, not President Trump.

And until the law is changed, the onus for upholding the law and avoiding detainment altogether rests upon immigrant parents, who are fully to blame for putting their innocent children into this tragic situation in the first place.