The Shifting Center of the Modern Left 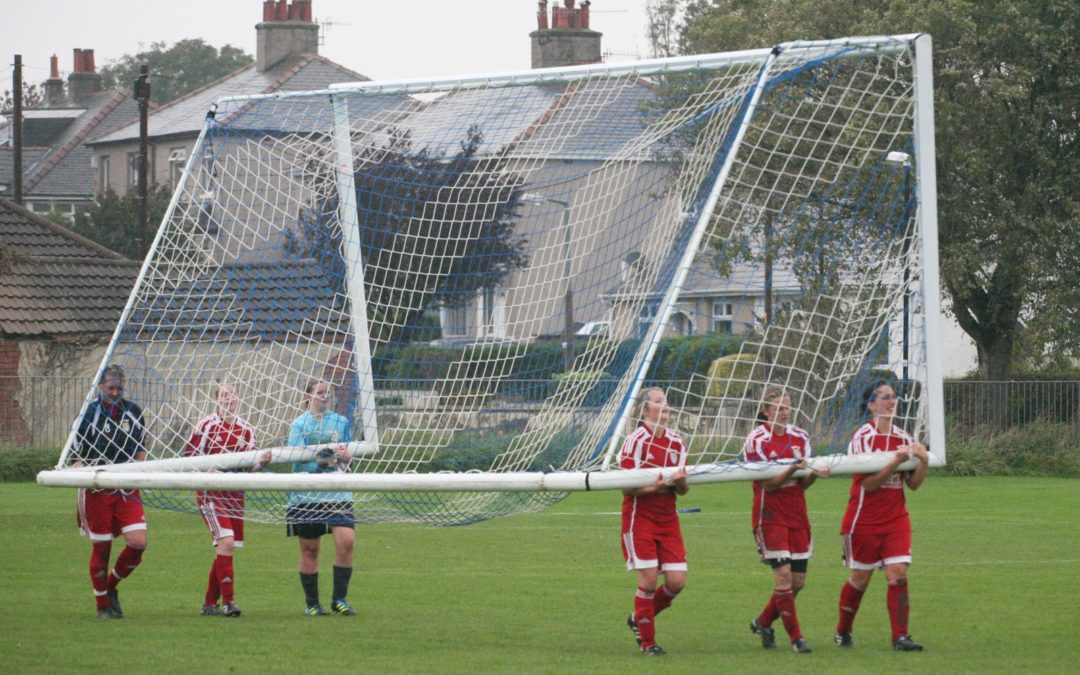 This submission comes from an anonymous reader

In the increasing hostility of American politics, conservatives are often stumped by how to combat the Left in open debate. One tactic used by the Left is shifting the goalposts. In order to fight back against this tactic, we need to first identify it, then not let assumptions be presumed true prior to entering a debate. Let’s take a look into how the Left employs this tactic and how to identify it.

Imagine a number line from negative 10 to positive 10. For the sake of simplicity, allow everything higher than 0 to be considered conservative and everything lower than 0 to be considered liberal. For example, let’s say socialized healthcare would be -7; while tax cuts could be a +7; centralized government planning might be a -8; and hands-off, laissez faire economics could be +8. Extending this idea to politicians, Rand Paul might be +7, George Bush +4. Nancy Pelosi -4, Chuck Schumer -3, and Alexandria Ocasio-Cortez might be cranked to -11.

How does a person on one side of 0 convince someone on the opposite side to migrate? Is it easy to bring someone who is a -3 to cross through 0 and become a +3? If you are a -9, how do you become accepted as a mainstream politician?

Observing the current political tactics of the left, the answer is quite simple: skew the number line to the Left. Instead of 0 being neutral, the Left attempts to push neutral to a value of somewhere around maybe -4. In that case, someone who was a moderately Left-leaning democrat thirty years ago suddenly becomes neutral. Not only that, but while a politician like Bernie Sanders or Alexandria Ocasio-Cortez is still a -11, they are only 7 points from the Center, not 11 under the old mantra. This not only pushes radical Leftists toward the new Center but also pushes mainstream Republicans to the far Right and strict conservatives to a new, radical Right. Where a +4 Paul Ryan would have been only 4 points to the Right twenty years ago, under the new definition of neutral at -4, he becomes 8 points to the Right, which is clearly a radical conservative according to the new definition of Center.

While some of the newfangled Leftist politicians aren’t savvy enough to see what their party is doing, the cleverer among them strives to slowly push the Center to the Left. An example of this was clearly evident during the Facebook Congressional hearings, wherein Mark Zuckerberg testified on Facebook, regulation, and the 2016 election. NPR ran a series of stories at the time and a similar set of debates over the radio. Listening to one of the radio debates, I was amused at the tactic the NPR host employed. To appear neutral, they had two experts representing two positions: one representing a position of a strong central government advocating for federal oversight of social media—we’ll call them the Leftist—and someone who advocated for Congress to leave Facebook to regulate itself—we’ll call him the conservative. While the two went back and forth, I realized there was a related but completely separate question that needed to be addressed first: does the federal government have the power to regulate a social media site? The tactic of the Left was once again to divert the conversation and assume one premise to prove it as fact. While Congress might have been having that debate as to whether Facebook is only a platform like a piece of paper waiting to be written on, or is it a media site like CNN or FOX and entirely responsible for the entirety of its content, the media was having another debate: should Facebook be allowed to self-regulate? The Left had already decided that the government does have the power. By only debating the second question, they assumed the truthfulness of an affirmative answer to the first question. Yes, the government has the power to regulate Facebook. By assuming this premise, the host had shifted the goalposts. Instead of having a position of +3 and -3, the debate was between 0 and -6.

Those who pay attention can see this shift of the Center is actually quite a common tactic. Another example came when listening to a debate regarding high-speed rail. There were again two sides—one advocating for federal funding for a high-speed rail connecting the coasts, whatever that cost may be, and another saying we, as a nation, cannot afford it. The host, once again, pushing the Center to the Left, asked the so-called fiscal conservative, considering all of the unnecessary spending by Congress on tax cuts and foreign wars, why we should not spend money on a national high-speed rail? The host shifted the Center. She took the premise that tax cuts and foreign intervention was a negative and asked if the high speed rail could be justified as good compared to these bad things. Falling for this tactic, the conservative didn’t even call into question the premise that tax cuts cost the government a significant amount of money, something a true conservative would be anxious to point out.

As conservatives, don’t let the Left trick you into defending a position you don’t actually believe in. Watch for their paradigm shift and call them on it. As we progress in politics (I am not sure progress is the correct word; instead, maybe move forward is appropriate), don’t allow the Left to move the Center. If we do, then we have no real compass on which to judge government. What was once classic and old-school liberalism now becomes Centrist politics, while the likes of Alexandria Ocasio-Cortez and Bernie Sanders are the new moderate Left and constitutional conservatives are called Right-wing fanatics by the Left.