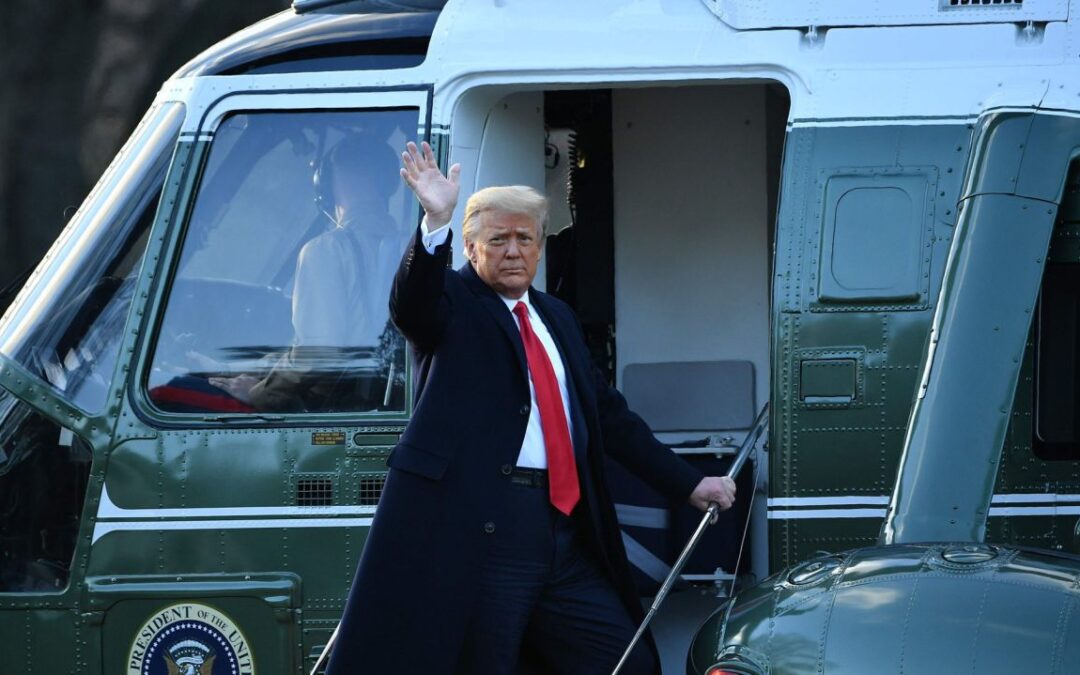 Now that the Trump presidency is over, here’s a look back with a few of the New Guards:

How do you feel now that the Trump presidency is over?

Jacob Hibbard: Exhausted. These last four years have felt like almost constant drama. Having to alternate between defending conservative principles from Progressives, Trumplicans, and Establishment types. Having to defend Trump from the Left and then defend our principles and the Constitution from Trump. Then QAnon and Stop the Steal.  I’m tired.

Jacob Martin: Confused and unsure. Where or what are conservatives anymore? What is the vision and identity of the GOP? Nervous for the future with a Blue Oval Office and Blue Senate.

Richie Angel: Relieved. Not that I’m looking forward to a Biden presidency, especially with a Democratic Congress, but I feel much better equipped to handle that mess without Trump constantly creating a new one. Trump toxified everything he touched for five years, including and especially conservatism. I’m hopeful for a future without the purity tests, where every topic in every conversation devolved into a referendum on how everyone felt about Trump personally. Trump was definitely not the worst of presidents, but it’s hard to imagine a worse mascot. Thank goodness for the end of that.

What was the highlight of the Trump presidency?

Jacob H.:  There are several good things to point to in the Trump presidency such as the appointment of Justice Amy Coney Barrett and other conservative justices, tax reform, and criminal justice reform, but I think the highlight of the Trump presidency has been his domestic deregulation of the economy and his Middle East foreign policy. The domestic deregulation unleashed our economy in fantastic ways and demonstrated once again the power of free markets to create prosperity. The normalization of relations between Israel and several Middle Eastern Muslim-majority countries has completely changed the landscape and created an important anti-Iran coalition that will hopefully keep the regime in Tehran in check going forward.

Jacob M.: Judges, foreign policy, and peace deals in the Middle East. Deregulation of businesses. Stepping back from the world’s global agenda with things like withdrawing from the Paris Agreement.

Richie: The rational side of my brain is rattling off the major accomplishments like Amy Coney Barrett, sure to be the best Supreme Court justice since Clarence Thomas; moving the embassy to Jerusalem, nobly fulfilling a decades-long bipartisan promise; unprecedented peace deals in the Middle East; or a booming economy sparked in large part by a rush of deregulation and Trump’s overall willingness (if only in this one category) to get out of the way. But honestly, on a purely gut level, there was nothing more satisfying than Trump calling Buzzfeed a “failing pile of garbage” and telling a CNN reporter, “You are fake news.”

What was the low point of the Trump presidency?

Jacob H.: This was difficult. There are several things that were very disappointing during President Trump’s presidency such as the rise of protectionism against allied nations such as Canada, Mexico, and Europe, unilateral bump stock bans, and much of his rhetoric. However, I think the lowest point of the Trump presidency was the incredible spending. Trump added $6.7 trillion to the national debt by the end of fiscal year 2020. Yes, some of this money was spent rebuilding the military, but it also went to Planned Parenthood, entitlements, and other unconstitutional federal programs. While most Republicans and conservatives temporarily forgot the importance of fiscal responsibility, the situation is still dire and we will pay dearly if we don’t turn this around.

Jacob M.: The election fraud claims. The last three months have been exhausting and misleading on the part of the Trump administration. His work and group created little chance of any true election reform and actually turned many Republicans against the Electoral College. It fractured an already divided GOP and played a part in us losing the Georgia Senate races.

Richie: How much time do you have? Easily the last two and a half months of his presidency, culminating in his absolutely impeachable conduct during (if not before) the Capitol insurrection. A few months ago, I thought it couldn’t get worse than the unabashed affection for the worst kind of thuggish, murderous dictators across the globe, including “love letters” and congratulating despots for their rigged elections and self-appointments as president for life. But after months of endless and shameless lies about election fraud, ratcheting up the temperature of his base, and all around toddler tantruming, Trump not only lost Republicans a practically guaranteed Senate majority, he played a major role in fomenting the breach of the Capitol, in which violent extremists murdered a police officer and terrorized members of Congress in an attempt to disrupt the constitutional electoral process. Whatever Trump’s culpability in bringing us to that boiling point, he did not incite the riot, and as always Democrats overplayed their hand in the impeachment charge they brought. But Trump did behave impeachably during the breach itself in at least three ways: 1) tweeting that his vice president had cowardly failed to protect the Constitution after Pence was reportedly evacuating, the Capitol had already been breached, and the mob chanted “Hang Mike Pence”; 2) refusing to deploy the National Guard or take any measure to quash the violence, including making any initial statement; and 3) when he finally did release a statement, doubling down on his claims that the election was stolen and all legal recourses had been exhausted, calling violent insurrections “very good, special people” that he loved.

What lessons should conservatives learn from the Trump presidency?

Jacob H.: Conservatives should learn from President Trump the importance of boldness and how boldness can foster support for our policies. If we as conservative can channel the boldness of President Trump in support of our values, people will rally and we can score wins that were not considered possible.

Jacob M.: The culture war is real. The GOP can no longer campaign on the economy and low taxes anymore. The GOP has to invest in the minority vote. The GOP has to be openly pro-life, pro-families, and pro-deregulation. We have to fight for a return to Federalism. And we have to elect good men who can be palatable and fight back against leftist rhetoric and the mainstream media.

Richie: The media, mainstream or otherwise, is not your friend, and you should never trust anything they tell you without independent verification. Trump correctly pegged that obstacle from day one. Beyond that, conservatives should be proud and bold in declaring the truth and goodness of their policies, just with a palatable avatar. In other words, boldness is necessary, but not sufficient.

What is your final grade for the Trump presidency?

Jacob H.: This is hard.  I’m going to go with a B-. When you look at the whole of the Trump presidency, there are so many positives in so many different policy areas, but the negatives with regard to his views on trade, spending, executive overreach, and at times destructive rhetoric bump him down from a B+ or solid B to a B- for me.

Jacob M.: C. On paper, he’s the best president since Reagan policy-wise. But he spent like crazy, expanded executive power, and drove the GOP away from conservative/libertarian principles. The Tea Party is all but dead now. We have no identity as a party—which is dreadful with midterms in the near future. Trump is a populist and crowd pleaser. That gets us nowhere as a country.

Richie: I think my colleagues are overly generous to a president who put so many bullet holes in the feet of conservatives. Trump gets a D for Democrat—what he always was and what he left us with. Not even his greatest strengths can overcome the antics and distractions, the pointless squabbles, the missed opportunities, and the broken promises. Don’t get me started on massive debt and almost as many executive orders in one term as Obama signed in two. Sure, we had some good times along the way, but it cost us whatever was left of the conservative movement. From omnibus betrayals and idiotic tariffs to the utter failure to produce any significant legislative victories outside of a tax cut and a controversial criminal justice reform bill, or from the indefensible rhetoric to the compulsive redirection of anything remotely positive to another foot in the mouth, how fitting that the president’s final official acts included pardoning Steve Bannon for defrauding Trump supporters on a “Build the Wall” kickstarter. So goodbye, Mr. President. At least we got a meme for every dollar you added to the debt (eight trillion and counting).