The Best and Worst Strategies for the Top Presidential Tickets: Trump/Pence vs. Biden/Harris 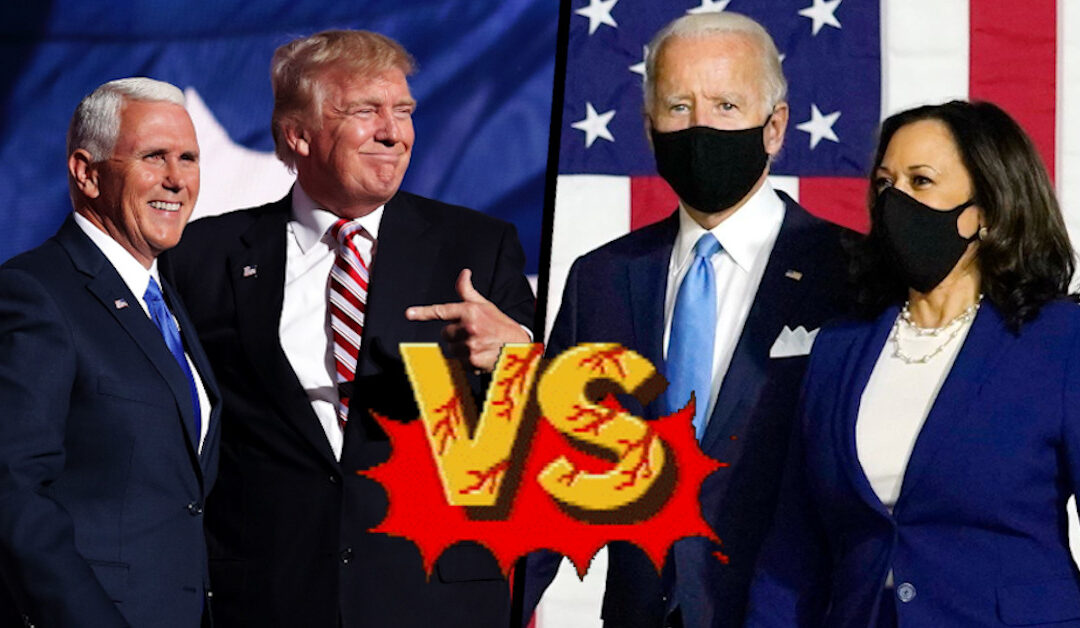 One of the nice things about not having a horse in the presidential race is that it grants me greater objectivity in evaluating what’s working and what’s not. But until recently, it was difficult to perform much election analysis without knowing the major variable of whom Joe Biden would select to run as his vice president. With Biden finally announcing Senator Kamala Harris as his running mate, all cards are now on the table and the country is ready for the main event matchup of Biden/Harris vs. Trump/Pence.

Far be it from me to referee this bloodsport, so I just want to offer my two cents as a third-party (no pun intended) wannabe analyst. Similar to our brief series from last year, The Proving Ground, which outlined the best and worst arguments on opposing sides of controversial national debates, I would like to outline what I believe are the best and worst strategies for each of the two major party presidential tickets.

Let’s start with the incumbent. If I were the president and I actively wanted to lose the election, I would simply continue as normal: continue tweeting either a fascistic threat or numbskull trollery (more likely but equally dumb) about unilaterally delaying the election; continue insisting that the late Rep. John Lewis’s legacy will be that he didn’t attend my inauguration rather than his heroic role in the civil rights movement; continue forwarding baseless birther conspiracy theories that Kamala Harris isn’t eligible for the vice presidency because her parents are both foreign-born but were Ph.D. students at Berkeley and legally residing in the United States when Kamala was born; continue taking interviews with sharp reporters like Jonathan Swan and arriving utterly unprepared; continue underplaying the threat of COVID-19, making it look like I think bad COVID numbers automatically reflect poorly on me and thus that every outbreak is likely my fault even if it isn’t and I’ve actually done pretty much what I was supposed to; (edit) and as of a few moments ago, propping up the QAnon conspiracy because “they like me very much.”

2020 has been a disaster for Trump, in part for circumstances beyond his control. But poor handling of even an incidental situation can exacerbate the public’s perception of incompetence, ignorance, or flippancy. In late July, polls showed Trump losing not only every major swing state but also Texas, losing which would be a death knell for his campaign. Trump has always suffered from foot-in-mouth disease, but that will have much greater consequences during a time of national pandemic and rioting in big cities when Americans are craving strong, dependable leadership. If Trump actually wants to turn his numbers around, he needs to stop saying dumb things. That includes deliberate, manifestly unhelpful trolling of the Left. Exercise some control.

Another miscellaneous bad strategy that I have heard suggested would be to replace Mike Pence as vice presidential pick. This would backfire tremendously. Not only has Pence done well in his role as Trump’s wingman, but even an objectively more exciting running mate would not distract from the fact that if Trump is reelected, Trump will be the president. This can’t totally be said for Biden (we’ll get to that), but for Trump, a new and improved VP would do nothing to increase his chances. If anything, it will hurt him. As I said, people want dependable leadership even more than normal right now. Trump’s administration is known for its volatility and sky-high turnover rate. The last thing he needs is another highly publicized indication of internal instability. In fact, just stay out of the headlines as much as possible. No news is good news for Trump because it means no gaffes.

August 11th was Donald Trump’s best day of 2020. Joe Biden naming Senator Harris as his running mate hit the Trump campaign like a defibrillator. Following the nomination of Kamala Harris as vice presidential candidate, President Trump has seen a surge in his polling to within the margin of error according to CNN, and he has regained the lead in Texas by seven points according to FiveThirtyEight. Republicans may mock Biden as not all there or a creepy uncle, but they despise and are energized against Harris. Between laughing and loathing, embrace the comedy. If I’m Joe Biden, the worst thing I can do is lean into Kamala. He has already announced himself as a transitional figure, but he shouldn’t be so obvious about the fact that we’re probably voting for the next two presidents of the United States in November.

Because of the perception that Biden won’t complete his first term, his VP pick was always going to get outsized attention, and it couldn’t be somebody like Biden — it’s hard to find a similar block of wood. I don’t mean that as an insult; it’s actually one of Biden’s biggest strengths. Republicans aren’t afraid of him because they see him as a dead man walking. But they are afraid of Kamala, so keep the ticket Biden/Harris, in that order.

On that note, I have seen the strategy that Biden should resign and let Kamala take Trump on head to head. This is beyond idiocy. Not only is Harris far less popular than Biden — as evidenced by the Democratic primary, which one of these two won while the other resigned before a single vote was cast due to dismal polling despite a fleeting popularity surge — but Republicans are far more motivated against Kamala than they are against Biden. If she must be on the ticket, at least don’t lead with her.

Perhaps predictably, if Biden’s worst option is to place Kamala front and center, Trump’s best strategy is to shower her in spotlight. Make everything, every single campaign-related word, about Kamala Harris and her radicalism, opportunism, and cynicism. Ignore Biden entirely, other than to insist that Biden is neither relevant nor in control, in part because he is senile but also because he has caved to the radical wing of the Democratic Party. Even if Biden is relatively moderate or tolerably liberal, the argument goes, he has surrendered to the impassioned agenda of the Harris, Sanders, Ocasio-Cortez wing of the coalition. I would argue that Biden wouldn’t be president for long anyway and wouldn’t be able to perform even his basic duties in the meantime, so the race is actually Trump vs. Harris — a matchup in which Trump performs much better than the alternative.

And what would Trump point to as evidence of Kamala’s radicalism? Why, thank you for asking…

While Trump recites “person, woman, man, camera, TV,” Biden’s mantra must be an equally forceful “deflect, gaslight, memory-hole, rebrand.” While keeping Biden center stage, Democrats need to work overtime to erase Kamala’s radical record as the “most liberal senator in 2019” per GovTrack. Luckily, the New York Times is but one of the outlets immediately jumping in to do the legwork of the Democratic Party, titling Harris a “pragmatic moderate.” So maybe this strategy won’t require as much covert effort as you might otherwise expect. Nevertheless, a vice presidential pick is supposed to create a coalition and expand your voter base. Democrats were already committed to Biden (or really anyone but Trump), but Kamala will almost certainly ostracize swing voters more than win them over.

Thus, Biden’s best strategy is to give Kamala a complete makeover, making everyone forget that Kamala:

There’s probably more that I’m forgetting. The point is that Kamala Harris is one of the most radically Left-leaning vice presidential picks in American history, and because a Biden victory would almost inevitably transition into a Harris presidency, she would also easily be one of the most Left-leaning presidents. Ever a country with an ongoing identity crisis, the United States doesn’t want an incredibly conservative or progressive president. Her history hurts Biden’s chances unless he can reshape or delete them from the public consciousness.

One final observation: whereas Trump’s gaffes present a chaotic front that estranges voters, Biden’s gaffes may actually do the opposite and make him appear less dangerous. Biden’s team has no need to plan them out — if you book it, he will flub — but they shouldn’t feel pressured to avoid them. The gaffes don’t inspire confidence that Biden will be a commanding leader, but they also don’t paint him as a malevolent threat . If you can’t point to a Trump error, laugh with everyone else about the Biden misstep. Anything to avoid focusing on Kamala.