Thank You, Veterans, for My Memories — But Most of All for Yours 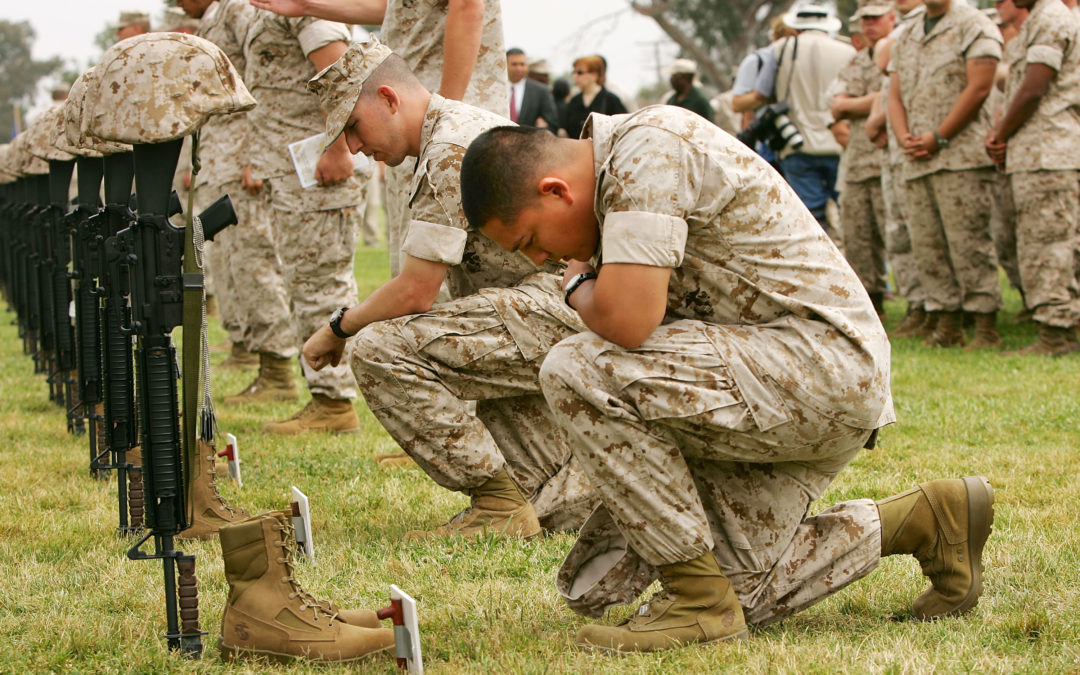 Every Memorial Day, I walk through a nearby cemetery and pay respects to every fallen veteran I can find. I review the wars they fought in, how old they were when they fought, how old they were when they died, and which branch they represented. I take special care to honor veterans of Vietnam, due to both the unparalleled horrors of guerrilla warfare they witnessed and the mistreatment they received upon their return.

I try to imagine these veterans’ lives after the war, taking into account the spouse buried next to them, the inscriptions of “husband, father, and son” etched into their final resting place, and the lavish arrays of flowers left by loved ones generations later. I cannot possibly express my gratitude for these men and women who served, nor to the families who sacrificed so much to support them.

But Memorial Day has always been a rather impersonal holiday for me. I don’t believe I’ve ever known a soldier who’s fallen in battle, and I’m sure I’ve met several veterans who later passed on, but none come to mind — certainly not relatives or close friends. All of my veteran grandparents are still living, and I’ve never attended a funeral for a veteran and witnessed the glorious stars and stripes draped in honor over the casket of one of America’s heroes. I’m greatly blessed not to have been made to endure that kind of loss.

But there are many of people who have, and I hope we can take the time to recognize them today. Last year, I wrote a piece dedicated to thanking veterans who were willing to sacrifice all but were ultimately not called upon to do so. I would also be remiss if I failed to thank the courageous and selfless families of our servicemen and women who hold down the fort and provide invaluable love and support for their parent, spouse, child, or sibling.* But as alluded to, this year I would like to commemorate two related but different groups.

First, to all those who have lost a loved one to war — whether on the battlefield, in the comfort of home years later, or anywhere in between. Thank you for fighting for my freedom by standing behind a soldier — any war effort needs a Hestia to preserve the hearth just as much as it needs an Ares to fight the battle, otherwise what are we fighting for? Additionally, I imagine that it would be much harder to lose my spouse or child to war than it would be to give my own life. Thank you for having to courage to live on and honor the legacy of the fallen. While I walk through a cemetery and offer sincere but insufficient gratitude to people I’ve never met, you move directly to one gravestone in particular, visiting someone whose absence has affected you personally — someone who knew you, loved you, and died for you. Yours is a feeling and a sacrifice that I cannot imagine nor adequately revere. Thank you.

Secondly, I wish to pay tribute again to living veterans, but this time for a different reason. As former Navy SEAL Robert O’Neill, the man who killed Osama Bin Laden, wrote this week, we shouldn’t wish others a “Happy Memorial Day” nor “celebrate” this sacred holiday. Instead, we ought to commemorate, reflect, and pray. But while most of us commemorate deaths that allow us the memories of living in a free land, many veterans have actual memories of the deaths we commemorate. For me, freedom is something I have; for you, freedom is something you watched a comrade lay down his or her life for firsthand. Not all veterans have been subjected to such as sight, but I would never dream of asking which have and which have not. Therefore, I will extend this specific area of gratitude to all who have served. Thank you for continuing in life even after seeing one end. Today, we honor the memories of the fallen, but we also thank you — as reverently, respectfully, and tastefully as we can — for witnessing them fall.

*For more information about families who provide unshakable support for their loved ones serving in the line of duty, please check out The Waiting Warriors Podcast on iTunes. Hosted by an Army wife, each episode features a different family member of a soldier or first responder to discuss things like making the most of your time during a spouse’s deployment, learning to adapt to unpredictable schedules, reacting properly when a loved one faces dangerous situations, and so much more. Rise above mediocrity and learn to thrive with The Waiting Warriors Podcast.