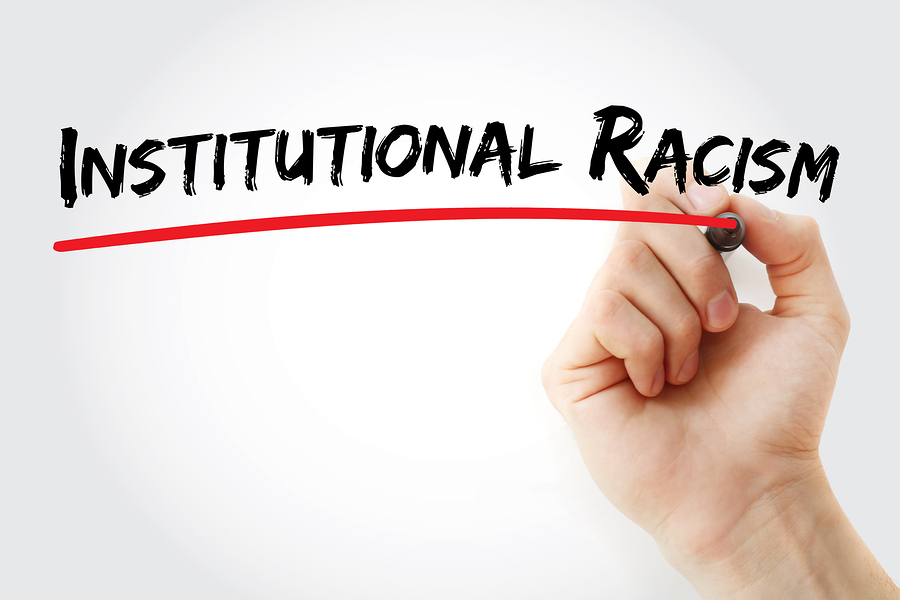 This reader submission is by Nicholas Gergetz

Believers of systemic racism think there is something fundamentally wrong with the social and political structures in the United States. They say historically, whites have employed legal systems and socially exclusionary techniques to marginalize blacks and maintain an ethnic monopoly in economic, social, and political hierarchies. Otherwise, why are whites on average so over-represented in the upper tiers of said hierarchies?

Believers of systemic racism then conclude that the solution must lie in changing the system by which whites procured the advantages (“privileges”) they have enjoyed since before the nation’s inception.

Left to itself, this idea is relatively benign. Because systemic racism towards people of color is at an all-time low in American history (and has certainly been much higher), it should be quite easy to make a simple appeal to history and chart blacks’ acquisition of civic rights and social, political, and professional acceptance.

However, believers of systemic racism are still unsatisfied. They still say that the system is rigged. Why do they persist in this opinion when the evidence is overwhelmingly against their thesis? It’s because there is a hidden motive in the movement. That motive is one of primarily Marxist character.

Believers of systemic racism are still exclaiming “fix the system” because although systemic racism has all but disappeared, what they aim to alter has not yet been altered. They have exploited and continue to exploit the virtue of a black liberation movement to advance Marxist ideas and politics, ideas which strike at the core of what America is and stands for; concepts which have sadly become all too mainstream in today’s political discourse – such as redistribution of wealth, government control of industry, the strengthening of the police state through censorship and other means, and the overriding and deconstruction of the Constitution – are at the heart of the systemic-racism-crowd’s message.

Through the deduction that limited government, private property, free enterprise, and the Constitution are the culprits to blacks’ lackluster performance relative to whites, one’s mind is made fertile ground to receive the seeds of Marxist theories of class struggle and the Ten Planks of the Communist Manifesto. The Marxist narrative’s jargon coincides remarkably with that of the campaign’s objective to achieve “justice” for the African-American, avenging the wrongs committed against the black community for centuries. Marxist leaders have deceived a great many through flattery and manipulation of media and mouthpieces into believing that not only does systemic racism exist but that nothing short of an overhauling of the American system will cure it.

Because the “system” is corrupt, they claim, only radical opposition can bring it down, not infiltration. Violence against innocent non-aggressors based on their skin color, socioeconomic status, or voiced opinion, whether via the arm of the state or taking the administration of justice into their own hands, receives praise as an honorable and legitimate course of redress. The chant of systemic racism is never diminished, despite the rapid advances blacks have made, because Marxists must maintain their pretense, their mask of virtue in the eyes of the uninformed, as long as they can.

What the believers of systemic racism see is a grand humanistic effort striving to make America, the place, better for everyone. What they do not see is that they are threatening America, the institution — the leader of the free world and the pinnacle of justice and opportunity. When met with accusations of being un-American, they cannot understand why their ideas are worthy of reproach. They confuse humanism and Americanism. They think, because of the fabricated definitions they have been fed, that Americanism is a synonym for humanism. What they do not or refuse to understand is that the American system encompasses individual, God-given rights to life, liberty, and the pursuit of happiness, a limited federal government according to the Constitution, free enterprise, and equality before the law.

But bring up any of these herald principles which were predominant at our nation’s founding, and they recoil. They assert what they have been told, that those institutions are fundamentally racist — otherwise how else can whites remain on top after two centuries under this legal tradition? No need to go in to the details or debate specifics – any system that produces results as atrocious as these must be a bad system.

It is this ideological streak in the systemic racism advocacy groups that concerned citizens see as anti-American. Lamentably, we have come to a point where the tenets of a new Marxist humanism are indistinguishable from the watered-down and redefined standards of the American tradition. This trend is not confined to the black community or any other ethnic group. It is a shockingly widespread phenomenon among millennials as well.

Education through all platforms and media possible would seem necessary to re-educate Americans about what that appellation truly entails, such that the societal direction is rectified – or we will have lost America and the fundamental truths it stands for.