Sexual Orientation Discrimination DOES NOT Apply to the Masterpiece Cakeshop Case 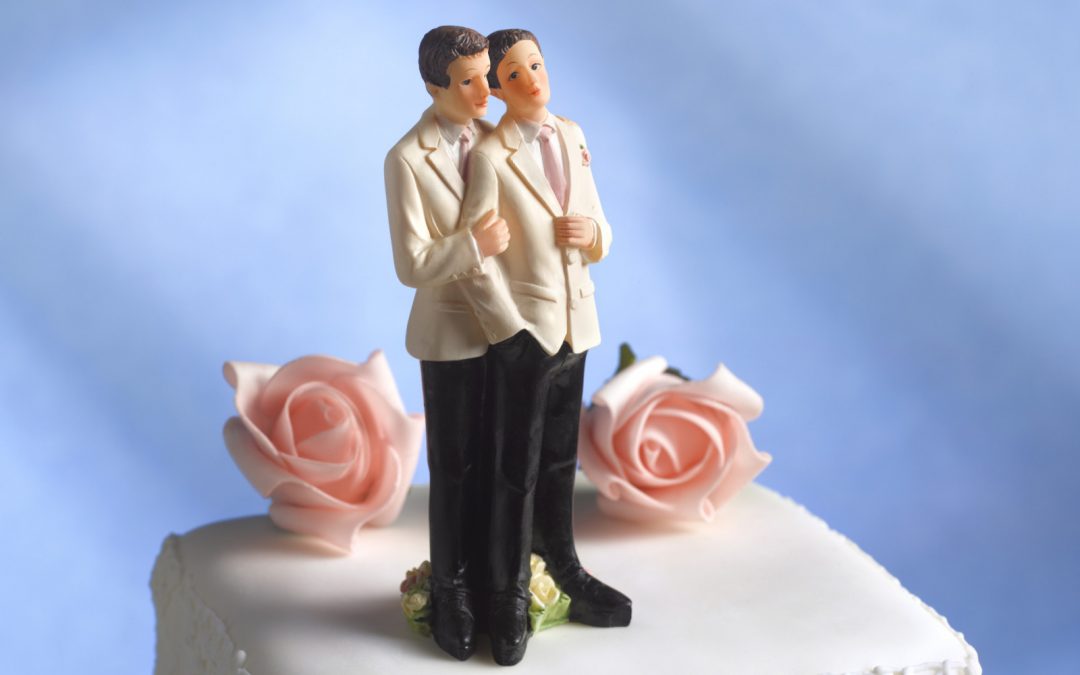 Specifically Masterpiece Cakeshop v. Colorado Civil Rights Commission, wherein store owner Jack Phillips awaits a decision on his refusal to bake a cake for the celebration of a same-sex wedding.

Forget about the Constitution for a second — I’ll give it back when I’m done, I promise. Set aside federal law, don’t worry about natural rights. That’s not what this case is about, even though I wish it were.

Yes, the biggest implication pending the Supreme Court’s decision regarding the unalienable right to a wedding cake is that of property and labor rights, as Jacob Hibbard has previously pointed out. Unfortunately, realistically, that won’t be the actual question on the mind of SCOTUS justices as they review this case. The biggest factor involved here is exactly what’s written in Colorado’s law books.

A state court cannot perform judicial review by ruling a state law in violation of a federal statute or even the Constitution. This would exceed their authority. That business belongs to the people, state legislatures, and federal courts. A Colorado court claims jurisdiction only over the state of Colorado.

Federal courts are a different story. No federal court, including the United States Supreme Court, has the authority to rule a federal law unconstitutional (even though they do it literally all the time). They are, however, capable of ruling a state law in violation of a federal law, per the Supremacy Clause of the Constitution.

But hold your horses — that still doesn’t mean that a federal court can necessarily always defer to the Constitution. Numerous federal laws/statutes exist which defy the Constitution, whether enacted by presidents or legislators, but the judicial branch must rely solely on existing federal law, even if that law violates the Constitution. Look at it this way: SCOTUS cannot uphold the Constitution in such a way that would violate the Civil Rights Act of 1964 (relevant to this case), as this would nullify standing federal law and constitute an act of judicial review, which judges have no authority to do.

So don’t look to the Supreme Court to base their decision solely on the Constitution, as declaring Colorado’s public accommodation laws unconstitutional would most likely incriminate federal discrimination laws, which they cannot do. Nor will they probably condemn the state law without somehow affecting the federal statute, as the two are virtually identical. Ideally, justices are supposed to be able to base judgment solely on constitutional principles, but thanks to legislative overreach, their hands are tied.

Sadly, as much as we want to see the Constitution in action in this trial, we almost certainly won’t. What will determine this case is whether Mr. Phillips’s behavior indeed violates Colorado civil rights legislation barring discrimination based on sexual orientation.

Luckily, it doesn’t. Even when playing by progressives’ unconstitutional rules, Mr. Phillips should still emerge victorious. Here’s why:

The pertinent piece of the law in question, the Colorado Anti-Discrimination Act (§ 24-34-601), reads in its 2008 version (using the amended 2014 statute would violate ex post facto protections, as the incident occurred in 2012):

(2)(a) It is a discriminatory practice and unlawful for a person, directly or indirectly, to refuse, withhold from, or deny to an individual or a group, because of disability, race, creed, color, sex, sexual orientation, marital status, national origin, or ancestry, the full and equal enjoyment of the goods, services, facilities, privileges, advantages, or accommodations of a place of public accommodation.”

The first way to escape charges would be to convince the bench that Mr Phillips’s shop is not “engaged in any sales to the public,” instead that he operates on a more private, personal level. The law specifically references “any place to eat,” and a front for cake design arguably doesn’t qualify, as no consumption takes place on the premises. Both of these are a stretch at best, especially with the phrase “but not limited to.”

There’s no two ways about it; Mr. Phillips’s team will have to convince the bar that he did not “refuse, withhold from, or deny” services “because of…sexual orientation.” This option is much, much easier.

Take special note of the qualifier “because of.” The very fact of the customer’s sexual orientation must be the reason he or she was refused service — it doesn’t say you can’t refuse service to a gay person. You must refuse service because they are gay. That’s a huge difference, and that’s not what happened here.

Mr. Phillips refused to serve Mr. Craig and Mr. Mullins (who were returning customers) at a particular event with a particular message with which he chose not to be associated. Refusing to serve a gay person is not the same as refusing to cater a gay wedding, just as the black owner of a reception hall refusing to provide his facilities for a KKK rally is not the same thing as refusing service based on a person’s race, or a Muslim declining to provide Christmas cookies is not the same as sending away all Christian patrons  — there is an immense difference between status (being gay, white, Christian, etc.) and conduct (a wedding, a rally, a holiday party).

This is downright silly and dare I say moronic. Sexual orientation alone does not force a person to marry, whether homosexual, heterosexual, or bisexual. Marriage is an elective action. Yes, people have the right to be gay, or straight, or Catholic, or black (side note: all of these have something in common: you’re born that way and you never change). No, that doesn’t mean that someone’s disapproval of your actions is a condemnation of your existence.

“But for my nationality, I would not celebrate Halloween.”

“But for my religious beliefs which allow me to consume alcohol, I would not have sought a rum cake.”

“But for my heterosexuality, I would not have requested that particular sexually explicit decoration on my cake.”

(Tangentially, no straight couple who was refused service for their bachelor party or phallic frosting design has ever sued Mr. Phillips).

I can’t wait until this line of defense enters the criminal justice system:

“But for my belief in Allah and His condemnation of the infidel, I would not have run over Londoners with my van.”

“But for my Mexican ancestry and brown skin, I would not have realized my white wife had cheated on me when she had an black baby and I wouldn’t have taken revenge.”

This case should be open and shut, and not just because of natural rights and constitutional protections. Mr. Phillips’s behavior in no way violates the Colorado Anti-Discrimination Act. Status is not conduct. Who you are and what you decide to do about it are two completely separate issues. You might still think that what Mr. Phillips did was wrong — that’s fine. You might think it should be illegal — that’s fine too. We can discuss those points at another time. But for this case specifically with the law as it was written at the time of the incident, Mr. Phillips is clearly not guilty of any illegal discrimination. Now we’ll just have to see whether the Supreme Court will actually uphold the law or…do what it normally does.

P.S. You can have the Constitution back now. I know that must have been hard.