Republicans Will Retain Control in 2018. That Might Actually Be a Bad Thing 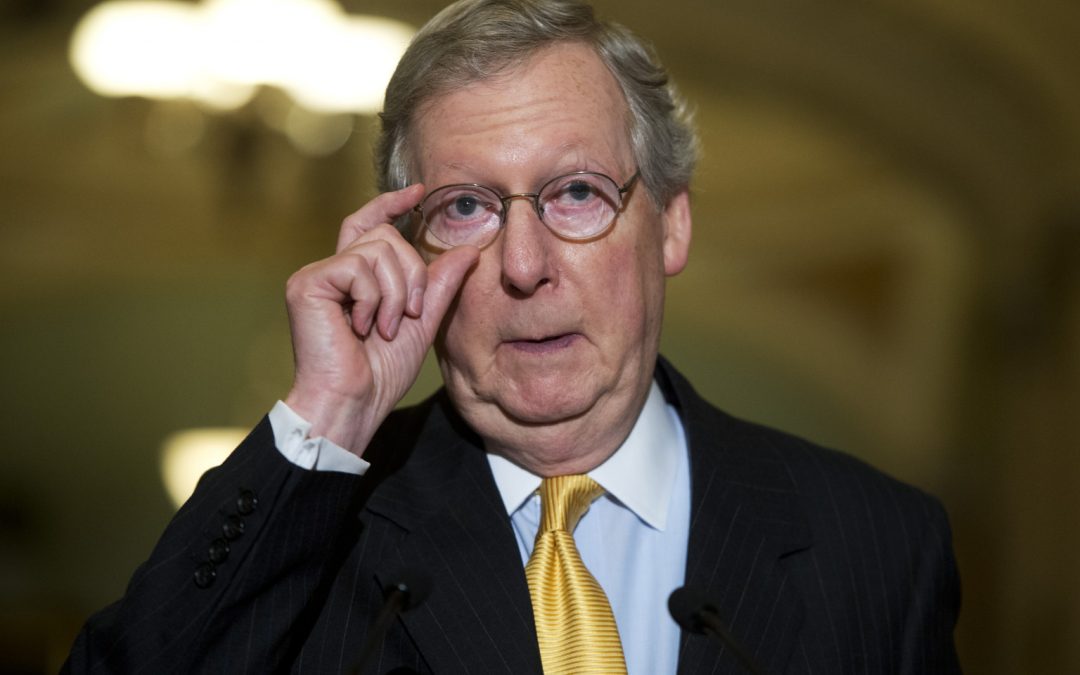 This article is prompted by the announcement from Senators Mike Lee (R-UT) and Jerry Moran (R-KS) that they will not be supporting the Senate healthcare bill, the Better Care Reconciliation Act (BCRA). But this post will not be about why the BCRA is atrocious, since that’s already been addressed thoroughly by Ben Shapiro, Steve Deace, Daniel Horowitz, and more. Besides, there’s no point in rehashing their arguments now that the bill is effectively dead.

With a slim 52-48 majority in the Senate, Republicans can’t afford more than two contrary votes if they want to ram this pile of garbage through. Lee and Moran join Senators Rand Paul (R-KY) and Ron Johnson (R-WI) as stalwart conservative opposition to the progressive legislation, and even if they’re the only ones, that’s enough to lay the BCRA to rest.

As it happens, these four conservative voices are not the only dissenters among the GOP, although they are the only ones objecting based on right-wing values. As Ted Cruz pointed out, “there are a whole bunch of Republicans that are arguing we need to spend more, more, more, more, more, who frankly sound like Democrats.” Senator Cruz, though, has pledged his reluctant approval for the current BCRA.

Senator Susan Collins (R-ME) noted that there are eight to ten Republican senators with at least some level of apprehension to the bill, but Sen. Collins and several others — Dean Heller (R-NV), Shelley Moore Capito (R-WV), Rob Portman (R-OH), John Hoeven (R-ND), and Lisa Murkowski (R-AK) — criticize the BCRA because it’s not socialist enough. Sen. Collins has even endorsed continued funding for Planned Parenthood, and Senators Collins, Capito, and Murkowski all voted against a motion to repeal now, replace later on Tuesday. Capito explained, “I did not come to Washington to hurt people.”

To seal the deal, Senate Majority Leader Mitch McConnell, who distorted the Cruz-Lee amendment and locked in the bill’s left-leaning scope, attempted to appease moderate Republicans by admitting that any proposed Medicaid cuts were fictitious anyway.

It’s time to face the facts: the GOP, at least this GOP, will never, ever repeal Obamacare. Not even if Trump trounces in to pound his fist and lay down the law — a possible yet unlikely proposition, as Trump has long supported single-payer healthcare but recently came out in favor of a temporary repeal.

Nope, this bill is done. But now that we’ve seen the true colors of most Republicans in Congress, so are any hopes Republican voters had for Washington to pull its grubby hands out of the market formerly known as Free. Once we can accept that inconvenient truth, we can get back to something neither party has been particularly good at lately: thinking ahead.

Democrats are touting the 2018 Congressional Election as their chance to strike back, much like the Tea Party takeover of 2010. How likely is that? In my opinion, not very. But that’s not because the GOP is so secure.

Here’s the problem with Left as far as electability is concerned: they still don’t know why Hillary lost in 2016. Even when they (briefly) settle down from their Russia hysteria, the Democratic mob still falls miserably short of understanding the mind of the average American voter.

At first they thought Trump won because he’s a celebrity — so they began calling for a 2020 presidential run from Dwayne “The Rock” Johnson. Then they realized that Trump won in part because he wasn’t Hillary. So they drafted their 2018 party slogan: “I Mean, Have You Seen the Other Guys?”

Other than the ever-increasing size of government involvement coming from both sides, Democrats aren’t pushing an agenda any more than the GOP. The Left still hasn’t grasped that even if Trump hasn’t followed through on many of his campaign promises, and even if very few of them were actually right-wing, the Republican base largely supported Trump’s policies.

In other words, it’s not Trump himself that the GOP sponsors; it’s the platform. That’s a vital difference to consider when discussing the 2018 election cycle.

Donald Trump now boasts the lowest presidential approval rating in over 70 years. But Hillary’s public approval is even lower. Most Trump voters weren’t actually Trump supporters, and the same can almost be said for Hillary’s base (give or take 3%). The 2016 election was about stopping the other guy, about who’s worse than whom, and apparently that’s still the focus — which, believe it or not, could actually work in favor of the Republican Party.

Elections have been anything but predictable recently, even abroad, so take this with a grain of salt:

The House should be easy to retain in 2018. Since Representatives only secure a two-year term, every seat will be contested next November. Still, with a 240-194 majority (plus a Republican vacancy in Utah left by Jason Chaffetz), I don’t see Democrats rallying such a devastating upset. The gap way very well shrink, but control will likely remain in the hands of Republicans, moderate as they may be.

The Senate is another story, but I think Republicans are still safe in 2018. The mere 52-48 GOP majority may seem daunting, but Democrats don’t have nearly as much opportunity to upset the establishment here as they do in the House. For one thing, only nine Republicans are even up for reelection in the upcoming ballot, and six of those seats are considered “safe” according to 270 to Win.

Of the other three, Ted Cruz is marked a “likely” victory, with Senators Jeff Flake (R-AZ) and Dean Heller’s (R-NV) seats classified as leaning Republican . Heller is one of the moderate Republicans in favor of increasing the scope of healthcare, but as his state is currently pushing to become the first to adopt Medicaid For All, that might not hurt his chances. Flake’s constituency is far more divided on healthcare, so he’s unsure how to vote on the BCRA. Couple that with his scarce personal appearances among voters and famously low approval, and he might be in some trouble.

That said, Democrats face an even worse predicament. Of their thirteen uncertain bids, three are considered outright “toss-ups” (Indiana, Missouri, and North Dakota, all Trump states), and five incumbents are ranked to “lean” Democratic (Florida, Montana, Ohio, Wisconsin, and West Virginia, also all Trump states). Things don’t look too great for Democrats, especially if they can’t pull themselves together and run a cohesive campaign with a functioning platform. As it stands, I think they’ll actually lose seats in 2018.

I couldn’t possibly give you an exact ratio, but this is my best guess: Republicans will retain both chambers in 2018, losing seats in the House and gaining a few in the Senate.

Let me briefly explain why that’s not necessarily a good thing.

As long as Democrats continue to implode, Republicans will stay in control. That means that no matter how bad the GOP is, how progressive their agenda becomes, and how often they disregard their constituencies, they can actually run on “We’re Not the Democrats” and still pull ahead. That’s a dangerous amount of leverage. That removes all accountability and need for public trust. They’re safe as long as they’re not Bernie or Faux-cahontas.

That’s why Obamacare will never go away, even if it’s packaged under a new name. That’s why twenty-four Republicans — including Rep. Justin Amash (R-MI) — can vote to preserve taxpayer-funder gender reassignment surgeries for the military and nobody will bat an eye.

Social media is littered with cries to “drain the swamp” any time a Congressman does something we don’t like. Wouldn’t it be wonderful if we held that tight of a leash on Washington? You break one promise to your base, you’re out. You violate the Constitution one time, you’re out. Establish a pattern of distrust with the folks back home? Gone.

So what do we do? First and foremost, remember your vote is a sacred trust — don’t just vote to win. If your Representative or Senator doesn’t represent you or (more importantly) the Constitution, then they don’t deserve your vote. That might mean Democrats step in, but that might be what this country deserves. It also might be just what we need to wake up. Sometimes you have to hit rock bottom before you realize how far you’ve fallen.

Still, let’s avoid that if we can. If your incumbent doesn’t cut it, primary him. Kick him out before he forces you to choose between the lesser of two evils. That might not be easy, but in the words of Captain America, “the price of freedom is high.”

Finally, I’d like to believe that people can change. Write, call, or visit with your Representative and let your voice be heard. They might surprise you. They might not. But until they start feeling like they have to answer to the people they serve, they’re not going anywhere, and they’re not going to change a thing.