Rep. Mia Love’s best strategy in Utah is to do nothing 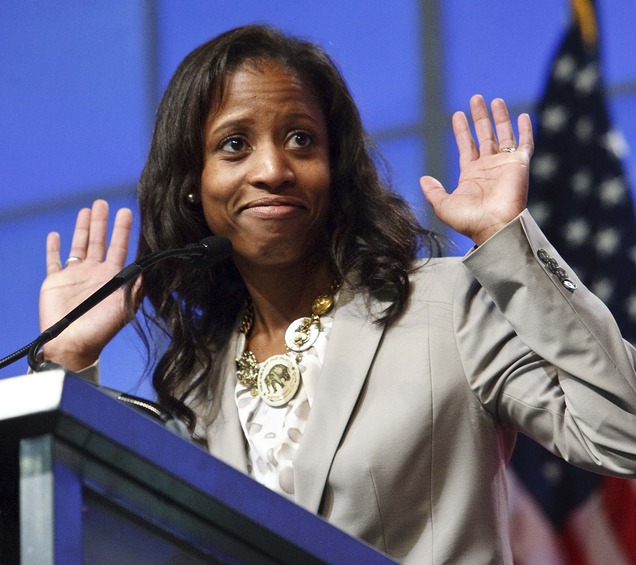 Utah may be a traditionally red state, but that mostly applies to the presidency. While true that a Republican currently sits in each of the state’s federal offices, that comes more easily to some congressional districts than others.

Utah’s 4th District stands out as the Beehive State’s biggest congressional anomaly for a number of reasons, including close races, odd voter turnout, and recent start-up. The 4th District held its first elections in 2012, 30 years after the creation of the 3rd District, and it is the only one of Utah’s districts to begin with a Democratic representative in office.

Current Representative Mia Love (R) ran in that initial race, losing to Democrat Jim Matheson by 0.3%, or just over 750 votes out of more than 245,000. Love tried her luck again in 2014 following Matheson’s retirement, and this time she bested her Democratic opponent, Doug Owens, by a slightly better margin of 50.9% to 45.8%. Still, in a state with congressional spreads averaging around 65-70% Republican over 25-30% Democrat in recent years, that’s not a comfortable lead by any means. Even more interestingly, the 2014 election turned out only 147,000 voters, 98,000 fewer than the previous election. Owens challenged Love to a rematch in 2016, faring slightly worse with a loss of 53.8% to 41.3%, voter turnout skyrocketing to 274,500.

Love’s victory wasn’t a blowout, but it followed projections. Ballotpedia had marked her seat as “Lean R” according to two leading polls, contrasted with each of her fellow Utah representatives, ranked “Solid R” and “Safe R” based on the same polls. Predictions for her contemporaries in the 2018 election have remained consistent, but this time Love’s base has increased, improving to “Safe R” and “Likely R” — not quite as assured as other Utah Republicans, but certainly closer to their league.

And now, to capitalize on this promising field position, what should Love do if she wants to win in 2018? As little as possible. Basically nothing. Not to say that this plan helps her constituents, but it’s her best bet to retain her seat, and she’s delivering quite nicely. To win in Utah, you need three things: be a Republican, stay in the middle, and remain so invisible that everyone forgets you exist and they just vote for the incumbent.

Utah voters are only subconsciously looking for items two and three, but they’re very aware of their search for number one: Republicans. As we learned in 2016, Utah doesn’t like Trump, but it voted for pro-Trump congressmen at precisely the same rate it voted for never-Trump congressmen. As long as you’re a Republican in the general election, you’ll probably win. And no one has announced their intent to primary Love in 2018.

That said, as I’ve previously opined, Utah is drifting to port; being Republican is only half the battle now. If Love wants to pull out a win, she has to anchor herself somewhere in the middle and stay there. Again, she’s sticking to that plan. She talks like a Republican but votes like a Democrat; she voted for the AHCA, which Democrats and Republicans both disliked for very different reasons, placing her in the crossfire but away from politically hazardous extremes; her Conservative Review Liberty Score is 50%, the lowest of any Utah representative in the House and obviously right in the middle.

Might this only upset both sides? Not really. For Democrats, a 50% Republican is a Republican they can stomach. For Republicans, a 50% Republican is still better than a Democrat. Playing both sides results in a net gain of zero, so it’s essentially the same as doing nothing. And as long as Love isn’t too public about her inactivity, she can get away with it. It’s all about keeping up appearances.

Love steps into the spotlight exactly as often as she needs to do and says exactly what she needs to — she campaigned with the Tea Party initially before settling into moderate politics once elected; she spoke at a rally against hatred following the Charlottesville terrorist attack by a white supremacist; she speaks out regularly in opposition to abortion but approved a budget placing no restrictions on Planned Parenthood in order to avoid a government shutdown. Love famously refuses to hold town hall meetings, preferring personal office interviews with her constituents. But as one writer suggests, this actually results in far less interaction with voters and prevents Love from hearing the collective voice of her district. That might be true, but one-on-one chats with voters seems like a more involved approach, so it works in Love’s favor.

Then she shrinks back to Incumbent Land, where you have a 97% chance of reelection as long as you don’t do anything extremely stupid.

Like I said, to win in Utah, you need three things: be a Republican, toe the line, and stay out of the public eye. Love is hitting the mark on all three. Is that the most helpful approach for improving our country? Not in the slightest, but who said that was Congress’s plan?