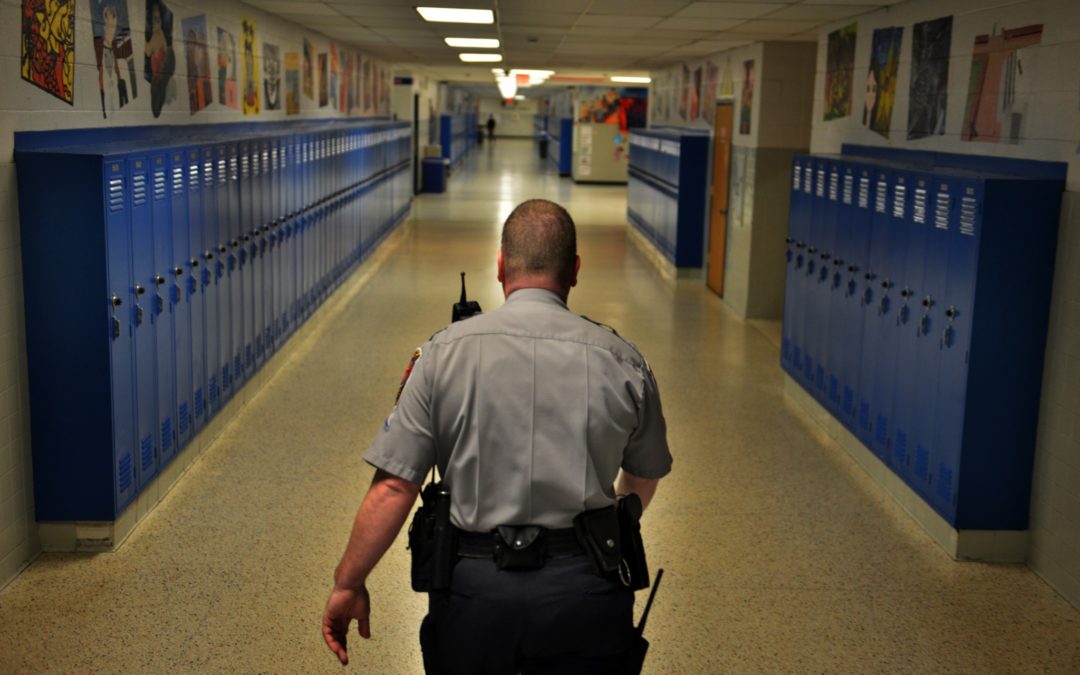 On February 14th, 2018, another school shooting brought America face to face, yet again, with a sobering reality that our public schools are vulnerable to these acts of violence.

I don’t want to use this event as opportunity to advocate for one position or another on who should or shouldn’t be allowed to own guns, what type, or under what circumstances.

I believe that in our age of a lightning-fast news cycle, we’re too quick to skip over the necessary time victims need to grieve in an attempt to score cheap political points over our opponents. Instead, I would like to offer up an idea I have heard over the past few days that I think is a solution all sides can agree on.

One shooting death in a public school is one too many. There are too many incidents in the recent memory of the American public not to acknowledge that we can be doing more to protect our children. What I am proposing is that we protect our schools, much in the same manner that we protect banks, businesses, or airports; armed guards and metal detectors are a small price to pay for ensuring the safety of the most vulnerable members of our society. This measure is significantly better than continuing to leave schools in their current defenseless state, and I would likewise prefer it to arming every single teacher (I can personally recall days where I was glad my teachers didn’t have a gun on them at all times). With the $200 billion in federal spending we give to public schools, there’s certainly some room to re-allocate those resources toward protecting children from violent threats. This solution could potentially solve another oft-neglected problem.

According to the National Center for Educational Statistics, there are approximately 90,000 public schools in operation in our country. The Bureau of Labor Statistics reports that in 2016 the number of unemployed veterans was as high as 453,000, with 40% of those unemployed veterans between the ages of 18 and 44. These are men and women who have served our country, and they would likely be grateful for the chance to be employed in its service again. They’ve defended America abroad, and this policy change would give them the opportunity to defend America at home. These individuals, who already have received competent training, could be hired and equipped to protect school children in their communities. An armed assailant would surely think twice before attempting to invade a school with its own armed, US military-trained, security guards.

In the past few days, many have cried out for “gun reform.” These calls have been vague, maybe because those making them don’t fully understand the problem or have the answers themselves. However, there have also been many criticisms launched on either side for lack of real, practical (read: “rational”) solutions.

Some have bemoaned the thought of adding airport-type security measures to our schools. It seems to me, however, that the minor inconvenience that would be introduced is a much preferable means of protecting schools to infringing on the rights of law-abiding citizens.

This may not be the best idea out there, but I think it is one worth considering and a good place to start. As Calvin Coolidge observed, “We cannot do everything at once, but we can do something at once.”