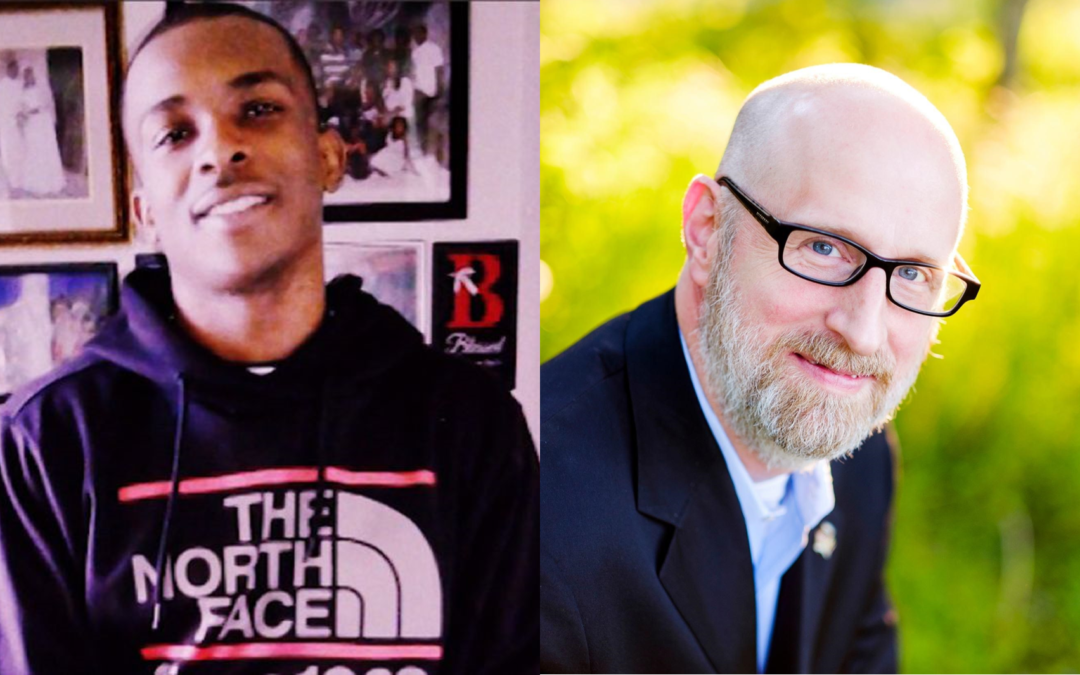 As Ben Shapiro frequently notes, droves of people will agree that they want to cut spending, but when attempting to identify specific programs to reduce or eliminate, they draw a blank. The same can be said for many conservatives’ approach to police shootings.

Ask David French, for instance, senior writer for National Review, whether police shootings pose a significant problem in America. At least in 2016, he would’ve told you that it was all a “media-created fake crisis.” So which hot button shootings were blown out of proportion by the media and Black Lives Matter? Aside from Michael Brown’s death in 2014 and a lukewarm defense of Officer Betty Shelby in 2017, you’d be hard-pressed to get an answer from French.

In fact, it seems every piece he’s contributed to this discussion has been just the opposite, pointed at decrying the officer in question. According to my research, French has not published a single piece dedicated to exonerating an officer who has fired on a suspect.

Even in tepidly standing by the side of Officer Shelby, he used the opportunity to smear Officer Yanez, who shot and killed Philando Castile, despite the fact that the circumstances surrounding the two shootings were remarkably similar, as I noted in June of last year.

In that article, I wrote, “The war on cops needs to end, especially from the Right. I have far less tolerance for conservatives who sell out justified cops in the name of virtue signaling than I do for those on the Left.”

Well, David French is up to his old tricks, so here I am again.

First, the facts of the case as seen here:

Sacramento police responded to reports that a man had broken a truck window just after 4:00 am. They knocked on the door of a nearby home, asked to search the backyard, did so, and came back to the street empty handed. A police helicopter then spotted a suspect breaking the window of a nearby home and, shortly after, jumping a fence. The officers ran up and down the street looking for the suspect, spotted him in the side area of a home approaching the rear, and shouted that he show them his hands. Instead, the man fled. Police pursued him into the backyard, repeated the command to show his hands, and announced to each other that they had seen a gun. They repeated the command, repeated that they had seen a gun, and opened fire. It appears that the suspect, Stephon Clark, died immediately.

All told, Clark was holding an iPhone, not a gun, and the backyard in which he was shot was his grandmother’s. No, none of this should make any difference, but we’ll get to that later.

Addressing police violence, French wrote in 2016, “This is how the Left sustains a false racial crisis: Step One — Begin with the misleading use of statistics.” Not content to merely know his enemy, French has decided to imitate them.

In his recent article, French questions whether the officers faced any significant risk at all, contending, “According to the City of Sacramento, it’s been almost 20 years since a cop was shot and killed in the line of duty.”

But what about the Sacramento County Sheriff’s Department, where four officers have been shot dead in the last 12 years, one as recently as August 2017? Coincidentally, the officer murdered in August was surnamed French.

Regardless, to imply that a risk is unrealistic because it hasn’t happened in a while is patently unhinged.

Nevertheless, French persists, “Before you object and tell me that routine encounters can and do escalate, I know that. But what I am questioning are probabilities and perspective.” This is absurd. The likelihood of a police officer being shot on duty is remarkably low anyway. Tragically, it still happens. In all circumstances, regardless of probability, police officers must be vigilant, and French’s suggestion otherwise is dangerous. To be clear, I’m not saying he’s trying to endanger cops; I just think he’s not being level headed.

French “[finds] it deeply disturbing and problematic” that “the encounter … took roughly 17 seconds.” Does he not realize that officers can be (and sometimes are) murdered in far less time than that?

Next, he downplays a likely felony (burglary) to a misdemeanor (vandalism) in order to minimize Clark’s offense (just like Castile, Crutcher, Brown, and Sterling, Clark committed at least one serious crime before being shot). As held in Graham v. Connor, “all claims that law enforcement officials have used excessive force … are properly analyzed under the Fourth Amendment’s ‘objective reasonableness’ standard,” meaning we must judge what an objectively reasonable officer would have thought or inferred from available details.

Unlike David French, let’s attempt to put ourselves in the officers’ shoes (remembering, of course, that only police officers can truly understand exactly what they go through): a suspect breaks the windows of a vehicle in the middle of the night, a crime we can reasonably assume might precede some other crime, such as theft. The man then breaks the window of a home, which he more than likely wants to enter — civilian’s are now potentially in danger; this is serious. Hearing police are nearby, the man jumps the fence into another yard — another household threatened. When confronted, he runs — this is a guilty man. He refuses to show his hands, and there’s an object in one hand. It’s dark. This man is a felon. He’s fleeing the cops and resisting arrest. He doesn’t want to go to jail. Now he’s holding something as he finds himself cornered. Might it be a gun? Given what we know, isn’t that at least objectively reasonable? The man doubles down on his belligerence. He doesn’t respond. He doesn’t comply. He stands there with the object in his hand. And just like that, he’s dead. And who’s to blame? His own dumb self.

French dubiously insists, “It’s one thing to be in hot pursuit of an armed robber or a known, violent felon. It’s one thing to approach a situation where you perceive that innocent lives are in imminent danger. It’s another thing entirely to deal with a person who, to that point, had broken windows, and no other civilian was perceived to be at risk.”

To quote Luke Skywalker, “Amazing. Every word of what you just said was wrong.”

According to objective reason, the police believed Clark was armed. They believed he may have committed theft and burglary. They believed that, in potentially burglarizing at least two homes, Clark posed imminent danger to civilians. French is totally, ludicrously, irresponsibly wrong.

What bothers me most is that French apparently knows all of this but doesn’t care. He has previously referenced Graham v. Connor, asserting, “How, pray tell, is a police officer supposed to discern whether a shooting victim ‘actually’ poses a threat other than through their ‘objectively reasonable’ beliefs? How can anyone tell?” Whereas he once wrote, “It’s always a bad idea to flee from arrest, resist arrest, or introduce any unexpected behavior into an encounter with police,” he now claims it shouldn’t have made a difference. In paradoxically defending Officer Shelby but not Officer Yanez, French admitted, “The law does not require cops to be omniscient. It requires that they be reasonable. It is reasonable to believe that a person who won’t obey commands, won’t get on the ground, and is walking back toward (and ultimately reaching in) his car is a threat.”

He makes many similar concessions in this article as well, such as, “The officers seemed to genuinely believe they faced an imminent, mortal threat,” and, “We don’t require cops to be omniscient, and the fact that the ‘gun’ turned out to be an iPhone makes the shooting horribly tragic, not criminal.”

But as French makes clear from the beginning, these facts, the law, and all objective reason are irrelevant.

“Focusing on whether the shooting was lawful misses the larger point.”

French continues, “When we speak about police shootings, we often focus too much on the most basic question — was the shooting lawful — rather than the far more complex and ultimately more consequential question. Was the shooting proper? … I say no. I say that the escalation and response we saw in Sacramento is more akin to the kind of immediate escalation and engagement you’d find in a war zone when chasing a suspected terrorist.”

I have it on the authority of someone who served in Afghanistan as more than a military lawyer, like French, that “you don’t chase [fleeing terrorists], you shoot ‘em.” The escalation of force as shown by these Sacramento officers in verbally warning, chasing, repeatedly warning, and ultimately firing upon a known criminal who, by objectively reasonable standards, posed an imminent threat to both officers and civilians was not only lawful, but yes, it was proper.

As articulated by Jason Angel — senior police consultant for The New Guards, Marine Corps Captain, and my brother, “Unfortunately David French has not realized that he possesses the same ignorance toward police work that Black Lives Matter does. His analysis is egregiously flawed. His attempt to use military service as comparison does not work for a number of reasons, but he also forgot that non-threatening civilians are killed far more frequently in war than by the police. … At no point does he put himself in the officer’s position and at no point does he recognize that his military experience as a JAG does not give him combat experience or translating experience to law enforcement.”

French suggests a shift in law enforcement training to better resemble military standards, namely law of armed conflict vs. rules of engagement. He posits, “Cops don’t have a law-of-armed-conflict problem — the constitutional standards and state statutes governing when a cop can be prosecuted are appropriate — they have a rules-of-engagement problem.” In other words, they’re not breaking any laws; just arbitrary rules.

He concludes, “It’s time to change the rules.” But what does that mean? Who decides the rules? What will they be? What measures will be taken to ensure these rules are not conflated as law?

What is the proposed punishment for a lawful action that violates French’s beloved rules? Instead of jail time, should we protest and insist upon the firing of an officer who legally shoots a suspect in a manner we don’t like? Will this somehow heal the divide between police and civilians? Will this assuage police officers who are already petrified to do their duty for fear of punishment?

Thankfully, David French doesn’t speak for National Review generally — here’s an excellent take on this shooting and French’s piece from Jack Dunphy, an actual police officer who knows that French is full of it. And here’s another piece written by another police officer for The New Guards on the proper way to react to a police shooting.

I advise scrutiny in reading anything of this nature — it’s a serious topic. Where possible, talk to actual cops. I’m not nor will I probably ever be a police officer, but that’s why I never write any articles on police work without consulting either my cop brother, my cop father, or both; trust them, not me.