Not a Democratic Republic 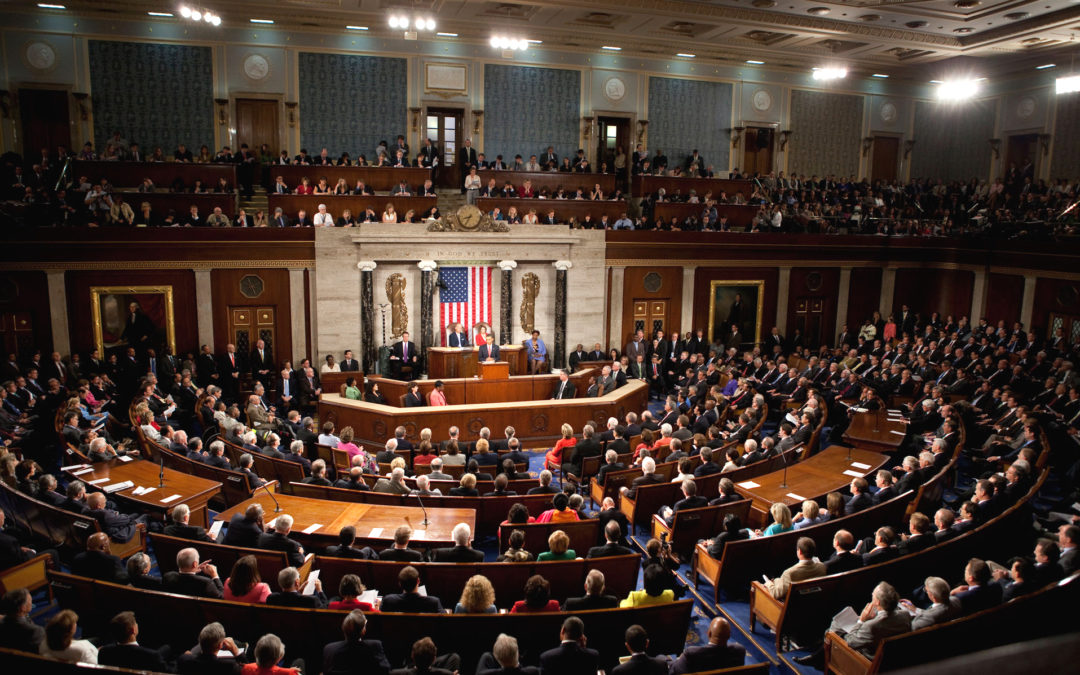 It goes without saying that the United States of America is not a direct democracy but a republic. More than that, as I showed with a new quote every day for literally months on Twitter, the Founders despised democracy. They called it, among other things, the “most unstable” form of government and “incompatible with personal security or the rights of property.” Instead, they preferred a republican form of government. John Adams said, “There is no good government but what is republican.” Thomas Jefferson added, “The republican is the only form of government which is not eternally at open or secret war with the rights of mankind.”

However, many people — presumably in good faith — have a harder time characterizing what type of a republic we have in America. After all, a republic is simply a representative government — virtually every government today is republican, with how representatives are chosen and what they do varying by country. So what do we have here?

Unfortunately, generations of misinformation have distorted the public’s understanding of our unique system of government. While it’s easy enough to see that we’re not a direct democracy, many insist that we’re a representative democracy, also known as a democratic republic. This is also false, for reasons I’ll address, but perhaps more importantly it leads to the ubiquitous use of “democracy” as shorthand for our government, which is inaccurate and antithetical to our nation’s values.

First, let me tackle why we’re not a democratic republic. Then I’ll discuss why the distinction matters.

In an op-ed for the Washington Post, Eugene Volokh argued that “we are a representative democracy, which is a form of democracy.” He acknowledged that we’re not a direct democracy, but he tried to bolster his historical argument with quotes from several Founding Fathers. Quoting from his article:

Likewise, James Wilson, one of the main drafters of the Constitution and one of the first Supreme Court justices, defended the Constitution in 1787 by speaking of the three forms of government being the “monarchical, aristocratical, and democratical,” and said that in a democracy the sovereign power is “inherent in the people, and is either exercised by themselves or by their representatives.” Chief Justice John Marshall — who helped lead the fight in the 1788 Virginia Convention for ratifying the U.S. Constitution — likewise defended the Constitution in that convention by describing it as implementing “democracy” (as opposed to “despotism”), and without the need to even add the qualifier “representative.”

On the surface, these references appear to make a strong argument. It’s certainly the best researched argument I’ve seen on this side of the issue. But as I tweeted when this article recently made the rounds, these statements are “filled with many inaccuracies and misrepresentations of history.” On a broader level, just because these Founders mentioned representative democracy doesn’t mean they endorsed it. But there’s more to each particular case.

First, while the John Adams quote from 1794 does mention representative democracy, Adams then addresses the tyranny of the majority as evidence that a representative democracy is actually not ideal. Adams contends that under this system, the minority (“often near half” the country) “must be governed against their consent” and that “it is the majority only who will remain secure out of the reach of tyranny.”

Next, it’s true that Noah Webster called representative democracy “the most perfect system of government that is practicable on earth.” But this quote is from 1785, two years before the Constitution was drafted. Our unique system of government had not even been dreamt up yet, so Webster understandably spoke of something more familiar and common — the best option he was yet aware of. Alexander Hamilton originally pushed for a democratic monarchy until he heard Madison’s revolutionary plan. The point is that these men recognized a good thing when they saw it and abandoned their prior Faustian compromises.

Third, the Tucker examples are accurate. But as I don’t recall his name on any founding document, I don’t care all that much what he thought about our system of government, particularly when the same excerpt Volokh included decries the Electoral College, the Senate, and the Supreme Court as too far removed from the people.

Thomas Jefferson felt the same way about these undemocratic institutions. I obviously care much more about what he had to say, but I’m allowed to disagree with the man who openly and frequently disagreed with his fellow Founders. Moreover, although he authored the Declaration of Independence, he wasn’t even in-continent for the Constitutional Convention. In fact, he opposed the Constitution’s ratification outright. While the Federalists stumped for a constitutional republic, Jefferson was releasing his sophomore single: the godless, democratic French Declaration of the Rights of Man. Jefferson would later support the French Revolution, which was equally godless and democratic, leading to mob rule and ultimately a military dictatorship.

Jefferson was a democratic republican in the truest sense. He preferred a republic to pure democracy, but he believed the Senate, Supreme Court, and Electoral College were too distant from the masses to be truly representative of their wishes. He’s also one of two Founders I’m aware of who referred to American government as a democratic republic or the shorthand “democracy.” It’s worth mentioning, however, that although we call his political party the Democratic Republicans, that was actually not their name. Certain local chapters of the party called themselves Democratic Republicans, but on a national level and to Jefferson himself, the party was simply known as the Republicans. The longer name was given retroactively to avoid confusion with the later National Republican Party and the current GOP.

Still, it would be dishonest to claim that Jefferson rejected all association with democracy, but that actually cuts against Volokh even more — if one of the only Founders who called for a democratic republic condemned several central components of our constitutional government as undemocratic, then our constitutional government probably isn’t democratic, representative or otherwise.

The other Founder who held an openly favorable view of democracy was also mentioned in Volokh’s article: John Marshall. In 1788, Marshall went so far as to say that he “idolize[d] democracy.” He then called the government proposed by the Constitution a “well-regulated democracy.” Several things are worth mentioning, however. First, despite supporting the Constitution, John Marshall, like Jefferson, was not present at the convention in Philadelphia and was not one of document’s framers. Second, this pronouncement occurred before the drafting of the Bill of Rights, which arguably single-handedly turned our country from a democratic republic to a constitutional one by guaranteeing our unalienable rights. Lastly, John Marshall’s most well-known accomplishment was to defy the Constitution by inventing judicial review, allotting far more power to himself than the Constitution provided and paving the way for modern judicial overreach. As such, I don’t consider him the highest authority on defining what the Constitution was meant to enshrine.

Rounding out Volokh’s claims is James Wilson, an original member of the Supreme Court and one of six men to sign both the Declaration of Independence and the Constitution. He was often considered to speak for the Founders in his legal lectures, and he died before Marshall’s power grab in Marbury v. Madison. Volokh’s quote mentions that Wilson acknowledged that “in a democracy the sovereign power is ‘inherent in the people, and is either exercised by themselves or by their representatives.’” This is, in fact, an apt description of democracy. Nowhere in this quote or in Wilson’s surrounding words, however, does he claim that this is the system of government which his compatriots adopted. In fact, he spoke of monarchy, aristocracy, and democracy as “the three species of simple government,” analyzing the pros and cons of each. In a passage that Volokh linked to but apparently opted not to read, Wilson explains, “To obtain all the advantages, and to avoid all the inconveniences of these governments, was the leading object of the late Convention.” Wilson adds that our government is democratic in principles but not in form, so as to reap the good and exclude the bad.

In other words, a hybrid form was created between “the three species,” and it’s apparent in our constitutional republic. Led by one man, our executive branch represents monarchy. The judiciary represents aristocracy as a small body of governing elites. And the legislature, the people’s branch, represents democracy. In a democratic republic, meant simply to enact the will of the majority, our system of checks and balances between co-equal branches is at best redundant and arguably superfluous. If the majority wants it, what’s there to check? But in a constitutional republic, these checks are designed to secure the rights of the minority, something democratic republics are neither designed nor equipped to do.

That’s not to say there is nothing democratic about our government. Of course there is. As I’ve mentioned, Congress is a democratic body in the sense that it represents the people directly (although this used to only apply to the House of Representatives prior to the 17th Amendment). Wilson said we have democratic principles of government by the people. Voting itself is democratic. But this doesn’t make our government system democratic anymore than socialist programs like Social Security, Medicare, and Medicaid make our country a socialist republic. America has democratic components, but it is not a democracy, not even a representative one.

This distinction matters if we are to understand (and help others understand) the purpose of our government to begin with. Our constitutional republic does not exist to reflect the will of the majority but to secure our rights. Retired Justice Sandra Day O’Connor famously did just the opposite on the bench, considering what result the people wanted, committing herself to that outcome, and inventing whatever reasoning she needed in order to get there. This is not the role of government, and it undermines our constitutional principles.

Even colloquially referring to our government or our pattern of freedom as “democracy” is to concede ground to democrats (small “d”) who would distort our protections of minority rights. Proponents of democracy succeeded in ratifying the 17th Amendment, which robbed states of their express representation in Congress in favor of a popular vote, identical to the House. Democracy, even representative democracy, demands the same of every branch of government, including the abolition of the Senate altogether (because small states are overrepresented); the abolition of the Electoral College in favor of a presidential popular vote; and the restructuring of the Supreme Court to allow for a popular vote for justices. Each of these measures has been proposed by major players, and if we allow these institutions to crumble, our checks on democracy and against the tyranny of the majority go with them.

We can’t allow that to happen, and it starts by using the proper language. America is not a democracy, nor is it a democratic republic. It is a constitutional republic. Once we say it, we can work on understanding it. And once we understand it, it’s our duty to defend it.