No, “Good Guy with a Gun” Is NOT Invalidated by the Parkland Shooting 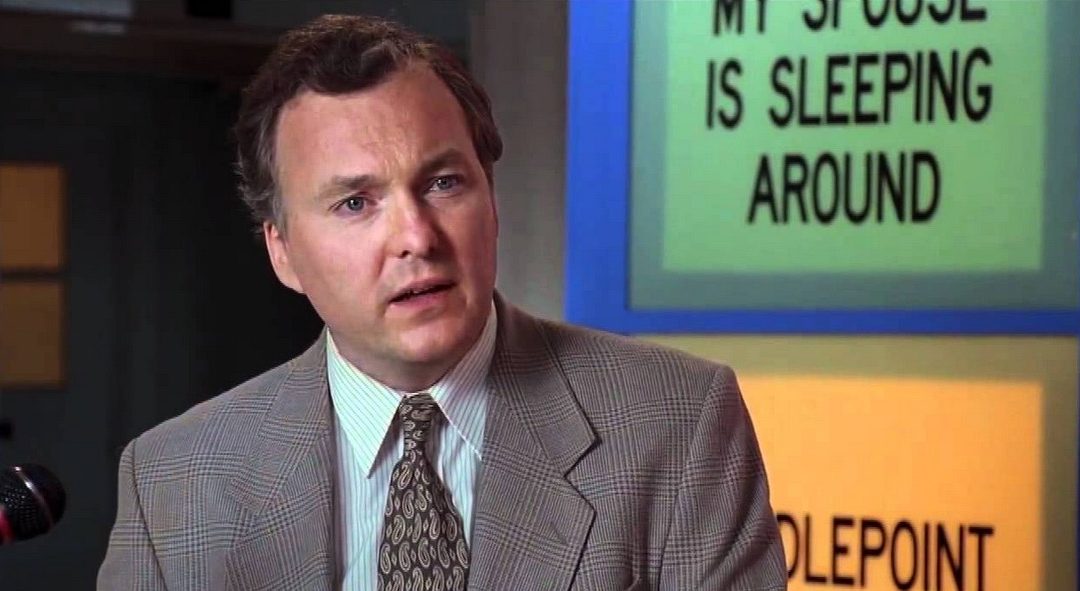 If I had to rank the three most frequently used GIFs or quotes deployed in Twitter conversations with a Leftist, it would be as follows:

3) “Fat, drunk, and stupid is no way to go through life, son” from Animal House.

2) Billy Madison’s “What you’ve just said is one of the most insanely idiotic things I have ever heard. … Everyone in this room is now dumber for having listened to it.”

Today is a day for all three.

Recent developments surrounding the Parkland shooting suggest that not only was the armed school officer, Deputy Scot Peterson, derelict in his defense of Marjory Stoneman Douglas High School, but that three other Broward County deputies stood outside the building while an active shooting was in progress. This is vile and egregious, and we need answers.

But ten seconds later and with zero self-awareness, Leftists took to Twitter in an attempt to appropriate the common conservative talking point about how a “good guy with a gun” is needed to stop a “bad guy with a gun,” as articulated by NRA CEO Wayne LaPierre after the Sandy Hook shooting in 2012 and again at CPAC this week.

From Vox: “A new detail in the Florida shooting exposes a big hole in the ‘good guy with a gun’ theory.”

Nate Lerner of the Democratic Coalition Against Trump: “Turns out there was a good guy with a gun on scene during the Parkland shooting. He had zero impact.”

CNBC’s John Harwood: “So it turns out a good guy with a gun was there, with sheriff’s dept training no teacher will ever have, and he didn’t stop the bad guy with a gun.”

The insufferable Piers Morgan, ever looking for the next dumbest thing he can add to the gun debate, tweeted: “So FOUR ‘good guys with a gun’ were not able to stop the bad guy.

I think this kinda ends the ‘arm the teachers’ bulls**t, don’t you?”

Oh no, he’s not done: “Ah, I see…. My apologies. I was labouring under the absurd misapprehension that you NRA nuts believe ‘good guys with guns’ are the answer to bad guys with guns. How silly of me!”

One thing you have to appreciate about Piers’s writing style is that he perfectly encapsulates his own smarminess; I can hear him saying this trash as I read it.

Piers concluded, “So was the Florida shooter a ‘good guy with a gun’ until he committed mass murder? I mean, he bought his guns legally, exercising his right to bear arms. Then he suddenly became a ‘bad guy with a gun.’ This is so confusing. Can one of you gun nuts explain?”

One good guy with a Twitter account, known simply as Neontaster, responded first to Vox’s absurd suggestion with, “Actually it exposes a big hole in the ‘leave guns to the cops’ theory. ‘Good guy with a gun’ refers to armed civilians, not cops who fail to act.” He then took to Piers Morgan’s initial tweet with, “Still amazed at how quickly ‘good guy with a gun’ shifted to include cops when it was always used to refer to anyone who wasn’t a cop.”

Neontaster is unarguably correct in both of his assertions. Not to mention that guns are used defensively up to three million times to per year, according to the CDC. But you know how well Leftists and logic go together.

Yet these are the guys to whom we’re supposed to hand over all our guns? Make ourselves even more vulnerable so incompetent and untrustworthy government officials can shake in their boots while they watch us die?

But more to Neontaster’s point, police officers in general, though typically good guys and girls, are not indicated in the phrase “good guy with a gun.” The adage refers to civilians with an opportunity to stop a shooter in the average eleven minutes that it takes for police to arrive at the scene.

The Parkland shooting had both pieces of this equation: good people, and people with guns. Unfortunately, the good people were on the inside, sacrificing their lives, hurling themselves in front of bullets; meanwhile, the people with guns stood cowering behind their patrol cars, doing their best to cover up for their failure, while seventeen people were murdered just a few feet away.

Again, this only reinforces my reasons to cling to my own guns. Why should I surrender my means of self-preservation to the same government that will botch my protection on no less than 40 occasions on all levels, watching me being gunned down while they blubber outside like Upham in Saving Private Ryan.

So Leftists, stop chalking this up to a failure of the “good guy with a gun” theory. I do not think it means what you think it means, and everyone is now dumber for having listened to you.