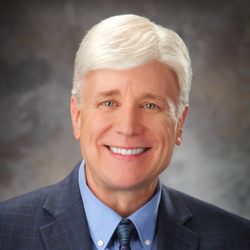 BYU’s Young Americans for Freedom — founded by our own Jacob Hibbard — hosted the event, which can be found in two parts here and here. I highly encourage you to watch the hour-long event in full, but I’ll offer some highlights to whet your appetite.

But first, some background on SB-54 and Count My Vote in case you haven’t had the chance to look into them. As Wright explains, Count My Vote (CMV) was a 2014 initiative designed to allow primary candidates to bypass Utah’s caucus/convention system, wherein elected delegates can properly vet the candidates. According to Wright, the goals of CMV were four-fold:

SB-54 was then introduced as a compromise and signed into law, yet it not only retained each of CMV’s core principles, it actually made them worse by allowing primary winners to declare victory with less than 50% of the vote.

Such was the case in Utah’s 3rd Congressional District, as we covered extensively at The New Guards. Chris Herrod, a proven conservative, won the convention with 55% of the vote after thorough vetting from the delegates. However, although John Curtis was similarly vetted and received only 9% of the delegates’ votes, he CMV-ed his way to a primary through signature gathering and won the Republican nomination with just 44% of the vote — representative of neither the party majority nor its duly elected representatives.

Paradoxically, Utah’s governor, Gary Herbert, told the SCC that he hopes to see the end of SB-54, yet he endorsed John Curtis, a beneficiary of the unconstitutional bill, during the Republican primary.

Wright began his presentation by rejecting the popular belief that America is a democracy, instead pointing to the Founders and their consensus on the dangers of a democratic government.

Citing Hamilton, Madison, Franklin, Adams, and more, Wright declared the United States a republic — not a democratic-republic, but a constitutional republic. Wright aptly pointed out that democracies inevitably lead to socialism, tyranny, and mob rule, reminding his audience that an opinion is NOT the same thing as knowledge. Additional, he spoke to the need for vigilance in protecting our republic.

Wright ultimately connected this discussion to SB-54, which throws a republican process to the “turbulent masses” of democracy and violates the constitutional rights of private organizations such as political parties. He provided updates on the Utah GOP’s lawsuit against the state of Utah, playing audio that suggests the 10th Circuit justices would likely rule in favor of the party.

At this point, beginning at 53:40 of the second video, Wright faced the camera and blasted Anderson for superseding his authority and betraying the party its governing body, the State Central Committee. He concluded, “It was irresponsible for you to do something like that, and you will be held accountable.”

The SCC will meet on Saturday to decide its next steps, with many committee and party members calling for a vote to remove Anderson as Chairman of the GOP.

Phill Wright is a true hero for conservativism, and the Republican Party needs more courageous men and women like him. We applaud him for his convictions and efforts in this fight, and we hope that all like-minded, liberty-loving people will join the battle against SB-54.