Modern Republicans are the Whigs of 1850 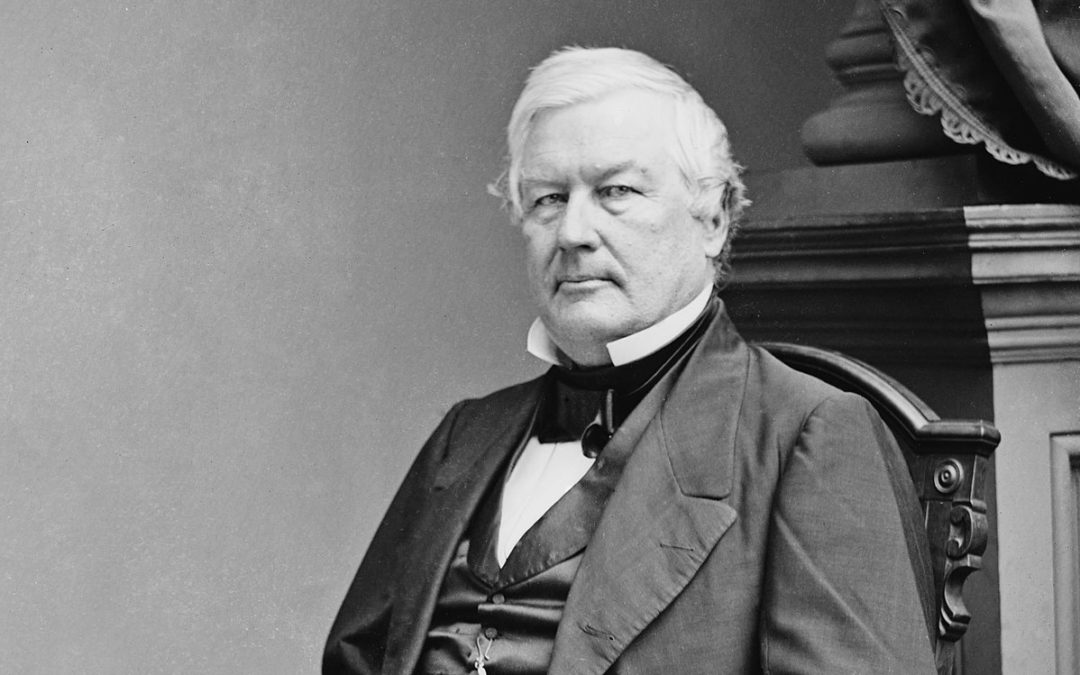 George Washington preached against a party system, but he couldn’t avoid it for long. Only halfway through his first presidential term, the Federalists were born under Alexander Hamilton and John Adams. Rising to meet them were the Republicans, led by James Madison and Thomas Jefferson. Close friends had turned into political rivals, and American politics would never be the same.

The Federalists struck first with John Adams’s ascension to the presidency in 1797, but after his third-place finish to Republican candidates Thomas Jefferson and Aaron Burr fewer than four years later, the Federalists would never regain the presidency.

Jeffersonian Republicans controlled the White House for the remainder of the party’s existence, and after the controversial 1824 election season, Republicans controlled 82% or more in each chamber of Congress. The presidential ballot in 1824 featured four Republican candidates at the top of the ticket, none of whom won a majority of electoral votes. As a result, the House of Representatives deliberated between the top two finishers, Andrew Jackson and John Quincy Adams, respectively. The son of the Federalist president became our nation’s sixth executive leader, to which Jackson responded by creating a splinter group of the party, known as Jacksonians, who would officially form the Democratic Party in 1828.

Under Adams, the remaining Republicans expanded to become the National Republican Party, the banner under which Adams ran for reelection but was defeated handily by Jackson and the Democrats. Henry Clay suffered a loss to Jackson four years later with barely half the electoral votes of his predecessor.

In shambles, the National Republicans combined with Anti-Masons, remaining Federalists, and even disaffected Democrats like the former vice president to both Adams and Jackson, John C. Calhoun, and rebranded as the Whig Party in 1833.

On paper, the Whigs looked a awful lot like the Republicans of today. Like the GOP, their platform called for an originalist interpretation of the Constitution, emphasized the virtues of a republican government over the wiles of democracy, decried the dictatorial tendencies of a tyrannical president, preached a balance of power favoring congressional rule, and supported the rights of the few from the tyranny of the majority. Like the GOP, they sponsored a “big tent” party, enlisting advocates for virtually every ideology of the day. And like the GOP, loyal Whigs watched their party leaders consistently buckle and bend to Democratic policies.

Unlike the GOP, they took a stand.

In a single election, the Whigs secured the presidency and both chambers of Congress in 1841, only to see their president die of pneumonia one month later and to expel his successor, John Tyler, from the party due to his repeated opposition to a Whig-controlled Congress and the party’s national platform. Whigs traded the House and the presidency with Democrats, going back and forth over the next few years until the arrival of Millard Fillmore, another Whig vice president who assumed office following the death of his superior.

But Fillmore brought the party to a critical turning point in 1850 when, to pacify an increasingly unsettled South, he helped to broker the Compromise of 1850, admitting California as a free state and ending the slave trade (although not slavery itself) in the District of Columbia in exchange for a much harsher Fugitive Slave Act and the abandonment of the Wilmot Proviso, which would have banned slavery in territories acquired from Mexico.

Many will tell you that Whigs were deeply divided on the question of slavery, but that was only true geographically. While Southern Whigs praised Fillmore’s bipartisanship, diffusement of potential conflict, and knack for deal-making, Northern Whigs were apoplectic. To them, Fillmore had forsaken the heart of their movement in favor of political prowess and appeasement. They successfully primaried Fillmore in the 1852 election, preferring to run on principle.

To put it lightly, they were obliterated.

For context, Lincoln famously stunned and humiliated his opponent in 1864 after beating him by a margin of 190 votes. In 1852, Franklin Pierce outmatched the Whigs by 210.

As a result, the Whig Party crumbled, dissolving completely by 1854.

But of course, that wasn’t the end, and their initial defeat was not an ultimate loss. Northern Whigs regrouped to form a new coalition — one that refused to enable tyranny or compromise the natural rights of man. Only two years later, the Republican Party was born, and four years after that, Abraham Lincoln was elected president. Aside from the obvious victories of the Civil War, Reconstruction, and the abolition of slavery, the Republican Party dominated the political landscape for 70 years, losing the presidency to only two Democrats between 1860 and 1932. It is the longest party dynasty in American history. Obviously, Republicans still represent one of this country’s two major political parties, with control of the House, Senate, and presidency.

But like the Whigs of 1850, Republicans now face a choice.

What are we willing to stand for? And what are we willing to fall for? In 1850, Northern Whigs knew that to primary their president would almost certainly result in defeat. They knew it would ostracize them from the rest of their party, which claimed to uphold the Constitution and natural rights yet surrendered principle for bipartisanship and decency for the art of the deal. Most importantly, they would rather lose their power than maintain it through a compromise of their character.

Too often, Republicans insist that because a Republican is better than a Democrat, we must elect a Republican no matter how dismal their stances. Utah Representative Mia Love, for example, insists that Republicans must vote for her in 2018 to stop a pro-abortion Democrat from obtaining her seat — never mind her F rating from Conservative Review, including repeated votes to fund Planned Parenthood. But sometimes you have to let Doug Jones win and reject Roy Moore so you can replace the Democrat a few years later with a solid Republican. Incumbent RINOs are almost impossible to unseat. I know this firsthand, having recently finished working for a primary challenger who was crushed by an incumbent with a dreadful approval rating. If we want to drain the swamp and clean the inner vessel, sometimes we have to let the disease die of its own accord rather than sustaining it in hopes of someday killing it ourselves. Two or even six years is not long enough for a Democrat to accomplish irreparable damage to our Constitution or our country — with or without a Republican majority in Congress. We can (and often should) let a lackluster Republican lose so we can come back in a few years and elect a representative that will actually uphold the Constitution.

I’m not saying conservatives should abandon the Republican Party, but we cannot continue to prop up Leftist Republican hacks for the sake of maintaining control. That kind of compromise is not conservative. If we don’t demand better, we’ll never get anything better.