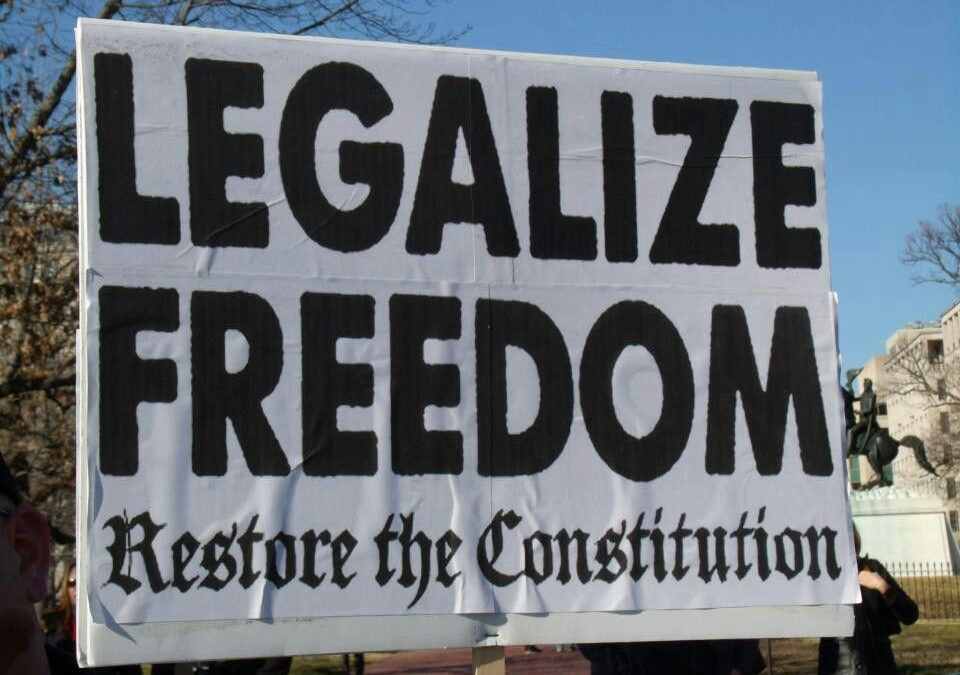 The current political climate and the many political discussions I find myself in have me constantly going back to fundamental principles and examining what I believe and why I believe it. There are so many labels that get thrown around with so many different meanings for different people — conservative, objectivist, liberal, progressive, libertarian, nationalist, socialist, communist, fascist, moderate — that it becomes difficult to truly understand what people mean when they label themselves or others with these titles.

It would be impossible for me to go through each of these labels and give a definition for each, the worldview behind them, and the principles they espouse in a manner that everyone would agree with. I may in the future break down one or more of these differing ideologies, but at the present I will only attempt to articulate my position and what I believe.

In the Declaration of Independence, the Founding Fathers articulate an idea that is the foundation for my own philosophy:

“We hold these truths to be self-evident, that all men are created equal, that they are endowed by their Creator with certain unalienable Rights, that among these are Life, Liberty and the pursuit of Happiness. — That to secure these rights, Governments are instituted among Men.”

These lines so often quoted hold tremendous meaning and are the basic premise of what conservatism is to me. In short, there is a God, our rights or freedom come from Him, and the purpose of government is to secure rights or freedom. These ideals must be conserved. Rights or freedom, two ideas that to me are quite synonymous, do not come from society, government, a majority in Congress, or a bureaucrat in an office; they come from Almighty God. Freedom predates or precedes government, or, as the great lover of freedom Frederic Bastiat stated:

Because freedom comes from God and is a birthright of each individual and because the purpose of government is to secure freedom, freedom becomes the measuring stick of every government action. Are my rights and my ability to enjoy them more or less secure because of this policy or that law?

Like the Founding Fathers, I believe that the securing of freedom necessitates and justifies the establishment of a monopoly of legitimate force empowered to defend against threats to freedom both within the country and without, bound by a written constitution that prevents it from going beyond those functions. In a circumstance without a government, where force is unrestrained by rule of law and arbitrary, conflict would increase and rights would be insecure. Rational incentives would drive individuals and groups to use violence against others for gain, and a common street gang would have the same legitimacy as today’s police forces. Freedom and the enjoyment of rights are not secure in these conditions, thus we must have a government — the monopoly of legitimate force — and it must be limited by a written constitution enforceable on all.

Because of this, I believe in conserving the Constitution of the United States and its original intent. The Constitution creates a federal government built on the principle of freedom, giving the government the power needed to perform the freedom-maximizing functions of maintaining the national defense, maintaining the rule of law, and punishing those that violate the rights of others — all powers that flow naturally from the individual right to use force for securing one’s rights. Government is bound so that it cannot do things that individuals cannot do morally. All uses of government power that go beyond that are immoral, violating the rights that the government was instituted to secure and thus reducing freedom.  Often these invasions into individual freedom are wrapped in altruistic, idealistic, or even patriotic slogans, but they are invasions nonetheless and should be treated with the same hostility as one would treat a home invader.

The Constitution that our Founding Fathers crafted not only captures this ideal beautifully, but it recognizes the inherent flaws in human nature that vindicate Lord Acton’s maxim, “Power corrupts.  Absolute power corrupts absolutely.” Human nature is flawed and power hungry, so while the legitimate functions of government are needed to maximize freedom and are morally justified, that creation has the potential to act immorally and destroy the freedom it was entrusted to secure. To combat that, the Founders wisely sought to divide power between three co-equal branches with checks and balances that would prevent one from infringing on freedom. Further, they enumerated powers that would bind the federal government to its freedom-securing functions, divided power further between the federal government and the states, gave the states and the people representation in the legislative branch, and enshrined the right of the people to bear arms as the final check against unrestrained power. Each of these features, I believe, deserves conserving and defending, and many of the problems our country faces today come from the erosion of these features.

One feature of freedom that I believe must be conserved — and it pains me that I have to give this individual attention, but given the rise of certain views it must be addressed — is the free market, or capitalism. The recognition and protection of the inherent rights to own and control property, enter into voluntary contracts, control one’s own labor, and associate as one chooses (i.e. economic freedom, which is really just freedom) is not only essential to economic growth and prosperity but is morally required. I, as an individual, have the right and should be free to enjoy my property how I wish and have it be safe from private or public encroachments, whether directly through theft or seizure or indirectly through confiscatory taxation and regulations; to buy a product from whomever I wish, whether foreign or domestic, so long as it is voluntary; and to sell my labor or property to whomever I choose. If I am not infringing on the freedom of someone else to do the same, either through fraud or force, then I should be free to do so. Any encroachment by government into the economic sphere and into these inherent rights is a usurpation of individual freedom and contrary to the purpose of government. If I would be considered a criminal if I engaged in a certain behavior in the marketplace, there isn’t magical fairy dust that makes it moral for the government to do it. And despite the promises and seductive rhetoric, I have found that efforts that “destroy the free market to save it” never actually accomplish their goal and only create new government entitlements for a portion of the populace to become addicted to and later demand as a right. The government dole, be it welfare, protection, or subsidy, is an affront to freedom and must be avoided at all costs.

Natural law, freedom maximizing efforts, and economics all bear witness that these principles of free markets are not only the key to economic prosperity but are also the only moral basis for the role of government in that marketplace. Economic freedom is inseparable from freedom itself.

Now, you might have noticed that thus far the only times I have referred to morality have been in relation to government action, emphasizing that the morality of government actions should be evaluated on the basis of whether they secure freedom or violate it.  This does not mean that I do not believe in the importance of conserving a moral culture; it only means that this is the only moral issue that government should be engaged in. Individual and cultural morality is a fight won in each human heart, home, church and community, not in the ballot box, court room, or legislature. Culture is upstream of politics, as the late great Andrew Breitbart said. Looking at the state of our politics, we can discern the state of our homes, churches, and hearts, and it is immediately apparent how poisonous our culture has become.

As such, I believe it absolutely necessary for myself to be anxiously engaged in what is often termed the culture war. Religious individuals and groups have every right to be active participants in the public square, to worship or not worship as their consciences dictate, and to encourage others to live morally — in fact, I would say they have a duty to do so. The Founders too valued the role that religious groups and churches play in society, seeing them as a second branch or arm to help secure society. As John Adams said, “We have no government armed with power capable of contending with human passions unbridled by morality and religion. . . . Our Constitution was made only for a moral and religious people. It is wholly inadequate to the government of any other.” If we wish to remain free, we must ensure that our culture does not rot and decay and lead us down the slow road to tyranny. Frank S. Meyer said:

“Truth withers when freedom dies, however righteous the authority that kills it; and free individualism uninformed by moral value rots at its core and soon brings about conditions that pave the way for surrender to tyranny.”

We need both freedom and virtue for America to be great.

Now this does not cover all the areas or issues that are discussed in our current political climate; however, these principles are the bedrock of what conservatism is to me and provide the standards I use to evaluate the political questions of the day. Barry Goldwater beautifully articulated a standard we should all adopt in The Conscience of A Conservative:

“[F]or the American Conservative, there is no difficulty in identifying the day’s overriding political challenge: it is to preserve and extend freedom. . . . [T]he Conservative’s first concern will always be: Are we maximizing freedom?”

As you see bill proposals and budget items and hear the rhetoric of our politicians, I hope you ask yourself that important question. The answer may cut against your preferences and your preferred tribe, but isn’t securing our rights and freedom worth a little discomfort? Isn’t our freedom worth giving up our idols, no matter how long we’ve had them or how great they make us feel?

There are many threats to freedom today and many ways it is being diminished, and as many wise men predicted the threats are largely from within. The threat of progressivism remains constant, there is the threat of resurgent socialism, and also the threats to freedom from the traditionalist or nationalist collectivist portions of what is considered the American Right.  Each of these threats should be taken seriously and confronted if freedom is to remain. We sing of America being the “land of the free and the home of the brave,” so let us be a little braver and make America the land of the free once again.