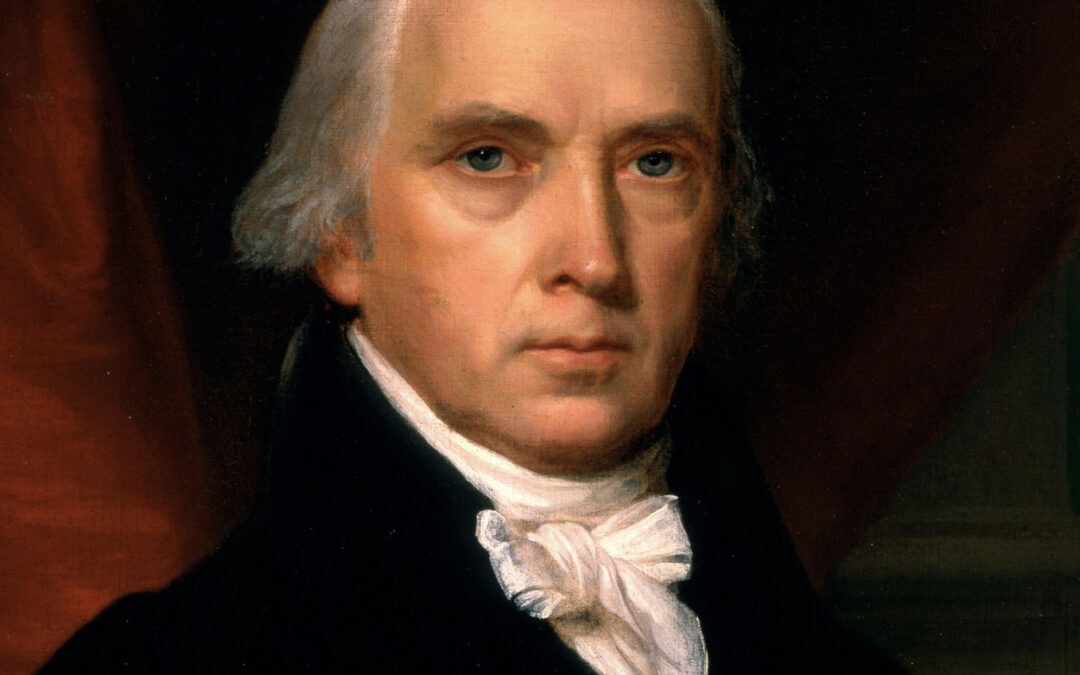 In 1796, Thomas Jefferson wrote a letter to James Madison, in part questioning whether Congress’s enumerated constitutional authority to “establish Post Offices and post Roads” empowered the legislature to “make the roads, or only select from those already made, those on which there shall be a post” (emphasis in original). Weighing the constitutionality, efficiency, and economic wisdom of the two options, Jefferson chose the latter, preferring to keep Congress out of the business of “cutting down mountains & bridging . . . rivers.” Madison, however, would apparently struggle with the question of the federal government’s authority to build roads, culminating in one of the most dramatic (and inspiring) final acts in presidential history.

Almost twenty years after receiving Jefferson’s letter, President Madison had his eye on “internal improvements,” or infrastructure. In the aftermath of the War of 1812 and in the last years of his presidency, Madison felt compelled to introduce a more efficient system of roads for trade, transport, and communication, and he believed the federal government was suited for the task.

In his 1815 State of the Union address, Madison highlighted “the great importance of establishing throughout our country the roads and canals which can best be executed under the national authority.” Madison touted the many advantages he perceived in such a system—economic, utilitarian, patriotic, and artistic—before reiterating that while states had their own local roads and quaint canals, the federal government was the best choice for “systematically completing so inestimable a work” on a national scale. But did Congress have the authority to establish such a system? Somehow, the father of the Constitution seemed unconcerned, as “any defect of constitutional authority which may be encountered can be supplied in a mode which the Constitution itself has providently pointed out.” In other words, if it’s illegal, we’ll make it legal.

In his final State of the Union address, Madison doubled down on his desires for a national infrastructure package, calling on Congress “to effectuate a comprehensive system of roads and canals.” As to the constitutionality of his plan, Madison again charged Congress to get the job done by hook or by crook, emphasizing “the expediency of exercising their existing powers, and, where necessary, of resorting to the prescribed mode of enlarging them.” . . .

Finish the article at The Federalist Society Blog