Liberals and Libertarians Can Be Pro-Life Too 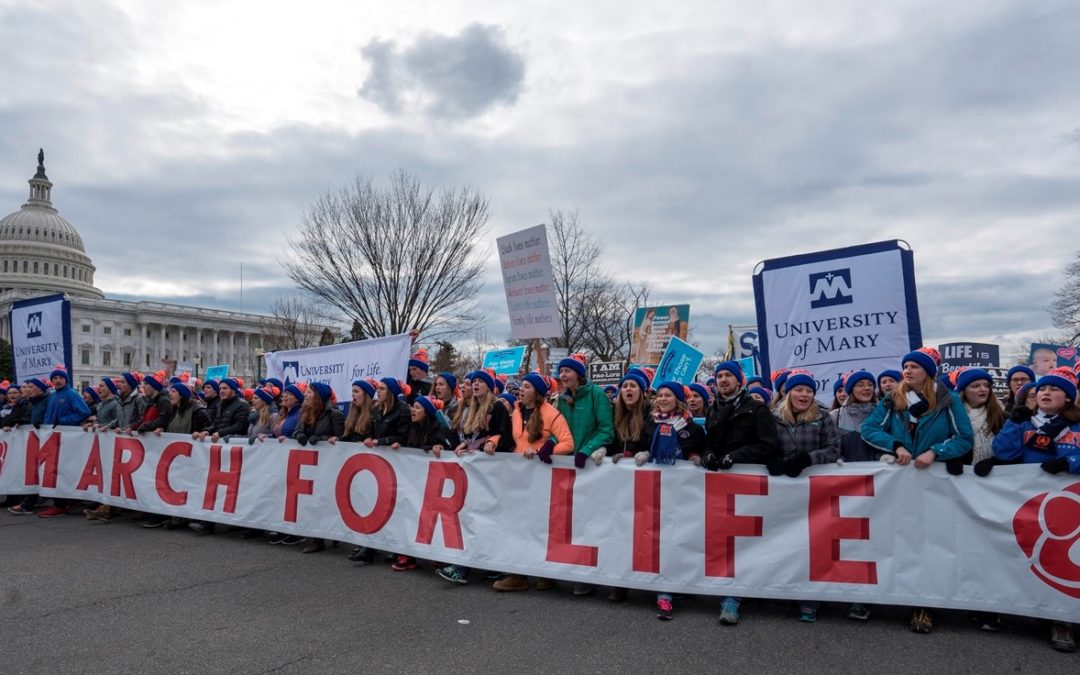 When people hear that I’m pro-life, they immediately assume that I’m a conservative. They happen to be right. I’m not embarrassed by my ideology, but I am sad that most people perceive the pro-life movement as limited to a single point on the ideological spectrum.

I know many people to the left and right of my politics who passionately fight for the rights of the unborn. Unfortunately, I know many more who don’t. But it doesn’t have to be this way.

But everyone in the middle believes in some government, and we’re okay with some regulation — we simply tend to disagree on what, why, by whom, and how much.

In a sentence, liberals believe that government exists to promote the dignity of mankind. If there is anything necessary for a prosperous life — a roof over one’s head, healthcare, employment, food, etc. — liberals believe that the government should at the very least contribute to every citizen’s achievement of these goals, if not outright guaranteeing them and declaring them rights.

On the other side, libertarians believe that government exists to secure the rights of man, including life, liberty, and property, and that man’s laws should reflect “the laws of Nature and of Nature’s God.” Libertarians typically don’t like to see the government involved, unless it’s for the sake of protecting someone’s unalienable rights.

Both groups agree that people have certain rights inherent to them. Each group wants to see people live better, happier, more fulfilled lives, one by using government offensively to ensure rights and the other defensively to secure rights. Each believes in a right to life to some degree. For instance, liberals and libertarians alike agree that murder is wrong. Even if a man kills a person to take their money because he was starving, this would still not be justified. As a general rule, though it seems silly that I even have to say this, neither liberals nor libertarians condone murder. They both believe that life is worth protecting.

The only problem is that people who disagree on abortion usually don’t agree on when a baby becomes a life. For all the failed logic and judicial tyranny that is Roe v. Wade, it at least got that one point right: the moral and legal justification for abortion hinges entirely on whether a gestating baby is a life.

In Roe, Justice Blackmun proceeded to dismiss that hurdle and talk about something else. I won’t. Because if the 41 million babies aborted in 2018 alone were human beings, then liberals and libertarians should be as disgusted as conservatives like me.

So how do we know that an unborn child is a life? I could talk about heartbeats, fingernails, or the ability to feel pain. I could point out that babies respond to pressure, noise, movement, and even tickles. I could cite studies about babies recognizing voices and songs after birth that they’d heard in the womb.

I could reference fetal homicide laws, which charge a killer with two counts of homicide for murdering a pregnant woman. Then there’s simple anatomy: a pregnant woman does not have four legs, four arms, two noses, two heads, twenty fingers, or twenty toes. If a woman is pregnant with a boy, she is not intersex; she does not have two sets of genitalia. “My body, my choice” cannot withstand scrutiny when the child is literally a different body.

But none of these metrics addresses perhaps the most central question: what makes something human? Maybe the unborn are not yet human but only have potential to become human. But if that’s the case, why not protect them with at least as much passion and urgency as the eggs of endangered turtles?

If it’s the heartbeat that makes the human, then any 22-day-old fetus is a human and anyone using a pacemaker is not. If it’s oxygen, then a person is not a person unless they can breathe independent of any tube or tank. If it’s brain function, then there’s nothing wrong with killing a person in a coma. If it’s something about the passage through the birth canal, then my father and one of my brothers are not human. (Shakespeare’s C-Section twist might have worked for Macbeth, but it doesn’t stand up to science.)

If it’s viability outside of the womb, then not only is the advent of humanity moving up with the advances of technology, but it becomes subjective based on where the baby is born and the resources available — a baby in America would become a life faster than in Ghana, a baby in New York City faster than one in rural Ohio, one born in a hospital faster than one born at home. This makes a definition of humanity fully arbitrary. Moreover, adults are no more viable outside of Earth’s atmosphere than a 10-week-old baby fetus is outside of the womb. Life at every stage enjoys some level of dependency on a livable environment.

Now, there are some who will oppose the pro-life position no matter what they know or what science, facts, and reason tell them. That’s because they are not pro-choice but pro-abortion. These are the people who “shout their abortion,” brag or joke about snuffing out life, and turn a blind eye when they hear about a failed abortion where a baby is born alive then left to die. These are abortion doctors who know exactly what they’re killing. There is literally nothing a person can say that will change these people’s hearts or minds. They are pro-abortion. They love abortion. They believe a woman has a right to an abortion whether a baby is a life or not, because murder is justified in the name of convenience or career.

But I believe, perhaps naively, that most people who support abortion are simply pro-choice. Whether liberal or libertarian, these people don’t believe an unborn baby is worth protecting because they don’t believe it’s a life. And if the baby weren’t a person at all but a tumor, then they would be right. But they’re not, as this article and every step of fetal development has shown. Notice, by the way, that I have not once cited to religion. I believe that life has sacred value, but the personhood of the unborn can be defended totally on the basis of science. It has nothing to do with imposing religious views or invading bedrooms. It’s about saving lives.

Liberals and libertarians can be pro-life too once they know that an unborn baby is a life — biologically, rationally, unequivocally. Either that or they’ll willfully become pro-abortion, because once you know it’s a life, you no longer have a choice.

The New Guards is a proud sponsor of the 4th annual March for Life Utah on January 26, 2019! Register here and find more details at marchforlifeutah.org.