It Doesn’t Matter that Doug Jones Won, It Matters that Roy Moore Lost 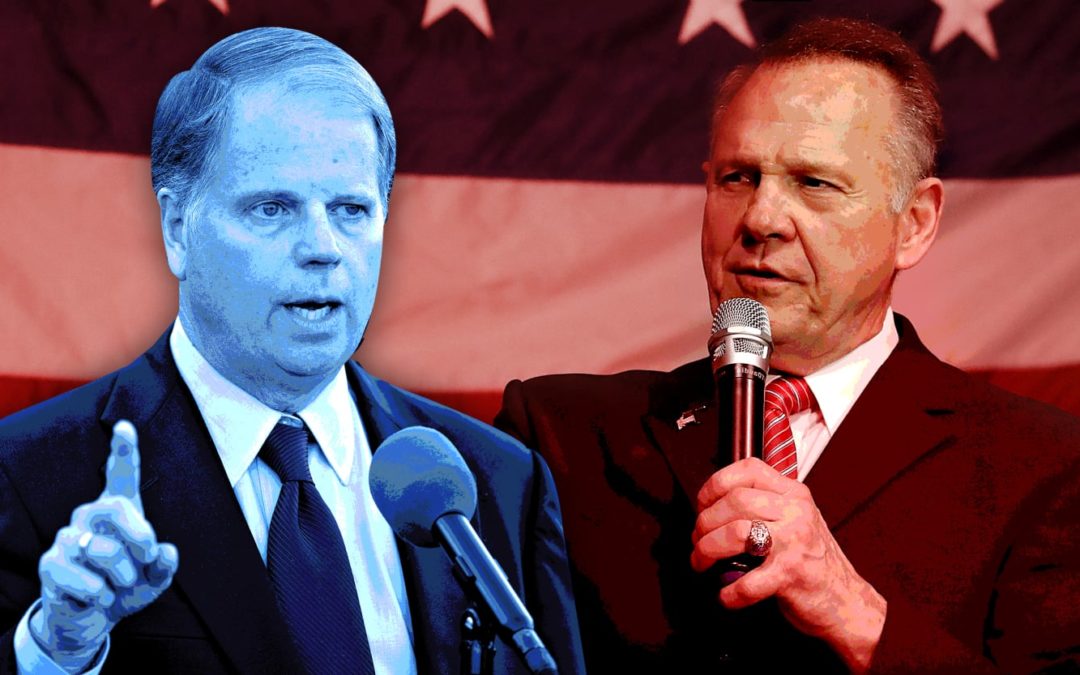 With the midterms coming, people are looking at Alabama’s special election for cues as to what changes we might see in the House and Senate. While there are some definite takeaways that shape our outlook on 2018, there are some important things we need to remember before jumping to any conclusions.

The election of a Democrat senator from the deep red state of Alabama is shocking, but only on the surface. This election was an anomaly. 50% of Alabama Republicans either stayed home, wrote in candidates, or even crossed the aisle (in that order). The bottom line here is the state didn’t vote for a Democrat, they voted against Roy Moore by staying home. In 2020 when a typical Republican opponent challenges Jones, the seat will flip.

Even with Republican control of Congress and the Presidency, the government is still funding Planned Parenthood.  While Doug Jones holds radical views on abortion, advocating for abortion up until the moment of birth, it is extremely unlikely that any abortion related legislation will come down the pipeline in the next two years as Jones serves his term.

Again, this election was not a shift in preference among voters. If Democrats look at Alabama, a state that consistently votes republican, as a model for winning seats in other republican strongholds, the 2018 midterm might as well be called “Ossoff: the Sequel.” If Democrats read too much into this victory, they will waste time and resources gunning for seats that are safely red (i.e. Ted Cruz). Roy Moore was simply a detestable candidate. Between the many accusations of sexual misconduct and the cringe-inducing views, such as favoring the repeal of any constitutional amendment after the 10th, many Republicans just couldn’t stomach him.

Any Republican up for election in the midterm wouldn’t be able to escape the onslaught of questions about Moore. He would have been a drag on every single race and could have lost Republicans some very vulnerable seats. Those who are up for re-election have to be quietly relieved that he lost.

Steve Bannon is not the political mastermind he would have the country believe. As Ben Shapiro has repeatedly pointed out, Bannon has ridden on the coattails from one prominent person to the next and won “big league” (or bigly, depending on your preference) with Donald Trump. But Bannon couldn’t even hold onto that golden goose for very long, as Trump grew tired of him and outed him from his position within the White House as “Chief Strategist” – the most influential position Bannon could have ever hoped to attain.

Bannon tried to save face by declaring he was of more use to the President and his agenda outside the White House than in. His move was to fashion himself as the figurehead of a right-wing nationalist, populist movement: hand-picking candidates that fit this brand and pushing them through the Republican primaries. Moore was the first candidate to come out of the woodwork under the Bannon stamp of approval, and after the debacle this election was, that stamp may just be a scarlet letter of warning in the primaries to come. Would-be Republican candidates would do well to shy away from the type of rhetoric pushed by people like Bannon and Moore that are off-putting to all but the most fervent of Trumpsters.

Right now, one of the biggest factors for the midterm elections is a Republican Congress that needs to prove to voters that it deserves to keep its majority. It’s easy to be the opposition party; it hasn’t been long enough to forget the memorable years 2010 and 2014 were for Republicans. The Democrats are as fractured as Republicans are, but they’re united in their opposition to President Trump. That alone will be enough to energize their base to get out and support whichever Democrat becomes the candidate for their area. Congress will need to have a strong legislative agenda for 2018 if it hopes to get all voters who fall under the Republican tent out to the polls.

As far as the candidates go, it will not be enough for them to simply be free from allegations of misconduct. Roy Moore was a judicial activist, and he was willing to ignore the law in favor of his own convictions. This was a huge issue for many conservatives who chose instead to stay home, rather than support a candidate that would only be a burden on conservatives down the road. Supporting true, constitutional conservatives in the primaries (such as Austin Petersen in Missouri and John James in Michigan) who will contribute to the creation and passing of worthy legislation is also going to be crucial to winning in 2018. It’s the necessary step to ensure that we end up with the right people representing us, not just the lesser of two evils.

Every seat will count.