Is Trump Jr. Wrong? Depends What You Think of Putin 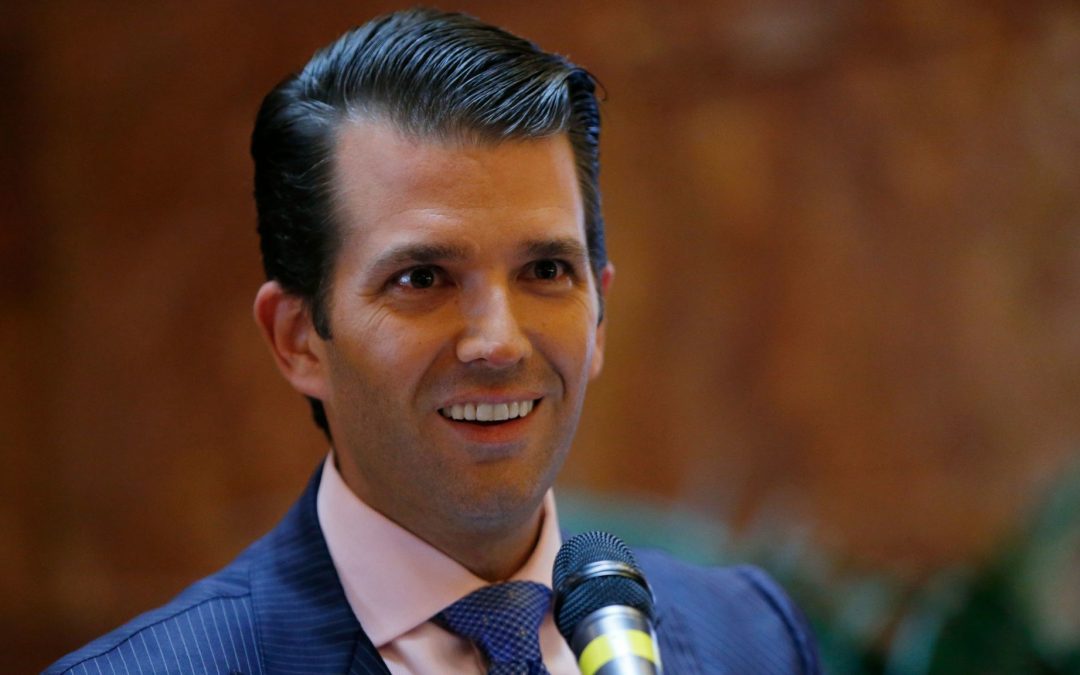 In light of the newest revelation in the year-long Quest for Collusion (ongoing), the Right is divided between what’s moral, what’s necessary, and what’s excusable. Let’s start with some context.

First, the facts: Donald Trump, Jr. publicly admitted to attending a meeting — alongside Trump son-in-law Jared Kushner and former Trump campaign manager Paul Manafort — with a woman priorly presented to him as “The Russian government attorney.” Said meeting was designed for the reception of “some official documents and information that would incriminate Hillary and her dealings with Russia and would obviously be very useful to [Trump Sr.],” all as “part of Russia and its government’s support for Mr. Trump.” This is all taken from the email Don the Younger himself tweeted out minutes before The New York Times posted the story.

Here’s as far as we can go with this: Don Jr. and company knew the informant had connections to the Russian government and would be supplying official government intelligence regarding Hillary. Turns out it was a big “wasted 20 minutes,” as Donny told Hannity. Just before the meeting, Trump Sr. had promised bombshell information on Hillary that he never provided, so there’s at maximum a suggestion that he knew something, but we don’t have any evidence to prove that he was involved. This does NOT prove collusion on the part of the president.

None of this is illegal, by the way, even if it’s really not smart. Not with the details we have so far. But the Right is divided amongst itself on the issue of whether it was the right thing to do.

On one hand: “It doesn’t matter, they didn’t get anything anyway!” “Hillary did the same thing with Ukraine!” “If someone offers you bombshell oppo research, you take it!” “We have to do whatever it takes to win!”

On the other: “We can’t trust Russia.” “We can’t abandon our principles.” “We wouldn’t tolerate this from Hillary or Obama.”

(Notice only one side seems to be shouting.)

Just read Ben Shapiro and John Nolte for completely opposite reactions from within Daily Wire alone.

To be clear, I don’t think Russia influenced our election in the slightest, nor do I believe President Trump was at all involved in any collusion efforts. But droves of Republicans claim that even if the Kremlin did manage to hack into the voting process, even if Trump did seek/accept their help, even if Russia did support Trump as president, and even if all they did were try, many are saying that it wouldn’t matter. Better to have Russia as an ally than an enemy. Trump’s got it under control. Don’t worry about Vlad.

In a few words, the Right is falling apart, and this is the just the latest episode of “GOP Family Feud.” Both sides of the argument can keep on with the indefatigable tug o’ war, but we’re never going to find the solution unless we can at least identify the root of the problem.

Why are so many on the Right so comfortable sidling up to Russia?

Correct me if I’m wrong, but I think it’s as simple as a discrepancy between how we see Putin. I’m not saying Trump supporters agree with the Russian president or even like him, but they clearly don’t despise him, fear him, or believe he should be kept at an arm’s length. Maybe they think Trump can keep Putin on a leash, or at least that Trump can avoid Putin’s grip. Maybe they think we can use him — a little “quid” without the “pro quo.”

Well I don’t buy it, and I’m certainly not falling for the false dichotomy that we can either saddle up with Vlad or prep for World War III.

This is the debate we need to settle before we can come to any meaningful conclusion about the collusion (although Kellyanne Conway has tried to literally spell it out for us). You might not see Putin the same way I do and thus might not feel any apprehension toward a Russian alliance, but this is what I see:

I see an unrepentant former KGB agent, a president suspected of ordering numberless mysterious, politically motivated killings, including bombing his own people and blaming it on Chechnya to justify an invasion.

I see a president responsible for dastardly war crimes, including the deaths of over 25,000 civilians in Grozny during the Second Chechen War and close to 10,000 in Ukraine.

I see a president who’s outlawed free speech, peaceful assembly, and political protest; who uses corrupt courts to silence, intimidate, and imprison political dissenters (with over a hundred currently locked up); and who’s pursuing Alexei Navalny, an anti-corruption lawyer who has announced his candidacy to challenge Putin in 2018, with fabricated criminal charges (Alexei’s brother Oleg has already been arrested).

I see a president who aides terrorist Syrian President Bashar al-Assad in the slaughter of civilians, including children and families, the death toll now surpassing 470,000.

Lastly, I see my own president, who has on more than one occasion dismissed Putin’s atrocities by saying things like: “What, you think our country’s so innocent?”, “He’s running his country, and at least he’s a leader, unlike what we have in this country,” and “Well, I think that our country does plenty of killing, too. … I’ve always felt fine about Putin. He’s a strong leader. He’s a powerful leader.”

I don’t trust Putin as far as he can ride a horse without taking his shirt off, and I don’t trust Trump to play with fire and not get burned. I don’t care what information it provides — I don’t want Kremlin agents hacking into American systems, especially government records, fingering through classified documents. I don’t care what we get out of the relationship — I don’t feel comfortable cuddling with communists. Call me crazy, but I happen to think we can (and do) win elections without foreign intervention, and I think we can snuff out terrorists without enlisting noted war criminals.

As far as I’m concerned, the collusion narrative can just go away. It won’t, but I wish it would. What does trouble me is the code of ethics pervading the Republican Party. What does this faction of the Right see in Putin that I don’t? How much are they willing to ignore? Considering those points that I just laid out, why is this direction okay?

I don’t want to see the Right divided any more than it already is. But if we hope to come together, we have to start answering these questions.