If You’re Afraid of Being Shot in School, You’re Either Paranoid or an Imbecile 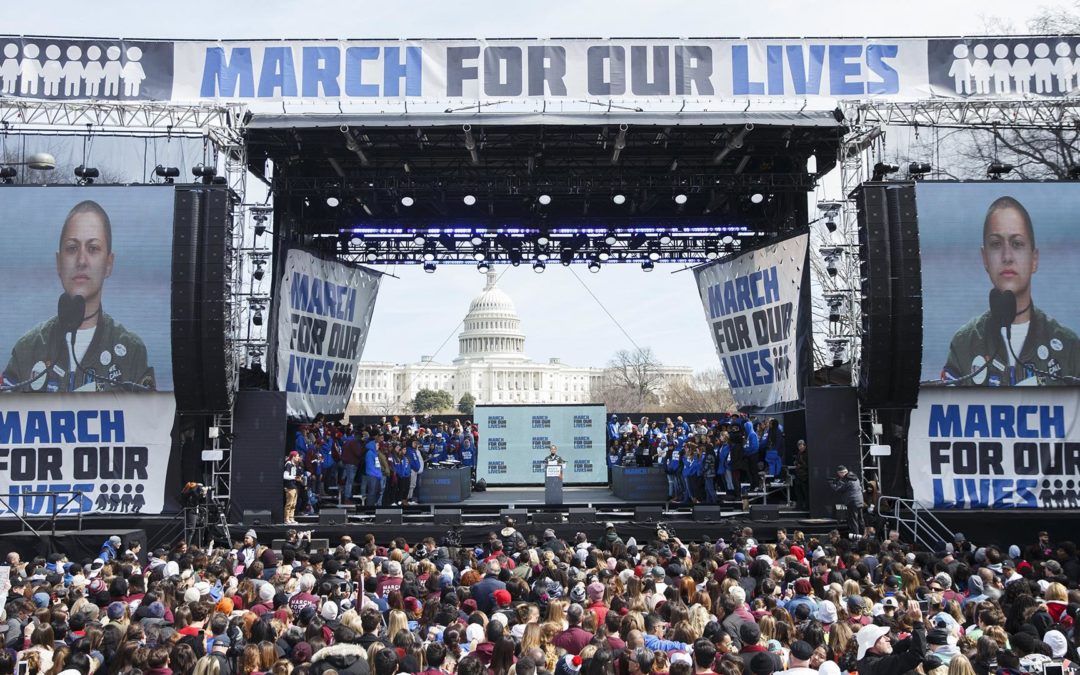 On Saturday, hundreds of thousands of people nationwide took part in the March for Our Lives, the so-called Never Again MSD movement. They march because they feel that lawmakers aren’t doing enough to curb gun violence, specifically school shootings – and while I understand their grief and anger after losing friends and family to gun-related crimes, it is a lie.

In reality, gun deaths in America are remarkably rare. There were approximately 56 million K-12 students enrolled in 2017, compared to thirteen gun-related deaths on K-12 campuses that year (nine excluding the shooters themselves) and only nine in 2016 (three of which were the respective shooters, one was off-campus at a shooter’s home and thus doesn’t really count, and two were part of a murder-suicide pact of a high school lesbian couple). That amounts to one victim of gun homicide out of every 6.2 million students in 2017, with one in 18.6 million in 2016.

More generally, you are three times more likely to die from choking on food than in a mass shooting (1 in 3,461 vs. 1 in 11,125), and you have a three times greater chance of dying in a motor vehicle accident than in any type of gun homicide, including gang and drug-related violence (1 in 108 vs. 1 in 385). As you can see, even general instances of gun homicides are rather slim, let alone on school property.

The Parkland students leading the march, such as David Hogg, demand an all-out ban on “assault rifles” like the AR-15 and that all blame for the shooting be placed upon gun rights organizations. Hogg recently appeared in a video asking, “What if our politicians weren’t the b***h of the NRA?” If we really want to single out substantial contributions of interest groups to politicians, let’s look at teachers’ unions and the Democratic Party.

The American Federation of Teachers alone contributes more than four times as much to Democrats (almost $850,000) as the NRA gives to Republicans (just under $198,000). Teachers’ unions, unlike the NRA, advocate for far worse policies than the NRA, standing against school choice/vouchers and placing the jobs of bad teachers over the decent education of our children. Democrats willingly take this money, not because their constituents love teachers’ unions or want to destroy public schools, but because they want the money. Most Republicans support the NRA because they and their voters care about the right to bear arms.

This is just scratching the surface of the lies that flourish due to the cluelessness of their supporters. Most of those promoting Never Again MSD ask for “common sense” legislation, which is in all likelihood a sincerely well-meaning response to a horrific shooting, but they fail to understand what really led to the event. The shooter, whose name I won’t mention, should have been institutionalized. This was even considered as far back as September 2016, when school counselors and a sheriff’s deputy recommended forcibly committing him for mental evaluation. All of this could have been done legally under Florida’s Baker Act. There was plenty of evidence for state officials to bar him from buying a firearm, and even to place him in a psych ward, but the government can’t do anything right.

Why aren’t the students and teens across the U.S. marching against the people that prevented him from being evaluated? Had I been a survivor of the Parkland shooting, this would be the bread and butter of my movement. Sadly, we’re stuck with the teens that seek to push an agenda that has no basis in facts or evidence.

I ask all that read this to look at all the information available before you wholeheartedly join any movements like Never Again MSD. Doing so will open your eyes to lies that are behind it.