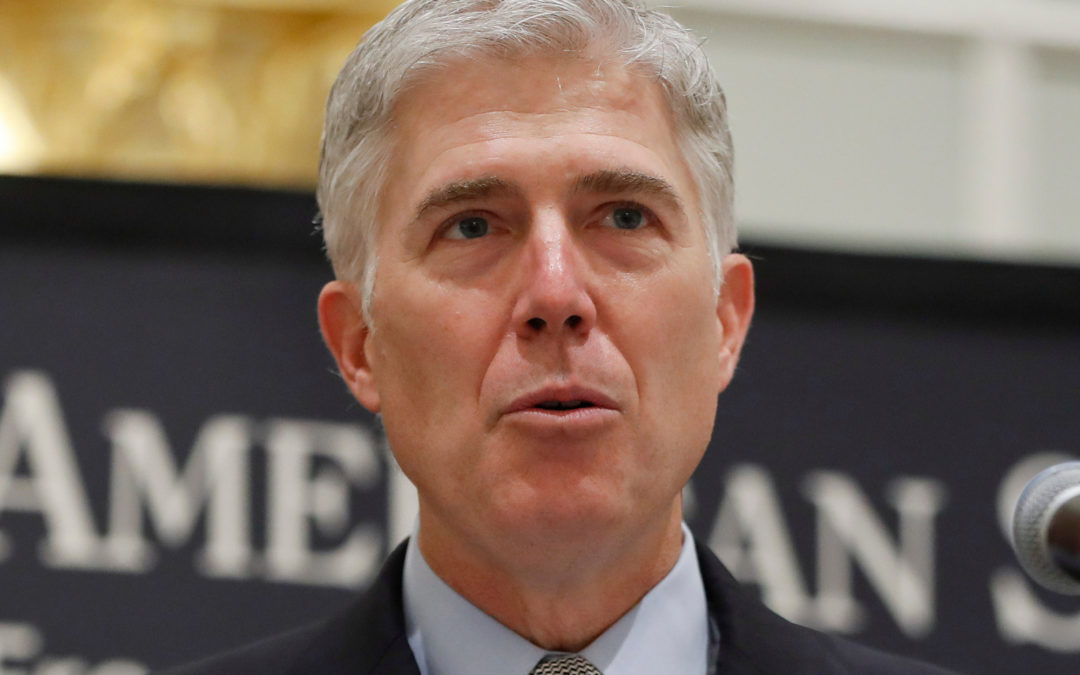 Justice Neil Gorsuch sided with his liberal colleagues last week, provoking a spectrum from outrage to confusion among right-wingers. But too many people seem to have overlooked the significance and nuance of Gorsuch’s concurring opinion.

A concurrence is penned and published when one or more justices agree with the decision but not with the reasoning of their fellows on the bench. In this most recent case, Sessions v. Dimaya, the Court argued whether a particular illegal immigrant qualified for automatic deportation under a California law requiring such for offenders of a “crime of violence.”

Five justices voted against deportation, Gorsuch among them, but this does not mean that he is a globalist, anti-deportation, closeted liberal activist. In fact, his concurrence is devoid of activism or grandstanding for any side of the issue — just as it should be.

The Supreme Court’s duty is to interpret the law as written and judge actions based on existing law. Justice Gorsuch, pursuant to this goal, cites the vague language of federal law is it applies to California’s burglary statute, which, according to him, “applies to everyone from armed home intruders to door-to-door salesmen peddling shady products.” Gorsuch continues, “How, on that vast spectrum, is anyone supposed to locate the ordinary case and say whether it includes a substantial risk of physical force? The truth is, no one knows.”

Notice here no pandering for open borders, no aside in favor of sanctuary cities, and no indication of animosity toward the immigration law that would deport a violent felon. He says nothing of his personal opinions on the matter, and it would be inappropriate to do so. Justice Gorsuch merely questions whether burglary, as defined under California law, intrinsically constitutes a crime of violence against person or property as outlined in 18 U.S.C. § 16. “Vague laws,” he says, “invite arbitrary power,” citing similar vagueness as one of the Founders’ grievances that led to revolution.

Rather than fill in the gaps of an unclear statute — like Chief Justice Roberts’s unlawful additions to Obamacare — Justice Gorsuch instead decided to err on the side of exactness of interpretation. In fact, Gorsuch denounces the opposite approach of “leaving the people in the dark about what the law demands and allowing prosecutors and courts to make it up.”

The Supreme Court’s duty is not to determine whether laws are constitutional, inject ideology, or redraft statutory verbiage — as Alexander Hamilton expressed, “to exercise will instead of judgment.” Their role is simply to judge, and their only consideration for judgment is existing law. That is the originalist stance.

Justice Gorsuch endorsed the constitutional separation of powers, reminding the legislature of the need for precision in law so as not to cast too wide a net that the judiciary must then sift through for legitimate cases. That is the originalist stance.

Justice Gorsuch is an originalist. He did not rewrite the law, and he appropriately took no public stance on illegal immigration. I admit I have no idea of his ideological leanings on this issue, which is how it should be. That’s not to say that his decision was totally right — maybe Justice Thomas’s dissent was equally justified. Maybe, given the facts of the case to which I am not privy but Justice Gorsuch certainly is, it should be obvious that these particular burglary convictions were violent in nature. But there is no doubt in my mind that Gorsuch’s approach represents a pure devotion to upholding the Constitution, not an irreverence toward it.

In other words, even if he’s wrong, as least he’s not lying. I’m unsure about his destination, but I praise the road he took to get there.

For those saying that the Court struck down part of immigration law, this is false — the Supreme Court has no real authority to do so. But even if it did, Justice Gorsuch would not be responsible for it. His actions represent the highest level of respect for the rule of constitutional law.

Conservatives rightly decry activist liberal judges who legislate from the bench, but they must be careful to avoid hypocrisy. Gorsuch rewriting law is just as bad as Ginsburg doing it. Gorsuch stumping for strong borders and the deportation of violent felons would be as inappropriate as Kagan promoting the opposite.

We must apply our constitutional standards equally, even if that means we don’t always get quite what we want. I’m grateful to Justice Gorsuch for taking an unpopular stand in pursuit of constitutional originalism, even if — maybe — his decision was less than perfect.