Galt’s Gulch: If Men Were Angels 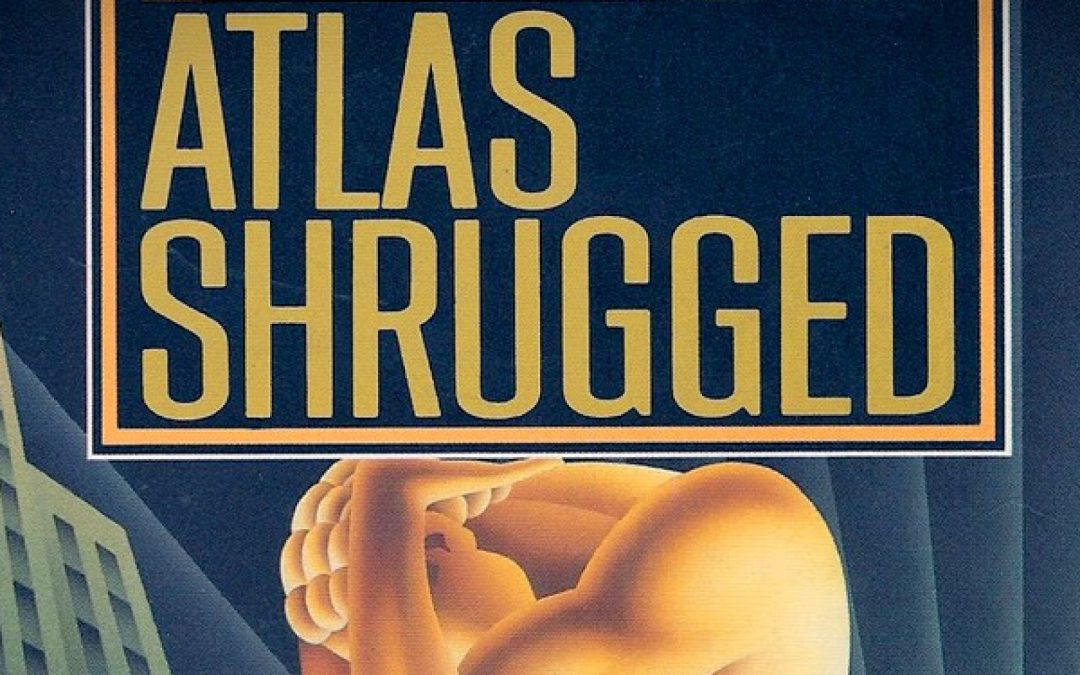 In part 3 of Ayn Rand’s dystopian opus Atlas Shrugged, protagonist railroad executive Dagny Taggart crash lands into a mountain valley known as Galt’s Gulch, a libertarian utopia where there are no laws — only free enterprise and those who pledge to uphold it.

The valley is populated by industrialists, entrepreneurs, and respecters of natural rights who have gone on strike from the Marxist people’s states which dominate Rand’s grim world, instead forming new businesses with low rates in a free market society and enjoying the basic pleasures of thrift, effort, and ownership.

All who wish to join the community must recite (and mean) the following pledge: “I swear by my life, and my love of it, that I will never live for the sake of another man, nor ask another man to live for mine.”

When Dagny arrived in this utopia, one of my first thoughts was, “This could never happen.” I took particular issue with the absence of laws — what happens when someone violates the social compact and rejects natural rights? This model only holds up if every single person follows along.

This is a major difference between libertarians and conservatives. Libertarians often border on anarchy, only without the disorder and chaos. They expect a total laissez-faire society to take care of itself. To me, this is to ignore the nature of man.

Conservatives, on the other hand, believe in limited government: small, but big enough to protect natural rights.

For purposes of the novel, Galt’s Gulch makes sense because it is inhabited only by those who have proven themselves to be defenders of liberty and industry, who have pledged to live by their own means. But that only works if every man and woman lives up perfectly to those ideals, never faltering for an instant. If you want this utopia to survive outside of Galt’s Gulch, you have to expect men to be perfect in their devotion to principle.

Interestingly, I started my day with a seemingly unrelated question on my mind that I revisit from time to time: what value will I have in Heaven? What will I do? I plan on a career in political analysis in mortality, but what use will there be for my profession in the great beyond? I don’t anticipate any such political divides in Heaven as we see on Earth, and even if a few of the great thinkers are called upon, I don’t expect to be counted among them. Maybe I could be a teacher of some kind? Or would I pursue something else entirely? I don’t know, but I was surprised to find my question embodied in Rand’s text.

What do you do when your field becomes obsolete? Residents of Galt’s Gulch find their answers to this question based on the supply and demand of particular industries in a mountain valley and the simple joy of honest labor. Professors, philosophers, actresses, and day laborers become handymen, electricians, waitresses, and musical understudies. At that moment of reading, I realized that Galt’s Gulch represents the economy of Heaven.

I made this discovery just before Rand started pointing it out to me rather heavy-handedly. Dagny asks a colleague if his current project is what “you were working on while you were on Earth?” Rand adds, “She said it involuntarily and she gasped a little at her own words.”

Later, another associate prompts, “Ask yourself whether the dream of Heaven and greatness should be left waiting for us in our graves — or whether it should be ours here and now and on this earth.”

Heaven, we’re taught, operates along the same lines as Galt’s Gulch: it works because it is entirely populated by those who have proven themselves to believe in and live for the cause of righteousness. As one verse teaches, “He who is not able to abide the law of a celestial kingdom cannot abide a celestial glory.” Only if we pledge to live by God’s laws can we participate in His economy.

But while a beautiful idea, this “Heaven on Earth” transcendence would be impossible on a significant societal scale thanks to the fallen nature of man.

I often say that Alexander Hamilton was right about what government should be, but he was naive to think that fallen men would keep it that way. I believe the same of Galt’s Gulch and libertarianism in general. Ignoring this reality, the implementation of such a system becomes dangerous.

Man is fallen, so men will violate one another’s rights. A government needs to be in place in order to preserve those rights, and care must be taken to ensure that the government in turn doesn’t violate the rights of the people it was instituted to protect.

Only then can the rights of man be enshrined while counteracting the depravity of man. Until men become angels, freedom requires balance.