Flake Has No One to Blame but Himself 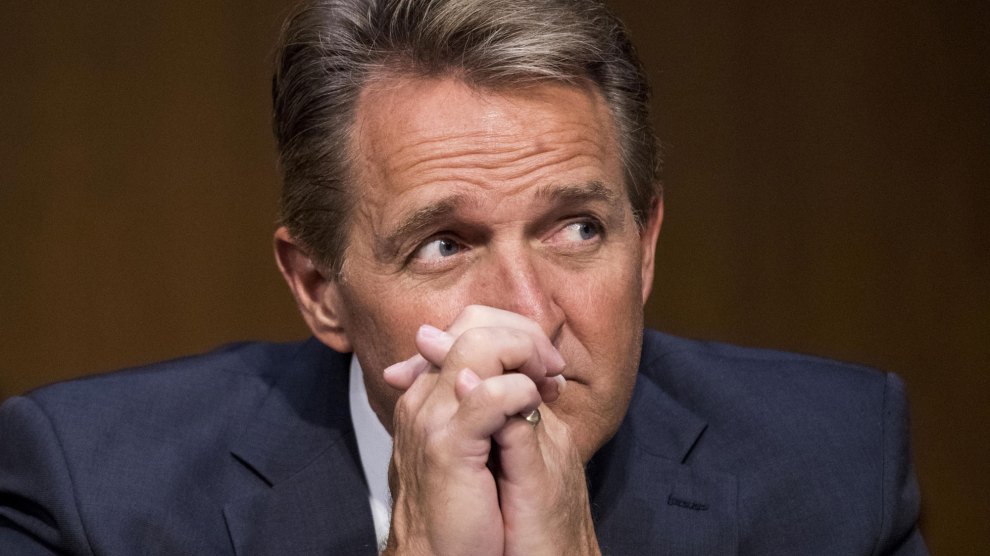 President Trump isn’t a conservative, as shown by some of his policies and positions, and we conservatives should be united in rejecting those policies; but Senator Flake is hardly the one to criticize as Flake himself has an F on the Liberty Scorecard at Conservative Review and was voted the #8 RINO in Congress (Our dear Senator Hatch holds the #5 position on that list may he retire in peace).  How dare he stand on a soap box and lecture anyone about what true conservatism is when he himself has hardly done anything for the cause.  How dare he lecture us about principles when during his time in the Senate he was largely betraying the principles he claimed to have!

This culture of surrender among party leadership is why the Republican Party hasn’t had a real domestic policy victory since the Reagan era. Instead of standing up for Conservative beliefs, the Republican Party leadership has been “managing the decay” by allowing the Left to fundamentally alter and destroy the foundations of our country and profiteering from it.  Senators like Jeff Flake had no problem with the direction the country was going under Obama; He and republicans like him, were only concerned with how fast we were getting there.

This is why after decades of broken promises and lying down in the face of a fight the Republican base was willing to turn to Trump.  Yes he isn’t conservative, yes he isn’t polished, yes he is crude, yes he might be a moral reprobate; but hell he seemed like he would at least fight for us!  He at least seemed like he would punch back, and for many of the Republican voters, that was good enough.  Voters had seen plenty of polished, statesmen-like, candidates turn out to be cowards and were ready to give the unpolished, crass, strongman a chance if he would fight for them.

So next time Flake, or any other moderate Republican elites, feel inclined to virtue signal and denounce what is happening in Washington; I hope they remember it is because they did nothing for decades, and surrendered at every opportunity, that Donald Trump is President. They have no one to blame but themselves.

So it turns out I agree with the words of Senator Flake: Enough! Enough with the feckless, constant surrendering that Congressmen and Republican elites like Flake call “leadership.”  Enough with Flake and those like him claiming to stand for Conservative principles while they stand by and let the government grow. Obamacare remains untouched, Planned Parenthood’s factory of death remains funded by taxpayers.  Enough is enough.

So Jeff Flake, next time you bellow like Anakin Skywalker at President Trump, “You’ve turned them against me!” Just remember, “You have done that yourself.”