Does 17-Year-Old Kenosha Shooter Kyle Rittenhouse Have a Viable Case for Self-Defense? 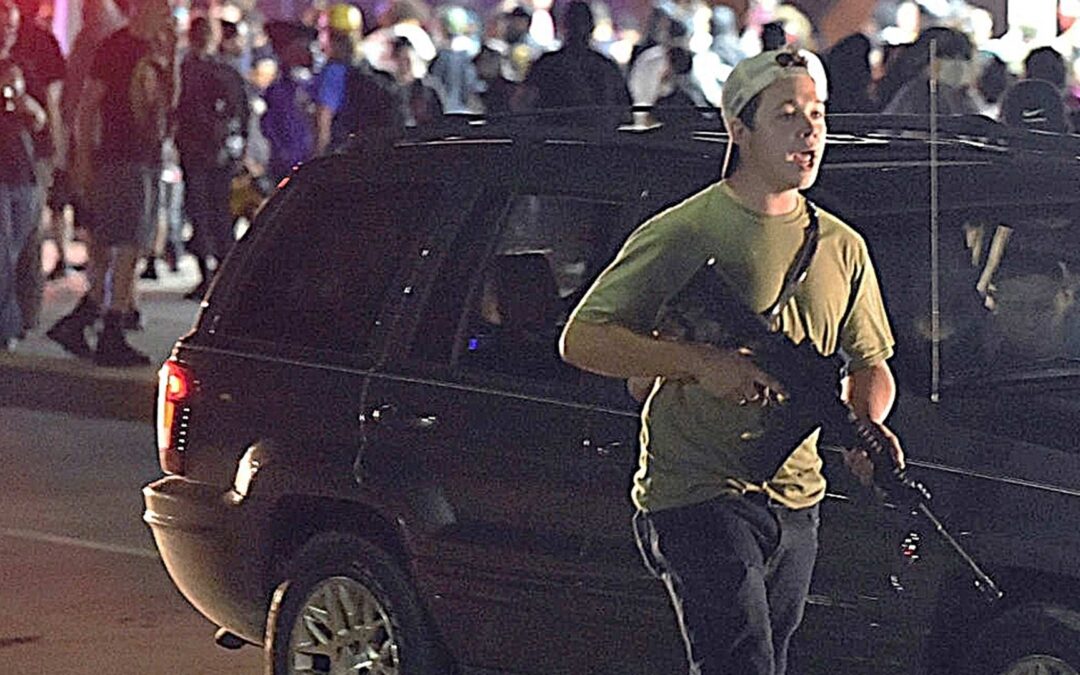 After two fatal shootings in Kenosha, Wisconsin, on August 25, a 17-year-old Illinois resident named Kyle Rittenhouse has been charged with several crimes, including two counts of homicide, one of attempted homicide, and one misdemeanor charge for possessing an AR-15-style rifle as a minor. Rittenhouse claims he acted in self-defense. Based on the facts as reported so far, does Rittenhouse’s case for self-defense have any arguable merit?

What Are the Facts?

This analysis relies on various accounts of what happened in Kenosha on August 25, including video footage, descriptions of what the footage depicts, other reporting, and the criminal complaint filed against Kyle Rittenhouse.  Of course, the reporting could be wrong, the videos could be taken out of context, and the criminal complaint could be mistaken.  But for purposes of this analysis, we will assume the following facts:

Rittenhouse is a 17-year-old resident of Illinois. While it is not clear why he came to Wisconsin nor where or how he obtained a rifle, his lawyer has insisted that Rittenhouse “did not carry a gun across state lines. The gun belonged to his friend, a Wisconsin resident. The gun never left the State of Wisconsin.”

Early footage of the time period in question shows Rittenhouse standing in front of a car dealership, holding an AR-15-style long rifle and carrying a medical kit. He told the Daily Caller that is was his job to “protect this business” and also to “protect people.” Rittenhouse identified himself as a certified EMT and could be seen walking the streets of Kenosha offering aid to protestors.

Later video footage shows Rittenhouse being chased across a parking lot by multiple pursuers, one of whom fired a gun into the air, but it is not clear what sparked this chase. According to Christiaan Triebert of the New York Times, “Rittenhouse turn[ed] toward the sound of the gunfire as another pursuer lunge[d] toward him.” Rittenhouse then fired his rifle four times and “appear[ed] to shoot the man in the head.” While a Daily Caller reporter administered first aid to the man who had been shot, Rittenhouse allegedly called someone and said, “I just killed somebody,” before continuing to flee from pursuers.

About a minute and a half later, additional video shows Rittenhouse continuing to flee as pursuers shouted “Beat him up!” “Get that dude!” and “Get his a**!” Rittenhouse tripped and fell, after which one pursuer kicked at him. Rittenhouse fired two rounds but did not hit the man. Another pursuer holding a skateboard ran at Rittenhouse, appearing to reach for his weapon as the skateboard made contact with Rittenhouse’s shoulder area. Rittenhouse fired one round at this man’s torso, killing him. A third man approached Rittenhouse with a pistol in his hand but froze and put his hands up after the second man was shot. After a moment, the third man again moved toward Rittenhouse, who fired one shot and wounded the man’s arm.

Is the Self-Defense Claim Viable?

Assuming the general accuracy of the above facts, Rittenhouse’s self-defense claim appears viable. In Wisconsin, a person may use deadly force if he “reasonably believes that such force is necessary to prevent imminent death or great bodily harm to himself.” Wis. Stat. § 939.48(1). Courts may generally consider “whether the actor had an opportunity to flee or retreat” before using force, but Wisconsin does not require flight before the use of force. Wis. Stat. § 939.48(1m)(ar).

Accordingly, Rittenhouse likely has a strong initial argument that the use of deadly force was necessary: assuming the accuracy of the facts laid out above, Rittenhouse only fired after being chased, after his pursuers themselves appeared to fire weapons, and after being physically attacked.

But what of any counter-arguments? For instance, in Wisconsin, a person “is not entitled to claim the privilege of self-defense” if their unlawful conduct provoked the attack. Wis. Stat. § 939.48(2)(a). Would this doom Rittenhouse? Given the factual scenario, there is no way of knowing whether Rittenhouse provoked the attack, as there is no clear reporting or video showing why he was being chased.  But it likely does not matter: the statute permits self-defense, even after provocation, where “the person engaging in the unlawful conduct [reasonably believes] that he or she is in imminent danger of death or great bodily harm” and that “he or she has exhausted every other reasonable means” to escape or avoid that harm. Wis. Stat. § 939.48(2)(a). “Reasonable belief” is a notoriously difficult legal concept to pin down, but given the gunfire, the chase, and the aggressive conduct of his pursuers, Rittenhouse would have a sturdy argument that such a belief was reasonable.

One potential problem for Rittenhouse is that he cannot assert self-defense if he “provoke[d] [the] attack . . . with intent to use such an attack as an excuse to cause death or great bodily harm to his or her assailant.” Wis. Stat. § 939.48(2)(c). In other words, did Rittenhouse provoke an attack so he could shoot someone?  The facts available so far complicate coming to any conclusions, but based on Rittenhouse’s offers to render aid to protestors and his flight, it seems a prosecutor would need significant contrary evidence to establish that Rittenhouse intended to provoke a deadly attack.

A final potential counter-argument is that because Rittenhouse was allegedly engaged in illegal activity (possessing a firearm as a minor) prior to the shootings, he cannot claim self-defense. But no Wisconsin law appears to support this argument. Committing criminal activity prevents the application of a special defense privilege unlikely to be relevant here anyway, see Wis. Stat. § 939.48(1m)(b)(1), but as shown under Wis. Stat. § 939.48(2)(a), Wisconsin explicitly allows some self-defense claims even if unlawful conduct has occurred.

Thus, Rittenhouse seems to have a viable case for self-defense and will likely be found not guilty of homicide and attempted homicide. Indeed, Rittenhouse might even escape a conviction for the seemingly more straightforward possession charge. See Wis. Stat. § 948.60(2)(a). A potential loophole could stem from Wis. Stat. § 948.60(3)(c), which allows 16 and 17-year-olds to carry long rifles. See Wis. Stat. § 941.28. Although this exception was apparently created with hunting in mind, the text is ambiguous enough that Rittenhouse could overcome this charge based on the rule of lenity, which requires an ambiguous law to be interpreted in the manner most favorable to the defendant.