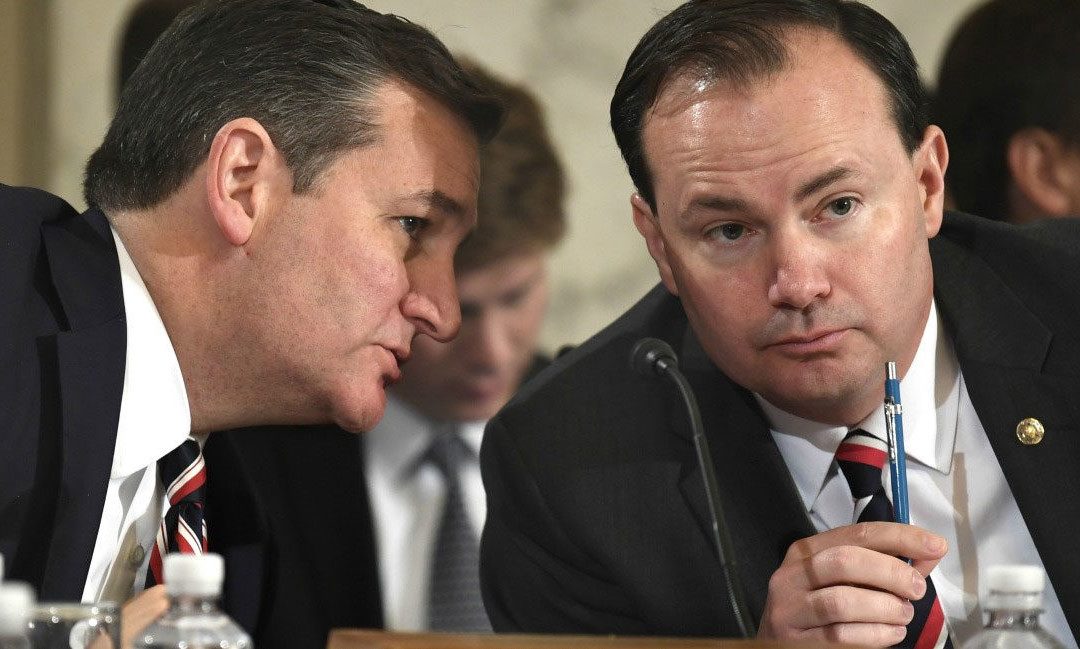 Syndicated radio host and Conservative Review contributor Shannon Joy took to Facebook Live on Friday to break the news that a congressional appropriations bill (a “minibus,” as she called it) had just passed through both chambers of the legislature with virtually no public fanfare or even attention from conservative pundits. The bill funds Planned Parenthood, Common Core, DACA and other amnesty initiatives, refugee resettlement, sanctuary cities, and Obamacare programs through Health and Human Services. There is no funding for a border wall, border security, or ICE.

But even worse, Joy noted, conservative icons Mike Lee and Ted Cruz voted in favor of the bill. Joy called this a “complete betrayal and an absolute decimation of the conservative movement.” “The Freedom Caucus is nowhere to be found,” she added.

If the allegations were true, I would totally agree with Shannon. I can’t imagine Mike Lee giving any satisfactory explanation for voting to fund Planned Parenthood, and without Lee, Cruz, and a few others, the conservative movement would have practically no legs in government.

The good news, however, is that the story is actually not true. An hour after her live video, Joy made a follow-up post:

“BIG clarification here – I have been posting and tweeting on HR 6157 today which passed out of conference and is close to the presidents [sic] signature – NOT the Energy and Water minibus passed today. … Also Ted Cruz and Mike Lee DID NOT vote in favor of the abortion funding HHS, Labor and Education bill (HR-6157) they [sic] voted for the Energy and Water Minibus passed today.

SORRY for the confusion!!!!”

The mix-up is understandable. Appropriations bills can be difficult to decipher, not only because of their length but because the language used is often crafty — Congress doesn’t usually come out so directly and say, “And x dollars for Planned Parenthood, with y funding for Obamacare.” You have to read between the lines.

From GovTrack.us, H.R. 5895, the one Mike Lee and Ted Cruz did vote for, “provides a total of $145.4 billion in discretionary funding,” including “$96.9 billion in discretionary funding to provide the infrastructure necessary to house, train, and equip military personnel, provide housing and services to military families, help maintain base infrastructure, and fund veterans’ benefits and programs.” Another $35.494 billion is given to the Department of Energy for such items as “nuclear weapons activities, defense nuclear nonproliferation, naval reactors, and … basic science research.”

In my view, these are likely justified expenditures — it’s certainly debatable. At the very least, I believe defense, veterans’ affairs, and nuclear development to be legitimate functions of government. The Health and Human Services bill, on the other hand, appropriated over $600 billion (more than quadruple the bill Lee and Cruz approved) for the unconstitutional provisions listed above.

So don’t worry, Mike Lee and Ted Cruz did not vote to fund Planned Parenthood, DACA, and Obamacare. Sadly, many members of the Freedom Caucus, including Jim Jordan and Mark Meadows, did. Additionally, President Trump is poised to sign the bill, and blame has to be given where due. He has the power to stop it and likely won’t. So conservative’s aren’t off the hook, and (surprise!) the battle’s not over. But what else is new? At least two of our greatest commanders are still reporting for duty.