Dear Veterans, Thanks for the Memories 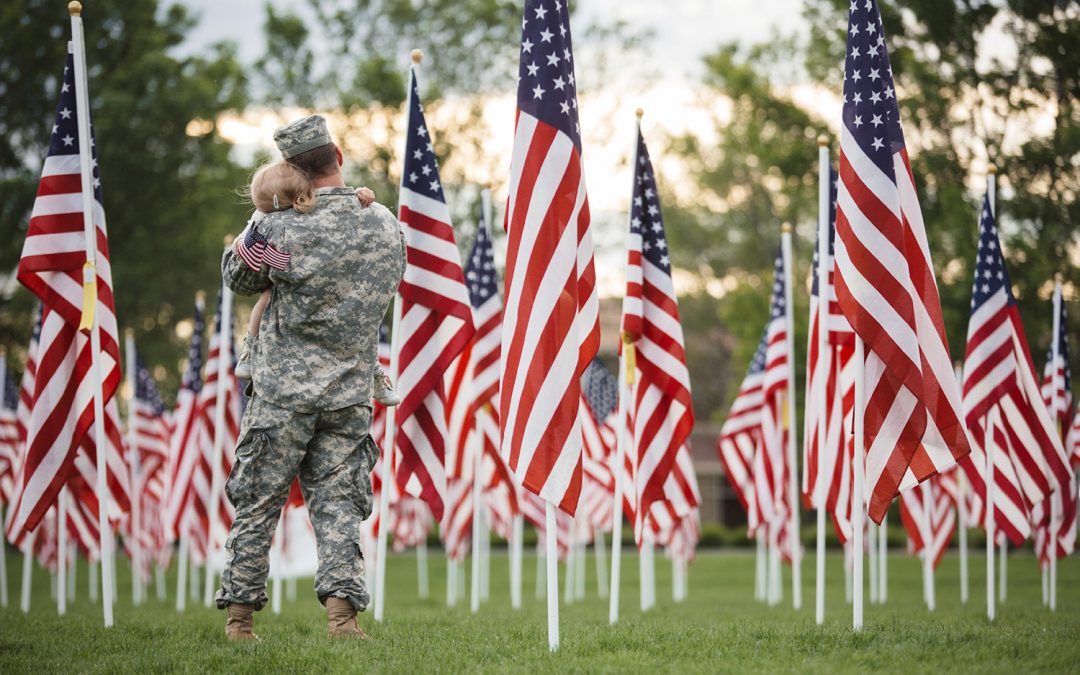 On Monday, we will celebrate Memorial Day, a holiday assigned for remembrance and recognition of those members of the armed forces who have fallen in defense of their country, their families, their principles, and their freedom. First and from the bottom of my heart, thank you. Your sacrifice has not been in vain. This free land has been preserved because of your selflessness and sacrifice. As solemnly as possible, I join with King Theoden of Rohan: “Hail the victorious dead.”

To be honest, I’ve never known how to honor the fallen. I can visit the graves of the men and women who have sacrificed all for my liberty, but I can’t yet shake their hands, look them in the eyes, and express my profound appreciation–though I look forward to that heavenly day when I finally can. It’s hard to thank someone who isn’t here.

I can thank their families and loved ones. I can live my life in such a way that would reverence their offering. But spending the day enjoying freedom by barbecuing and going on a hike has never felt like enough, any more than enjoying nature shows my devotion to God just because He created it. I’ve always felt like there has to be something more.

To me, the best way to honor those who have fallen, in addition to what was mentioned above, is to show gratitude to those who have not fallen. Thanking the fallen means thanking a veteran.

Now I’ve heard veterans object to this countless times: “Memorial Day isn’t about me; save it for Veterans’ Day.” I understand that they find the idea of stealing the well-deserved outpouring of honor and gratitude from the fallen shameful and repulsive. This is an exemplary attitude which proves that their service was never about themselves. But I also understand that I’ve never known a veteran to feel completely comfortable receiving gratitude on any occasion, including Veterans’ Day. Most veterans by nature are selfless and do not desire glory, but they deserve it.

And to be fair, if Memorial Day is designed to honor those who have given their lives to the cause of freedom, I think that includes all veterans living or dead. Let me explain:

Dying for one’s country, family, and freedom is one of the highest marks of courage and sacrifice imaginable, and it warrants equally high recognition and honor. But I don’t consider dying for something to be the same as giving one’s life for it as much as giving one’s death. Giving one’s life, to me, includes sacrificing one’s time, energy, health, attention, devotion, training, profession, dreams, and all of the many things that make up one’s life. Every veteran who has missed a moment–a birthday, anniversary, ballgame, recital, Christmas, vacation, etc.–every veteran who wanted to pursue some other, more enjoyable path but felt compelled to serve; every veteran struggling with post-traumatic stress, the loss of a limb, or the death of a comrade has sacrificed their life for their country. Giving one’s life in this form is, to me, the highest badge of courage, sacrifice, and honor that a human being can earn.

In addition, every surviving veteran has put him or herself in a position to become one of the fallen. It should be no lesser honor that they were “merely” willing to die for their country but weren’t required to do so.

With Memorial Day and Veterans’ Day constituting dual recognition for the service of our fine men and women at arms, veterans are only the second entity–individual or group–to receive an American holiday devoted entirely to them, alongside Jesus Christ with Easter and Christmas.

In the beloved Civil War anthem, The Battle Hymn of the Republic, my favorite verse includes the lyrics, speaking of Christ, “As He died to make men holy, let us live to make men free.” In all reverence and respect, if I had to choose a person or group to share the honor of two holidays for their remembrance with the Savior of the world, someone who lived and died in the service of His fellowmen in order to set them free, I wouldn’t hesitate for a moment in choosing veterans of the United States armed forces.

I am the proud brother, cousin, nephew, grandson, great-nephew, first-cousin-once-removed, first-cousin-twice-removed, and friend of countless veterans, both currently active and long since retired. My grandmother’s cousin was a nurse and Marine Colonel, I’m told among the highest ranking in the modern era. My great-great-great grandfather, Carl Von Steinmann, was allegedly a high-ranking cavalry officer in the German military who publicly opposed groups aimed at the indoctrination of youth and was forced to flee to America in order to save his and his family’s lives (although parts of this story can’t be verified due to a questionable source). My family’s pedigree boasts officers and enlisted personnel; intelligence, infantry, medics, fighter pilots, mechanics, sailors, and military police; men and women; Army, Air Force, Navy, and Marine Corps. I grew up surrounded by love for the military and love for my country. Just about every performance of my family’s rock band included Lee Greenwood’s “God Bless the U.S.A.,” or, as my grandma (an Air Force nurse’s aide) calls her favorite song, “I’m Proud to Be an American.”

Memorial Day is about remembrance, so I just want to say to all those who have served, thanks for the memories.

Thank you to my brother for the precious moments we got to spend with your wife and son while you were deployed in Afghanistan. Thank you for your example of perseverance and devotion, from the spry young boy who always knew he would be a Marine to the fearless man who got his wisdom teeth pulled without general anesthesia so he could be alert enough to enter Officer Candidate School just a couple weeks later. Thank you for the day Dad and I got to spend walking around a Virginia base with you, watching dozens of men and women salute you, making you feel more uncomfortable every time. I’ve rarely felt prouder. You are one of my greatest heroes.

Thank you to the Marines at Camp Pendleton in Oceanside, CA for the routine explosions and gunfire I would hear as a child during their midnight training exercises, knowing that my country’s military was prepared to defend my family in case of any attack. Thank you for the Sundays and holidays I got to spend with you during your training when my father served as a representative for our church on base, where I witnessed the simple humility of those who are starting to realize the sacrifice they’re about to make and what a relief it can be just to have a “snowball” fight with crumpled sheets of paper.

Thank you to the SEALs who gave my Boy Scout troop a tour of the Naval Amphibious Base in Coronado and let us run the obstacle course–the most challenging thing I’ve ever attempted and possibly the thing at which I’ve failed most enormously, but in my meager defense it was raining–where I saw firsthand the strength, resilience, conscious positivity, and expertise of dedicated servicemen.

Thank you to Jeffrey Denning, good friend and author of Warrior S.O.S, and to Josh Hansen, founder of the non-profit Continue Mission, for your efforts in supporting those who have sacrificed full capacity of their mental processes in their service and for inviting me inside the heads of those who struggle with post-traumatic stress.

Thank you to countless others whom I’ve known personally who have taught me the meaning of honor.

But more broadly, thank you all for the memories I have of going on a peaceful vacation with my family, of speaking my mind openly on social media, and of walking the streets of my town and feeling totally, securely free.

My dear veterans, I know this post will make many of you feel awkward. But with all the love in my heart, if my gratitude makes you feel uncomfortable, may you never feel comfortable again. It is impossible to express too much gratitude for your service.

To the rest of you, spend your Memorial Day enjoying your liberty as much as humanly possible. Go boating, fire up the grill, and cherish moments with your family. Just don’t forget to thank God for your freedom and those who preserve it, and remember to thank the loved ones of the fallen for their sacrifice. And if you’re blessed enough to have memories of living in a free world, thank a veteran.