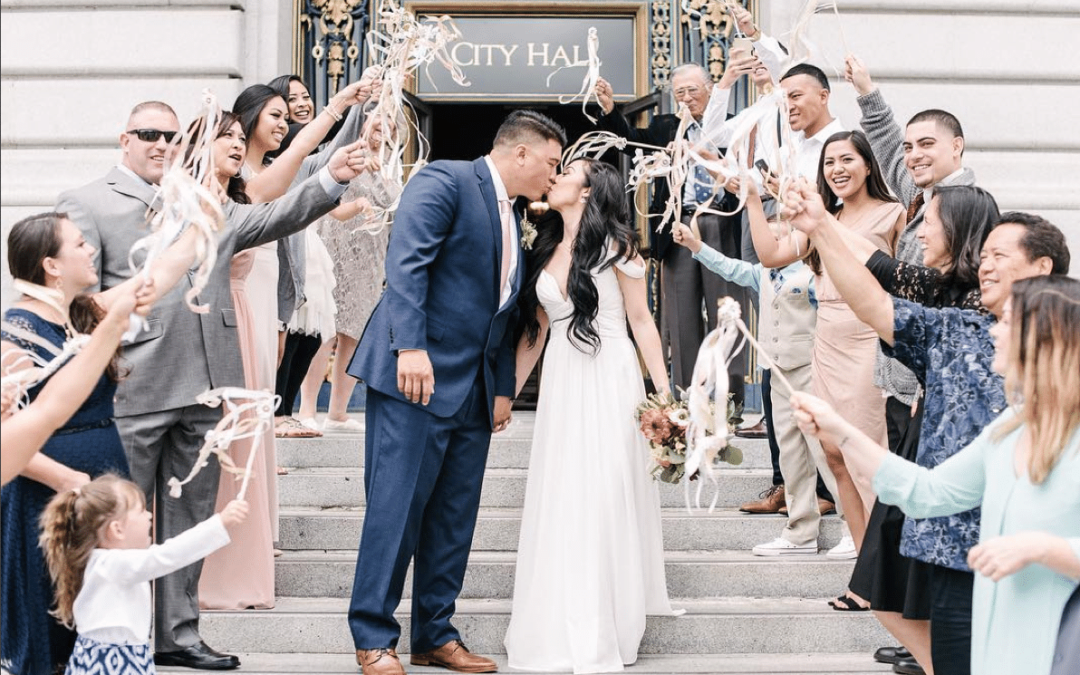 What role, if any, does the government play in marriage?

According to recent jurisprudence, civil marriages must not discriminate on the basis of sex, and all legally obtained marriages, hetero- or homosexual, must be treated by the state as equally valid and binding. While the landmark case that recognized same-sex marriage in America, Obergefell v. Hodges, is indisputably unconstitutional, the intrusion of the state into matters of marriage is nothing new.

Laws requiring that couples obtain a marriage license prior to a marriage ceremony can be found in the United States dating back to 1639 in Massachusetts, although they became more prominent in the mid-19th Century. Starting in 1792 with the French Revolution, European governments began requiring that civil marriages be performed before a religious ceremony could occur, and this practice has spread to most countries worldwide. It’s unclear when the United States began performing civil marriages, but England did so as a secondary result of its Marriage Act of 1836, which primarily sought to allow marriage between members of any faith, not just Anglicans, Jews, and Quakers.

For centuries prior, the only laws related to marriage were those which enshrined the church’s role in administering that ordinance, such as Lord Hardwick’s Marriage Act of 1753 in England and Wales, which insisted that any marriage recognized by the state must first be performed in an official religious ceremony, invalidating simple declarations of marriage with a state registrar. Marriage licenses were traditionally awarded by the church itself, but even after the advent of state-sanctioned marriage licenses, the ceremonies were still performed by the church.

This underscores an essential truth that marriage is fundamentally a religious act; it is a sacrament. While many argue over what types of civil marriages are or ought to be recognized, I’m left wondering why civil marriages exist at all. To me, the notion is as silly as that of a civil baptism.

Churches should be free to determine their own definition of marriage. After all, many religions differ from what I consider the proper definition of baptism, both in performance and preparation. For instance, as a member of the Church of Jesus Christ of Latter-day Saints, I personally oppose infant baptism, I disagree with the doctrine of original sin, and I believe that baptism requires full immersion in water by someone who has been duly ordained to the priesthood. This is obviously not the case in all religions. In my church, cohabitating persons seeking baptism must first get married so as to cease living in sin, although not all religions require this step.

I may consider my church’s approach to baptism the proper way (hence my membership in that church), but that doesn’t mean that all other baptisms should be nullified before the law. A baptized Catholic and a baptized Mormon are equally baptized, just as a married Catholic and a married Mormon are equally married. Of course, God may feel differently about the validity of each ordinance, but I don’t want government to play God.

So yes, that means that a church that chooses to perform same-sex marriages has every right to do so. Doctrinally, I may disagree; I may even consider it a mockery of marriage. But it is still their right, just as it is their right to adopt practices that I consider a mockery of baptism, or repentance, or prayer.

By the same token, churches which sponsor polygamous marriages have every right to do so, even if I disagree. The same goes for virtually any type of marriage that a religion recognizes as doctrinally acceptable according to its own precepts.

But I don’t think that means the government should be completely divorced from marriage, as it were. And notice that I previously said that “virtually” any type of marriage ought to have the same constitutional protections thanks to the right to enter into a contract, including a marital contract.

At first, the title of this article might strike you as paradoxical — after all, the constitution says nothing about marriage, so at best it should be a matter for the states. But the purpose of government, according to the Declaration of Independence, is to secure our natural rights, so the government has a stake in any marital union that violates the contract rights of one of more of the parties entered thereunto. These cases are limited, especially within the scope of a religious ceremony, but they exist, and they are the only justifiable examples of government intervention in marriage.

One of the most obvious is the case of underage marriage. As a general rule, minors cannot enter into a binding contract. In some cases, the law permits a parent or guardian to sign on behalf of minors under their care, but even then, special accommodations are always made in order to protect those who haven’t yet reached the age of legal consent.

For instance, even if a parent authorizes their child to work on a film set, child labor laws still place heavy restrictions on the amount of hours that can be worked and the types of activities that can be engaged in.

Even more so in marriage, which is in part a sexual contract. According to the law, a minor cannot consent to sex. If a minor “consents” but is underage, the act is still considered statutory rape. In such a case, a parent or guardian cannot offer consent on behalf of the child. Statutory rape is not nullified if the parent said it was okay. Similarly, underage marriage, even with parental consent, ought not be allowed. Marriage is a contract between the marrying parties and the person/body recognizing/performing the marriage, and each must be of consenting age.

As far as rights are concerned, the principle of consent in marriage applies across the board. A church cannot be forced to perform or recognize a marriage contrary to its doctrine, just as neither a bride nor a groom can be forced into a marriage against their will. If the consent of the church, minister, bride, groom, or anyone else is violated, the government has a duty to step in to secure their rights.

Another area where contract rights might be violated is if the doctrines of the church concerning marriage — and thus the terms of the contract — change. If, for instance, a man and woman are married in a church that recognizes only monogamous marriage between a man and a woman until death, then the terms of the contract are that these two will be married only to each other until death, barring a contractual provision allowing for divorce.

But what if the church suddenly reforms its marriage doctrine to allow for polygamy? This is of course within the prerogative of the church to do, but how does that affect existing monogamous marriages? As mentioned, those monogamous marriages were entered into with the contractual guarantee that the marriage would be between one man and one woman. Thus, even after a doctrinal change to recognize polygamy, if a man takes another wife without the consent of his first wife, this is a violation of their original marital contract. Before said man can receive any additional spouses, he must receive permission from the first wife, whether on a case by case basis or general consent for unspecified future polygamous unions. Otherwise, her rights have been violated and the government must step in to secure them.

The same goes for any doctrinal change that affects an existing marital contract, such as the dissolution of adultery as sin, that a man may have one wife and one husband, that all property between spouses must be equally divided or fully surrendered, that child custody be surrendered or granted, etc. If marriage meant one thing at the time that the contract was agreed upon and marriage later comes to mean something else, that doesn’t change the contract. The parties must agree to any changes, and if one party acts on any changes without the consent of the other party, then it is a violation of the latter’s rights.

So what role does the government play in marriage? None, if you mean the performance of a fundamentally religious sacrament. But if we’re talking about securing contract rights, it plays just as much of a role here as it would in any other field.