Conservatives, We’re in a Toxic Relationship and It’s Time to Get Out 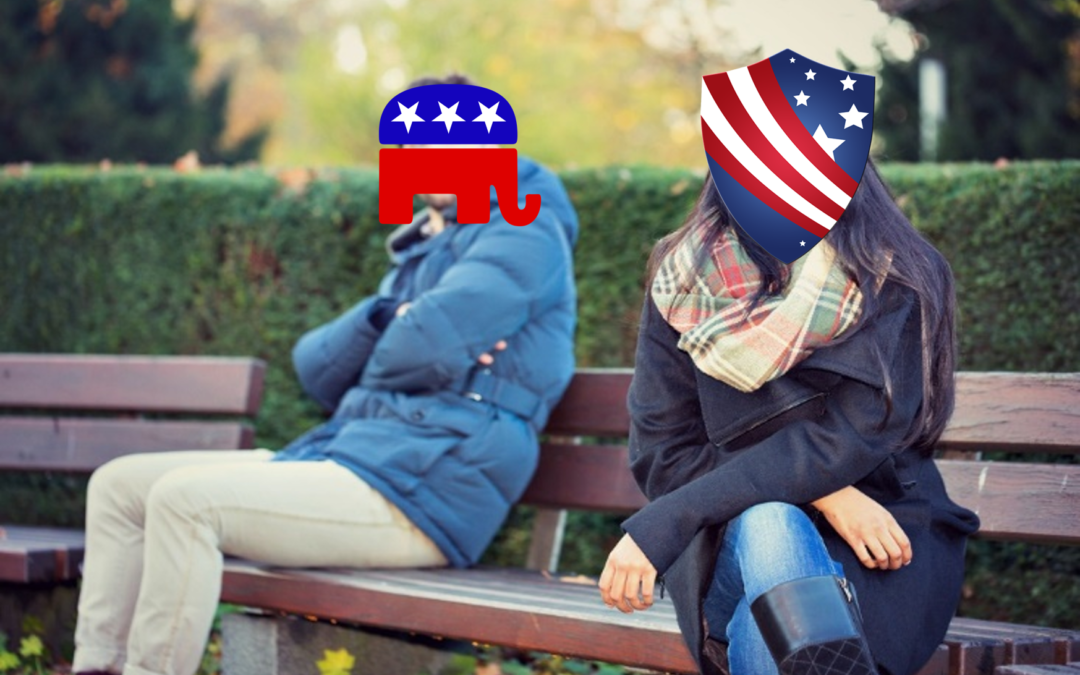 Everyone has at one point or another had a friend who was in a toxic relationship. Their boyfriend or girlfriend lies to them, promises the world, breaks those promises, and cheats on them, and yet your friend keeps going back. Your friend is convinced that this is the best they can do, blames themselves, and even blames you for the problems, claiming that you are just trying to cause trouble by pointing out the truth. We have all had that friend.

Conservatives are that abused friend; the toxic, unfaithful significant other is the Republican Party; and I am going to play the role of the concerned friend. I am going to say things that will be hard to accept, that will hurt, and that may make you angry — and that’s okay. No one wants to admit that they’ve been had, especially by such feckless clowns. But these things need to be said and to come from a place of love for the sake of this country and for freedom.

Conservatives are in a toxic relationship with the Republican Party, and last week’s omnibus bill is a perfect example of the infidelity and abuse that conservatives are suffering. Contrary to what some in the conservative cheer squad would tell you, this omnibus bill is terrible. Democratic priorities such as Planned Parenthood, Obamacare regulations, and sanctuary cities are funded and bolstered while conservative priorities such as border security, defunding Planned Parenthood, and freeing up the market are left in the cold. So much for being the party of limited government and fiscal responsibility, am I right? As Daniel Horowitz of Conservative Review puts it, the Democratic worldview is codified through this bill. This kind of bill is what you would expect from Democrats, but it came from “Republicans.” It is a massive betrayal, as is President Trump’s signing of it.

You may ask, “Why would the Republicans do this? Don’t they want to win in November?” The sad answer is that it doesn’t really matter to them what happens in November. They are running a con and we are the mark, and the name of the game is “Heads I win, Tails you lose.” The Republicans don’t care if they win in November, because if they lose they get to fundraise off of emails that read like:

“Patriot, the Democrats are now in power and are moving to destroy our freedoms. We need to retake Congress to stop their agenda and help President Trump restore America. Can you spare $10 to help the fight for freedom?”

And you know what, you’ll do it. You’ll send the money and buy the line, and they know it. They know that you can’t handle the idea of the Democrats being in power and that you’ll come crawling back and give them exactly what they want. They love the power they get over you from not being the party in power.

If they win, well it’s not so bad. They pay off their sugar daddies on K-street and the other special interests that are not friendly to freedom (see this omnibus bill for evidence) in order to guarantee their support going forward at your expense. And if you are mad about it, it’s your fault for expecting too much from them.

So no, the Republicans are not dumb or just making a hapless mistake. This is all part of the plan, and we are dumb for letting them do it.  Why do we let them get away with it? Because we don’t want to admit that we were had. We don’t want to admit to ourselves that we’ve been played for chumps.

So what do we do? I am not sure; I am still trying to find the answer to that question. But I know that continuing to play the game isn’t the answer. This relationship is toxic, and we, as conservatives, need to get out. Whether that means going to an existing third party, creating a new one, or trying to pull another Tea Party revolution, something needs to happen or we will continue cruising down the road to ruin, wondering how we got there.