Conservatives Have Forgotten Why They Opposed Trump 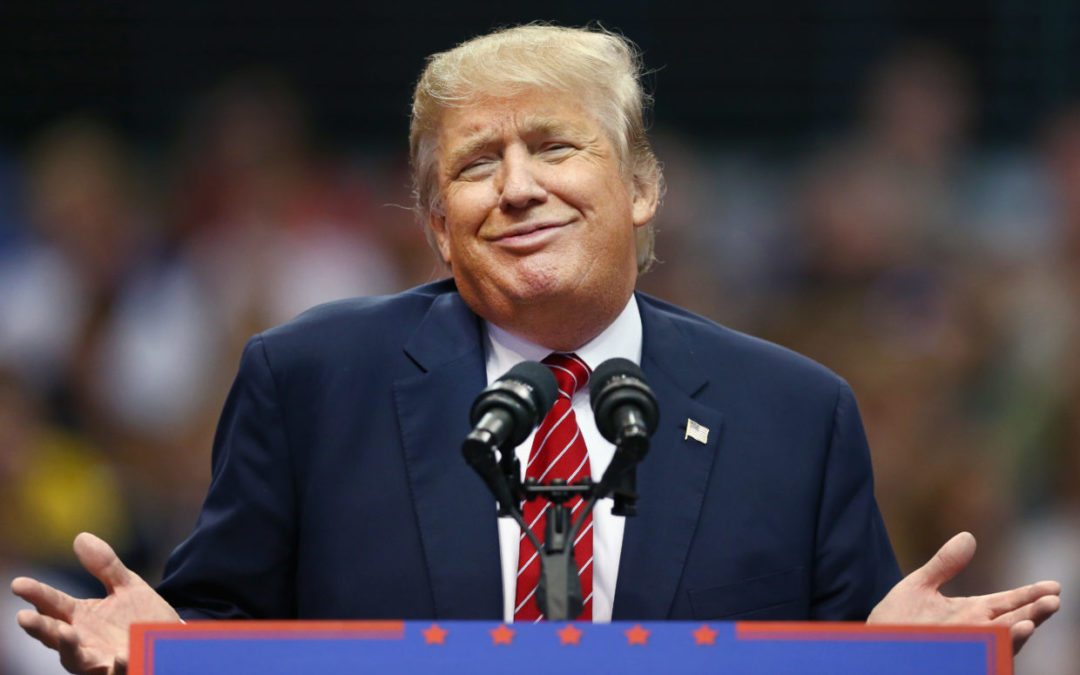 I once gave this example on The New Guards Podcast (which you should obviously listen to), but after seeing the response to Trump’s tweet calling Stormy Daniels “Horseface,” I wanted to revisit the issue and get my parable in writing.

Let’s imagine you’re a teenager and your parents are going out of town on Friday — you now have the house to yourself for a whole weekend. You have some friends, and let’s call them the Republican Party (the parable isn’t very heavily veiled). Your friends tell you that you should totally throw a party while your parents are out of town! But you, a semi-responsible teenager, say, “No way!” because if you threw a party, everything of value in your house would probably be broken, stained, otherwise damaged, or used inappropriately. Your friends begin to protest, but you shut them down. Well done, semi-responsible teenager.

Friday comes, and after a nice, diligent study session in the library, you come home at night to find lights, music, and all the signs of a raucous party going on in your house. You go in and discover that, without your knowledge or consent and against your express wishes, your friends have thrown a party in your house.

You assess the chaos — like a bull in a china shop, the revelrous frenzy has demolished your parents’ furniture, dishes, and carpet. There are ugly stains everywhere from spilled drinks and projectiled food, and there may or not be people in the upstairs bedrooms. Quite simply, this is a disaster. Your worst fears have been realized. Everything you specifically didn’t want to happen has already happened.

But then, like Macaulay Culkin saying “I made my family disappear” in Home Alone, you repeat your last thought with a very different tone: “everything I specifically didn’t want to happen has already happened.” That means that it can’t get any worse, so why fight it? The damage is done, you’re in huge trouble anyway, so just enjoy the party while it lasts!

This is the current state of many conservatives, who rejected Trump in 2016 because of the damage that he would do to the conservative and Republican brand, both in image and rhetoric, but who now say that since the damage is done, it’s no longer a concern in 2020.

Except no, that’s not how any of this works. If you party on because the damage is already done, your parents will rightly be furious with you when they get home. Remember: your hands are clean. The party is not your fault. You not only didn’t support the idea, but you emphatically tried to stop it. Yes, the damage is done, but joining in now will only implicate you.

The correct response is for you, the semi-responsible teenager, to throw the partiers out of your house and you do your best to fix what’s broken — maybe you grab your idiot friends and make them clean up with you, but they’ve also shown that they can’t be trusted, so it might just be a good idea to toss them out too and work alone. But either way, you need to start cleaning. Just because it’s not your fault doesn’t absolve you of your responsibility to make it better. Get out the stains if you can, pick up the food from the floor, and glue together anything shattered. Most importantly, call your parents and tell them what just happened, that you tried to stop it and had no control over the situation, but that once you had a chance, you did your best to make it right. Trust me, no matter how hard you try to clean up without their knowledge, if you don’t explicitly denounce the activity before they discover the damage (either for themselves or from somebody else), they will assume you were a part of it.

You have good parents — if you’re prompt and forthright about what happened, they’ll see that it wasn’t your fault. Maybe, even after your best efforts, there is some damage that’s simply irreparable. That stinks. But it’s only your fault if you don’t do your best to stop it.

And let’s say Trump is reelected in 2020, which is like you trying to shut down the party but kids are coming in faster than you can throw them out. You spend the entire night trying to pull the plug and stop the madness, but it’s no use and the party dissipates several hours later, with you totally exhausted. Again, that’s not your fault. You can’t stop every bad thing from happening, even on your own turf. But the same rules apply about cleaning up and calling your parents. They have to know you condemn the bad acts and the harm that was done, otherwise you’re just as much a part of it.

Conservatives agree that Trump has tarnished our brand. He is not a conservative, and even if you like most of his policy (I don’t, but that’s a separate topic), there’s more to being a conservative than small government. On this platform, we’ve often described conservatism’s three pillars as natural rights, economic freedom, and Western Civilization. Even if you think Trump checks off the first two boxes, there is no argument he embodies or in any way endorses the Judeo-Christian values and morality of Western Civilization. Especially on rhetoric, Trump has been virtually as far away from conservative as it is possible to be. A conservative who doesn’t stand for morality is at best a libertarian, though in Trump’s case more like a libertine.

Is the Horseface comment hilarious? Absolutely it is. But only because of the utter disbelief that this is actually our news cycle in America. Should the president be calling a woman “Horseface”? Absolutely not. Not to mention all of the other things he shouldn’t have done just in regard to Stormy Daniels. President Trump is a deeply immoral, wicked man, which ought to be unsettling for conservatives.

Ben Shapiro rightly pointed out today that the mainstream media has been hysterically hypocritical in all of this. He’s also right when he says that Trump’s comment was about “the ninth worst thing Trump did today.” But I have trouble with his follow-up statement, and I see a lot of conservatives falling into the same trap:

The most common excuse I hear for this shift is that having a moral president no longer matters because we’ve already tainted the executive image with the likes of Bill Clinton, JFK, and LBJ. But that argument is hilariously self-defeating — each of these men was a Democrat and very much not a conservative. Moreover, conservatives have condemned the immoral behavior of these men for decades! But suddenly conservatives are willing to get down in the mud alongside the Left.

If you want to descend into the filth, that’s fine, but don’t take conservatism with you. There are many political ideologies, and many of them are perfectly reasonable even though I disagree with them. We can all be friends. But don’t our differences matter? Isn’t that why we believe in one ideology and not another? Obviously, people think differently over time. Conservatives have this problem too: those who used to believe in our message who no longer subscribe to it. I think that’s unfortunate, but they’re welcome to change their minds. It’s quite another issue, however, when people depart from their principles and pretend that they march under the same flag.

Conservatives believe in conservative principles because they’re true, constant, and right. If you’re playing off gross immorality and misconduct, you can still have a valid opinion, but stop pretending to be a conservative. Conservatism means more than that. We cannot let one man or one movement redefine who we are and what we ardently defend.