Bernie Targets the Poor with His Latest Tax Hike 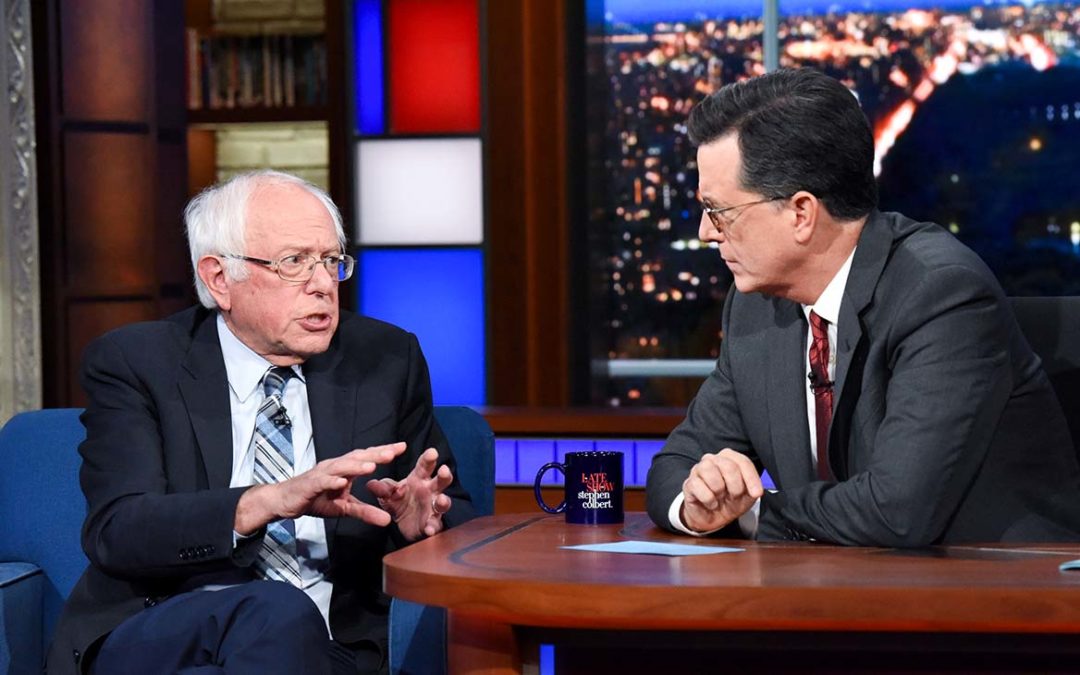 Senator Bernie Sanders (I-VT) and Representative Alexandria Ocasio-Cortez (D-NY), or “AOC,” are perhaps the world’s best known proponents of democratic socialism, which is just socialism with a better marketing team. They are also some of its most honest advocates because they are true believers — unlike some politicians who ride the movement’s coattails as a means to popularity. As a result, you can often count on Bernie and AOC to give you the hard truths of socialist reality.

One such occasion occurred this week when AOC and Bernie, in separate interviews, revealed some financial figures that are troubling to say the least.

First, Representative Ocasio-Cortez noted that roughly 40 million Americans live below the poverty line. This is true — the figure is closer to 38.1 million as of 2018 and is going down, but that’s the ballpark. But then she endorsed raising the poverty line to $38,000, meaning anyone making less than $38,000 per year would be considered impoverished. That is simply outrageous. For context, the current poverty line for a family of four stands at $25,750 annually, and even a family of six can make significantly less than $38,000 a year before it breaches the gap. When I made $33,000 in 2017, my family of three lived off less than half of that. AOC’s contention is absurd, and for even one more reason I will mention later on.

Next, Bernie Sanders appeared on The Late Show with Stephen Colbert, where he admitted that under his proposals, taxes would increase. This is not inherently new information — Bernie has previously acknowledged a necessary tax increase on the middle class. But his explanation to Colbert is notable not for the fact of a tax hike, but on whom he would levy the tax.

Discussing his healthcare plan, Senator Sanders remarked that anyone making under $29,000 a year would pay no taxes, while anyone making above that threshold will “pay more in taxes.” Despite Bernie’s proposal for a progressive tax rate within this framework, a paradox has still developed. Did you catch it?

This means that according to AOC’s calculations, Americans living a full $9,000 under the poverty line will pay more in taxes. If Bernie and AOC are aligned here, as they often are, this means that Bernie and AOC are proposing to raise taxes on the impoverished. Even if we ignore AOC’s figures and subscribe to the current, not “real” poverty line per AOC’s estimation, Bernie is suggesting a tax hike on impoverished families of five or larger.

And it gets even juicier. One of the senator’s most prominent proposals is to raise the national minimum wage from $7.25 an hour to $15 per hour. AOC likewise holds this position. Although Bernie struggles to hold himself to the same standard, Senator Sanders has sponsored legislation to this effect and called for businesses to implement the guaranteed minimum wage as a matter of company policy. Sanders refers to $15 per hour as a “living wage,” while anything less, apparently including Wal-Mart’s $11 per hour minimum, constitutes “starvation wages.”

This is odd, considering Bernie’s new proposal for a tax hike on all Americans making an excess of $29,000. $15 an hour, multiplied by a full work week (40 hours), times 52 weeks in a year comes to $31,200 annually for someone working full time at a so-called “living wage.” Thus, even people making less than $14 an hour ($13.94 to be exact), required to live off of “starvation wages,” will be forced to pay more in taxes under Bernie Sanders. He is suggesting we implement a tax hike on the impoverished and the starving, by his own terms. Moreover, in Bernie’s America, every single person, by mandate, would make at least $15 an hour. This means every single person, by mandate, would make more than $29,000 a year. Thus, Bernie Sanders wishes to raise taxes on every single person in America.

In the alternative, though not necessarily one favorable to our resident socialists, Bernie’s response to his own reckoning is enlightening. In order to increase his campaign staff’s minimum wage to $15 an hour, he simply cut his employees’ hours. Every single economically literate person had predicted this inevitable approach, and there is no reason to believe the same would not occur on a national scale if the government federally imposed a $15 minimum wage. Bernie’s plan for America thus ensures that even when making a mandated, nominal living wage, Americans will still be forced to accept starvation wages because they can’t work enough hours to make up the difference. In this case, Bernie avoids the road where every single American by mandate is forced to pay higher taxes, but only because he is deliberately keeping people starved and impoverished in order to tout a $15 victory.

Of course, there is a third option, where numbers one and two are still true but merely constitute a means rather than an end in themselves. In order for Bernie to transform America into a democratic socialist state, and ultimately a totalitarian one, Bernie must remain in power. In order for Bernie Sanders to retain his power, he needs to exploit poverty and wealth disparities. So he’ll raise wages to be the hero, and he’ll increase taxes while depleting income to ensure his necessity. Eventually, he’ll grab enough ground that he can finally call for the government to seize the means of production in order to right the wrongs of capitalist greed. This isn’t far from what he says now, and it’s certainly foreseeable if he gains any more concessions in the democratic socialist march.

With that in mind, AOC’s duplicitous proposals start to make sense. And now for the additional evidence of her ridiculous proposal I promised to get to: AOC wants to raise the minimum wage to $15 per hour, apparently a living wage, which will still fall almost $7,000 short of her proposed poverty line. Thus, her twofold goal explicitly falls in line with what I just theorized: she wants to raise your wages, but she wants to keep you poor. And it’s even worse under option two where your hours are cut. At half the hours, and thus half the salary, you will more than $22,000 deep in poverty territory. No matter how high your salary grows, the standards of injustice will shift. You will still be in poverty, and it will still be the capitalists’ fault. So you will embrace the socialist saviors who crippled you to begin with.