An Article V Convention of States Would Not Destroy the Constitution 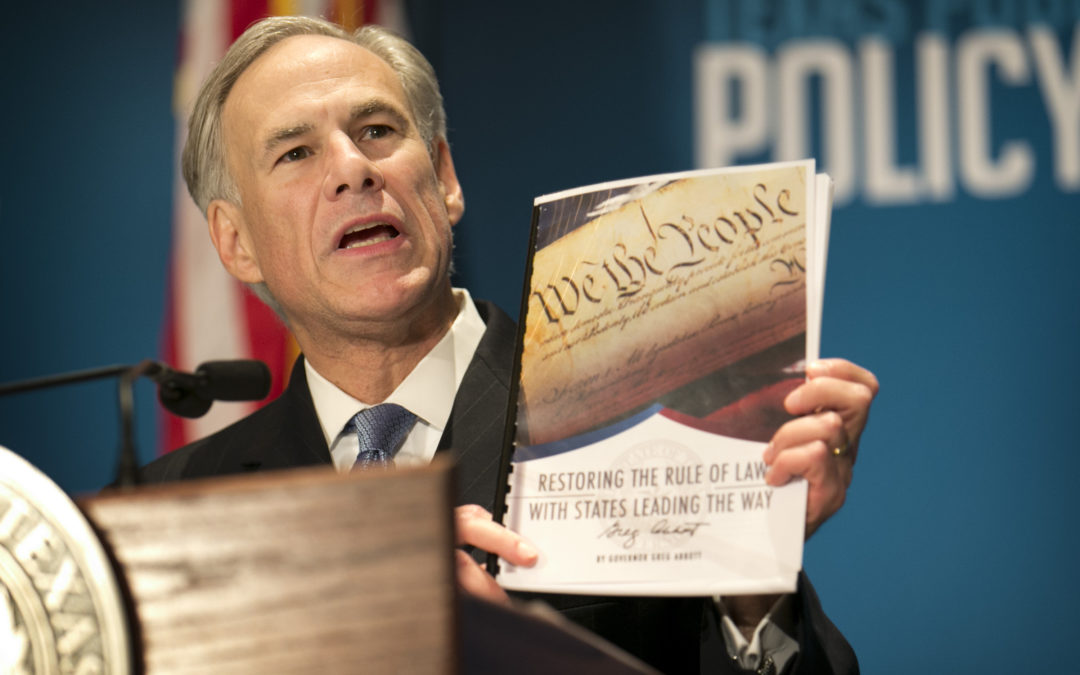 This phrase is tossed around so flippantly nowadays that it’s lost all meaning. For a refresher, here’s the definition from God’s preferred source of truth, Wikipedia: “a constitutional crisis is a problem or conflict in the function of a government that the political constitution or other fundamental governing law is perceived to be unable to resolve.”

In other words, something so unpredictable that our Constitution simply isn’t prepared to handle it. Call me a cynic, but I can’t think of anything our Constitution hasn’t provided a mechanism for dealing with.

As such, I laugh at Leftists who lose their minds over the possibility of President Trump firing Special Counsel Robert Mueller, as if this move would irrevocably establish Trump as Dictator of the United States (although I have to say, I’m a big fan of the acronym DOTUS).

But some on the Right are also guilty of these irrational doomsday ramblings on one topic in particular: an Article V Convention of States.

Article V of the Constitution specifies how the Constitution may be amended, whether at a federal or state level: “The Congress, whenever two thirds of both houses shall deem it necessary, shall propose amendments to this Constitution, or, on the application of the legislatures of two thirds of the several states, shall call a convention for proposing amendments, which, in either case, shall be valid to all intents and purposes, as part of this Constitution, when ratified by the legislatures of three fourths of the several states, or by conventions in three fourths thereof, as the one or the other mode of ratification may be proposed by the Congress.”

Thus far, no Convention of States has ever been held and all 27 amendments to the Constitution have been proposed by Congress, but as many as 15 of those (including the Bill of Rights) can be traced to the threat that states would call to order a Convention of States and thereby craft amendments without the ratification of the federal legislature.

Yet some paranoid right-wingers are convinced that the result of an Article V Convention would be to dismantle our Constitution and draft a new one out of whole cloth — a constitutional crisis!

I have a great deal of respect for some of these people, but on this topic, I find them utterly silly.

How would such an unprecedented upending of American law occur? What evidence is there to suggest that state legislators even want to do such a thing, let alone that it would be plausible?

States tend to lean Republican, and Republicans at state levels tend to be more conservative. There are more than twice as many Republican governors in the Union as Democratic, and Republicans control both chambers in 32 state legislatures (plus Nebraska’s single chamber).

Even then, they fall short of the 38 states necessary for a three-fourths majority, so even Democrats have no reason to fear a runaway Republican convention.

Again, I ask, in what universe will a majority Republican Convention of States vote to abolish the Constitution? I have my gripes with the GOP, but I would never go full tinfoil.

The most commonly cited objective of a modern convention would be to pursue a balanced budget amendment. States tend to be far more fiscally responsible — even California recognizes that it can’t afford Medicaid-for-all, something federally elected Senator Bernie Sanders won’t shut up about.

Congress obviously holds the power of the purse, but do we really trust them to keep the buttons clamped without an outside check?

We the People have been atrocious in holding our government accountable. We have shamelessly neglected our enumerated checks and balances while loudly complaining from the sidelines that the system is broken and that nobody listens to us.

“We need to bring power back to the states, but also a Convention of States would destroy the Constitution.”

This attitude is senseless, overdramatic, and antithetical to constitutional conservatism. It is pure silliness.

Don’t complain about federal tyranny if you’re unwilling to enforce the constitutional measures afforded to you to push it back.

There is no constitutional crisis. We have a common sense crisis.