Alexander Hamilton v. The 9th Circuit: The Case for Impeachment 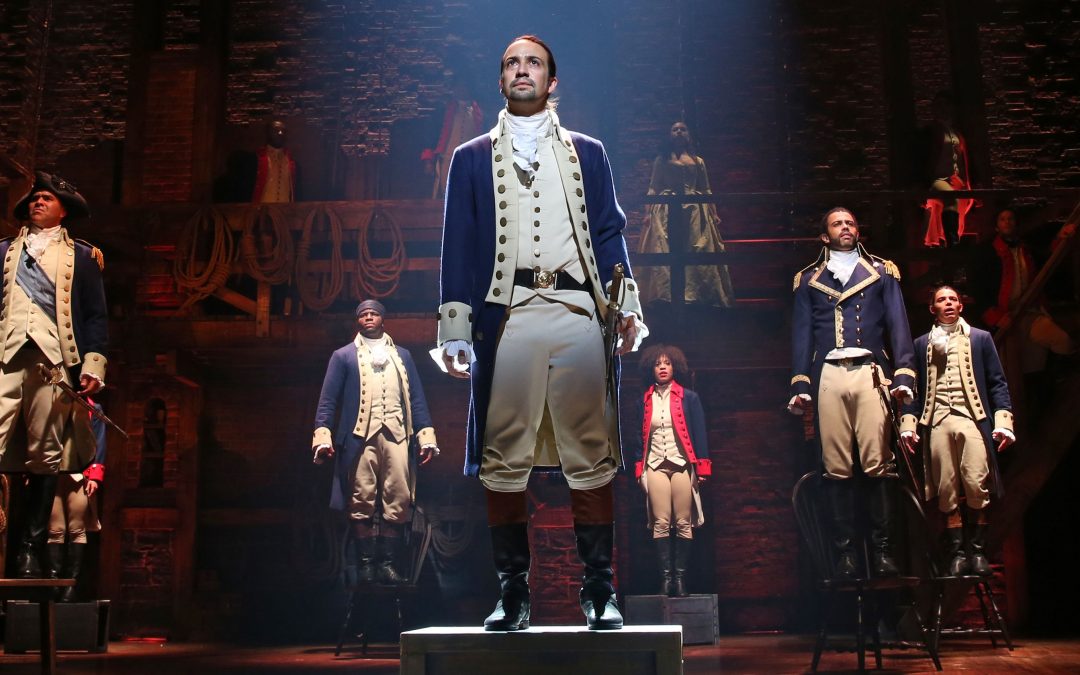 This week in the latest news of judicial tyranny (a practice which is sadly far from uncommon these days), the 9th Circuit Court of Appeals has struck down President Trump’s executive order which temporarily halted entry into the United States from nationals of seven countries selected for their high risk of terrorism by the Obama administration. This is the second time the 9th Circuit has rejected the order, giving largely the same moronic reasoning, but we’ll get to that in a second.

First, let’s play of round of U.S. Trivia: has a federal judge ever been impeached?

Why, yes! Fifteen, in fact. According to information from Ballotpedia, eight were convicted, four were acquitted, and three resigned. The earliest judicial impeachment took place in 1803 with John Pickering of the U.S. District Court for the District of New Hampshire (his charges, no joke, were “mental instability and intoxication on the bench”), and the most recent occurred in 2010 with Thomas Porteous of the U.S. District Court for the Eastern District of Louisiana on charges of accepting bribes and making false statements under penalty of perjury. Both men were convicted and removed from office.

Round 2! Has a Supreme Court Justice ever been impeached?

Also yes! Charges were brought against Justice Samuel Chase in 1804 for “arbitrary and oppressive conduct of trials,” but he was ultimately acquitted and allowed to continue his tenure.

Thank you for playing. How did you do?

Many of you might be surprised: isn’t the president the only person who can be impeached? Shockingly, no. That’s certainly how Congress has almost exclusively employed its impeachment power in the past, but there is nothing in the Constitution specifically limiting impeachment to the executive branch, and federal judges qualify as “civil officers” under Article II, Section 4 of the Constitution:

“The President, Vice President and all civil Officers of the United States, shall be removed from Office on Impeachment for, and Conviction of, Treason, Bribery, or other high Crimes and Misdemeanors” (emphasis added).

Furthermore, the line immediately following in the text reaffirms this judicial limit:

“The Judges, both of the supreme and inferior Courts, shall hold their Offices during good Behaviour” (Article III, Section 1).

But what constitutes “other high Crimes and Misdemeanors”? In other words, what are considered impeachable offences?

In his brilliant essay, “Checking the Court” (which is way too long, but I’d recommend Section IV for his discussion on impeachment), scholar of constitutional law Michael Stokes Paulsen outlines the intentions of the Founders in regards to this essential phrase:

“The impeachment power reaches offenses against the body politic – against the nation, against the public interest, against the Constitution, against principles of general integrity – that Congress reasonably judges sufficiently weighty official or public misconduct to merit removal from office. As virtually all scholars concede, this goes beyond offenses punishable by the ordinary criminal law. Specifically, the term ‘misdemeanors,’ in its original meaning, carried with it less the sense of a smaller or less serious criminal-law offense (which would be today’s common usage of the word) and more the broader sense of misconduct or misbehavior – literally of not demeaning oneself properly (‘misdemeaning’) in the exercise of an official capacity or position” (emphasis added).

Alexander Hamilton wrote extensively of judicial impeachment in the Federalist Papers, most notably No. 65, No. 79, and No. 81, which I encourage you to read in their entirety. In Federalist No. 65, Hamilton ratifies Paulsen’s sentiment (or rather the other way around), clarifying that “the subjects of [the impeachment’s] jurisdiction are those offenses which proceed from the misconduct of public men, or, in other words, from the abuse or violation of some public trust.” Violating public trust infringes upon no criminal code of which I’m aware, but it apparently may qualify as grounds for impeachment.

Paulsen continues by citing James Wilson’s interpretation of this power. Wilson was one of six men to sign both the Declaration of Independence and the Constitution, and he participated in the first Supreme Court. His words on constitutional matters are often considered the binding views of the collective Founders.

Responding to concerns that judges wouldn’t “have the necessary fortitude to exercise independent constitutional judgment…given the power of…Congress to impeach,” Wilson assured:

“The judges are to be impeached, because they decide an act null and void, that was made in defiance of the Constitution! What House of Representatives would dare to impeach, or Senate to commit, judges for the performance of their duty?”

In other words, judges should not be removed for faithfully executing their office, regardless of political disagreements. But when judges commit acts “in defiance of the Constitution,” there is no such promise. As Paulsen clarifies, “[Wilson] defends judicial independence but nowhere asserts judicial supremacy, inerrancy, or insusceptibility to checks. … Congress may impeach and remove federal judges, including justices of the Supreme Court, who in the ultimate judgment of Congress, act in deliberate violation or disregard of the Constitution or otherwise willfully ignore, manipulate, or disregard controlling law.”

Impeachment is not an inappropriate deterrent for judges to do their job. On the contrary, without such a threat, judges can (and frequently do) abuse the power of their office as supposedly infallible, absolute arbiters of constitutional law. Hamilton himself notes, “There never can be danger that the judges, by a series of deliberate usurpations on the authority of the legislature, would hazard the united resentment of the body intrusted with it, while this body was possessed of the means of punishing their presumption, by degrading them from their stations.”

In other words, keep judges too afraid to violate the Constitution.

Might this result in poor impeachments from Congress? Possibly. But Congress is far more accountable to the People than the judiciary, subject to removal by ballot. If a representative or senator abuses their power of impeachment, their constituents will rectify it. If a judge abuses his power, Congress will rectify it.

Paulsen concludes, “To be sure, the impeachment power (like any other) could be abused or misused; but, once again, that does not mean it doesn’t exist.”

We need to get in the business of impeaching tyrannical federal judges, both at the Circuit and Supreme levels–not simply for making decisions we disagree with or even bad decisions, but for deliberately acting “in defiance of the Constitution” and thereby violating “some public trust.”

Take for instance Judge Richard A. Posner of the 7th Circuit in his comments to Slate:

“I see absolutely no value to a judge of spending decades, years, months, weeks, days, hours, minutes, or seconds studying the Constitution, the history of its enactment, its amendments, and its implementation. … Eighteenth-century guys, however smart, could not foresee the culture, technology, etc., of the 21st century. Which means that the original Constitution, the Bill of Rights, and the post–Civil War amendments (including the 14th), do not speak to today. … In short, let’s not let the dead bury the living” (emphasis added).

This sleazeball has taken an oath to defend the Constitution until his death, but he can’t be bothered to find even “minutes or seconds” to study it and what it means. This is not only disgraceful but unarguably willful disregard and “defiance” of the Constitution. Impeach him.

As part of their pointlessly lengthy opinion on their travel ban decision (they could’ve just said “We don’t really like it” for all the substance it had), the 9th Circuit testified, “Indeed, the President recently confirmed his assessment that it is the ‘countries’ that are inherently dangerous, rather than the 180 million individual nationals of those countries who are barred from entry under the President’s ‘travel ban.’”

This is the essence of stupidity, and I refuse to believe noted judges are guilty of such blatant ignorance and lack of intelligence–this is an intentional misrepresentation of fact. When a president, any president, labels a country as “dangerous,” he is not simply referring to a plot of land, any more than a Congressional declaration of war on, say, Germany entails merely destroying the Deutschland terrain. It’s as if the court expects us to believe soldiers marched into Berlin, met resistance from Nazi forces, and said, “Don’t worry, we’re not here for you. We just want to shoot your roads and trees.”

I might add that this is the same court which has actively opposed federal sanctions against sanctuary cities in total rebellion against federally supreme law. They are acting in clear-cut “defiance of the Constitution,” which vests authority over immigration in the executive power. Impeach them.

There are endless examples of judges and cases which I believe could warrant judicial impeachment, but I don’t think all are necessary (yet). Congress should start by charging the biggest cases, the worst offenders–the ones treating the Constitution with outright contempt and violating the public trust that they make non-partisan legal judgments–and showing the others that they mean business.

Federal courts are so far off the rails they’ve turned into boats, and it’s about time Congress used its power to sink them.