A Tale of Californian Bureaucracy 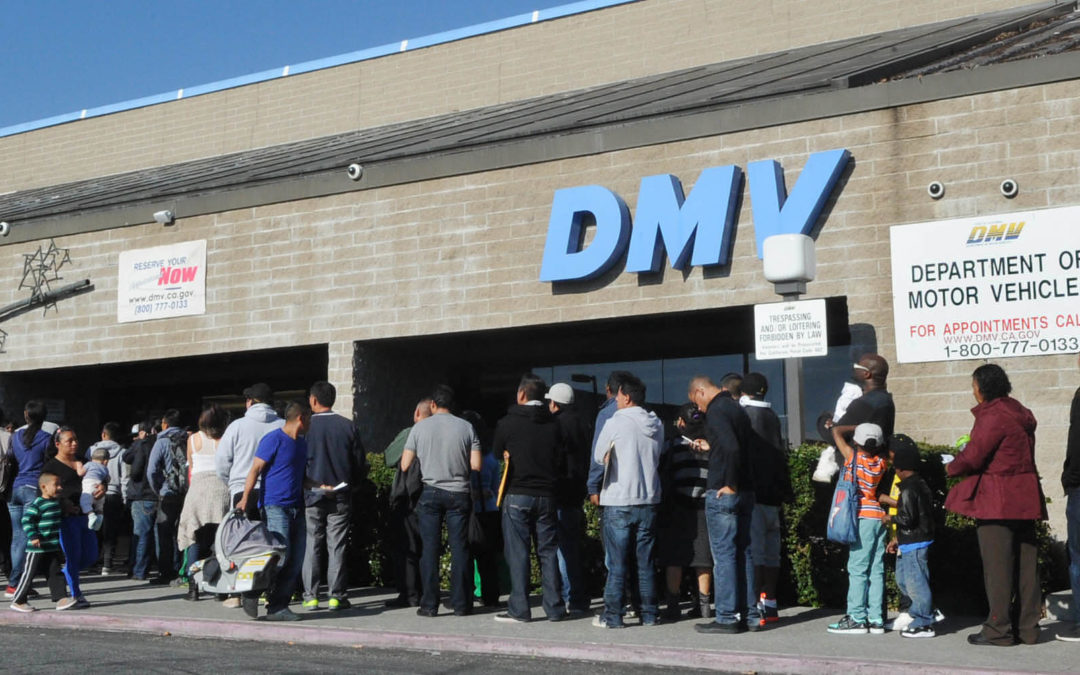 Recently, I moved back to my homeland, the People’s Republic of California, where I love virtually everything but the politics. So far I’ve successfully avoided areas boasting a ban on plastic straws, but try as I might, I can’t seem to avoid bureaucracy completely.

In just the past week, I’ve had three experiences which reminded me of why California is so frustrating and why big government always suffocates growth and progress.

First, a friend who recently graduated law school took the California bar exam. Now more than two months since receiving his J.D., this friend will have to wait almost four more months until mid-November before he finds out the results. If he passes, great! He can begin seriously pursuing his career. And if he fails, he has to spend the subsequent three months studying full time so he can retake the exam in February.

The second was a trip to the DMV, where the first location at which I arrived was unexpectedly and inexplicably closed. A woman stood outside urging everyone to drive to a different branch, which my wife and I did, and we eventually stood in line for almost an hour before we even got inside the building. In what turned out to be a massive disappointment — although not a terribly surprising one — we encountered clueless workers who contradicted each other and themselves, an unaccommodating receptionist, and stifling red tape that was not advertised on the DMV’s website (good luck trying to reach them by phone). All told, we walked away empty-handed, not likely to return were it not for the fact that we have no other choice.

Third and finally, my wife is seven months pregnant, and we just moved to a new state. Although she had health insurance in Utah, crossing state lines nullified her policy, and we’re in the middle of a (so far) two-month-long struggle to sort out her insurance in California. Every time we think we’ve figured it out, every time we think we’re going to get in with a doctor, bureaucratic barriers emerge, pushing our relief back one more week.

Each of these experiences has solidified my stance as a conservative minimalist. Can you imagine how much simpler and more streamlined these processes would be if they were privatized? Without the competition present in free-market systems, tyrannical bureaucracies are free to flourish, to the eternally increasing frustration of shackled and helpless patrons like myself who would hightail it toward any other option if any other option existed.

Anyone planning on practicing law, for instance, needs to pass the bar. For the sake of my libertarian friends, I should clarify that I won’t be dismantling the notion of licensing per se in this discussion. That’s a perfectly legitimate conversation for a later time, but for now, for the sake of the argument, I’ll concede that licensing is necessary in relevant industries such as legal practice. Even then, why must such an exam be administered exclusively by the government?

We can even allow for each state to establish its own standards, as they currently do, and ignore the implications of Article IV of the Constitution. Why not allow companies to become certified as proctors for the state bar exam, legally bound to honor the scrutiny required by the state? As it currently stands, the California bar exam is administered twice a year (February and July) and costs almost $1,000. And, as previously mentioned, the state delays several months in delivering results.

Insert the free market, competition, and supply greater than or equal to the demand, and you’ll soon find that the price will drop precipitously. The exam will be administered more than semi-annually — if only twice more per year per company. And of course, turnaround on test results will expedite dramatically.

What does the government lose here, besides money in its own pocket and power over its subjects? Nothing, which is precisely the point. In the end, those who pass the exam will possess the same knowledge and exhibit identical aptitudes. They will be just as prepared to practice law as those under the current model, only without so much bureaucracy. But aspiring attorneys, entrepreneurs, and the national GDP have everything to gain — money, convenience, peace of mind, and, most importantly, freedom.

The same idea can be applied to my experience at the DMV. Why not allow the free market to build up a supply of license-providers to meet the demand of license-hopefuls? Of course, these providers will be officially certified and legally bound to uphold the standards required by the state. Failure to do so will be a criminal offense. But lines will be shortened, costs will go down, and customer satisfaction will skyrocket, along with quality of service.

Finally, along with dozens of other healthcare reforms that would free up the insurance market and provide better and less expensive service, my wife’s predicament could’ve been entirely avoided if health coverage were readily available across state lines. And if we’d simply decided to change providers halfway through my wife’s pregnancy, a free market would undoubtedly yield companies that waive fees for pre-existing conditions for customers transferring from an active policy with a rival company. Everyone wins when they become more free.

These results are not hypothetical; they can be observed every day in every single industry of the free market, including healthcare, where veterans’ rejection of VA medical services indicts the true nature of socialized medicine.

Why are we so reluctant to apply existing, prosperous business models to infamously burdensome bureaucratic processes? Why is it so easy to replace a lost credit card, but not a driver’s license? Why can I get vital legal documents notarized at my local UPS but I can only take the bar exam from a government bureaucracy when, where, and for how much they feel like?

Why, in America, are we still not free?