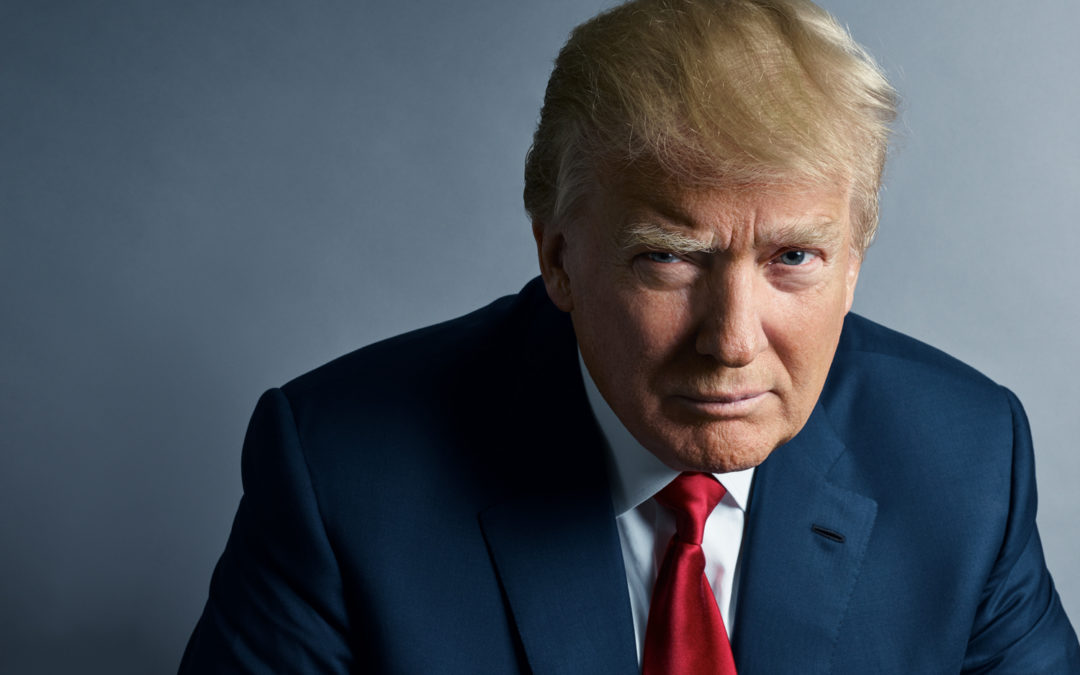 Let me tell you a story about a wealthy businessman turned politician. Born to a well-to-do family in a big city shortly after World War II, this young man attended private school and dedicated himself to his studies. After years of hard work, he earned a business degree and positioned himself for managerial success.

In the meantime, the Vietnam War waged on — a war which he did not support. Through a combination of a series of deferments and a high number in the December 1969 draft lottery, he outlasted the war and avoided service.

As the years went by and he made a name for himself in the private sector, this father of five kept his eye on a larger, more political prize. Prior to his presidential campaign, he was best known for working in a deeply blue state, requiring him to learn how to compromise and strike winning deals with people of all persuasions and backgrounds in order to get things done. Any average American would tell you he’d been quite successful in that endeavor.

In announcing his candidacy, he confronted a barrage of backlash from conservatives based at least in part on his past liberal positions and more than his fair share of flip flops. Chiefly among these were on issues of abortion and single-payer healthcare. The base questioned whether he was the right fit for the GOP’s traditional religious sensibilities. Simultaneously, Democrats criticized him for his stance on Russia and accused him of mistreating women and seeking to oppress minorities. Despite all that, he managed to secure the Republican presidential nomination.

Today, in office, he has proven to be far more conservative than I and most others anticipated — if not always perfect, certainly leagues beyond his Republican predecessor. By far his most conservative plays have been on the pro-business field, which makes sense given his background. Still, many Republicans oppose his words even if they approve of his actions for the most part. Since he made his biggest waves in 2016 with a handful of controversial comments, he’s mostly punched in the same direction — and there doesn’t seem to be much of a chance to change that tendency no matter how badly it’s needed or demanded.

But he is what he is. He still has his haters, and I won’t say I don’t understand the criticism, but for the most part (again, not entirely) people have come to accept his presence among the political elite.

It’s hard to pinpoint his personal political philosophy — I certainly wouldn’t call him a conservative at heart — but he is a man of the people, tailoring his agenda to the priorities of those who elected him. And it may be too early to tell at this point in his first term, but by all accounts he seems like he has a good shot of being a halfway decent junior senator for the state of Utah.

Oh wait, did you think I was talking about Donald Trump?

Born in Detroit in 1947 to an auto executive, got an MBA with his JD, and deferred from service to Vietnam on student and ministerial grounds before pulling a 300 in the December 1969 draft lottery. Served as a moderate governor in Massachusetts with a high approval rating, flip-flopped on abortion and healthcare, then got the 2012 GOP presidential nomination. Evangelicals didn’t want a “Mormon” (Latter-day Saint) president, the 1980s wanted its foreign policy back, binders of women, and “put y’all back in chains.” He now has a 75% Liberty Score (overall and weighted) — far better than retired Senator Orrin Hatch. His 2016 anti-Trump speech made quite the stir, and he has been criticized for almost exclusively chiding Republicans, particularly President Trump.

Now, I can’t pretend Senator Romney and President Trump are the same person — certainly not in their personal lives and ethics, and not in the language they use. And I would never claim “binders full of women” comes anywhere near Access Hollywood in any respect minus the Democratic reaction to it. But politically, these men have far more in common than not. And even their differences wash out in the average. Romney is far more conservative on spending; Trump is far more conservative (at least in rhetoric) on immigration. Romney has defended a domestic terrorist organization; Trump has praised a murderous dictator. In order to preserve any semblance of honesty and integrity, if you overlook Trump’s rhetoric and emphasize his policy, you must do the same for Romney.

Yet the cult of personality demands that you swear fealty to one camp or the other. You cannot serve Trump and Romney. But politically, they are indistinguishable in virtually all but tone and morals.

If you have a gripe with either of them over one of their few differences, be my guest. But if everything you hate about someone is something you tolerate or even love about someone else, maybe it’s time to rethink whether you’re really a serious person.