Where Did All the Liberals Go? 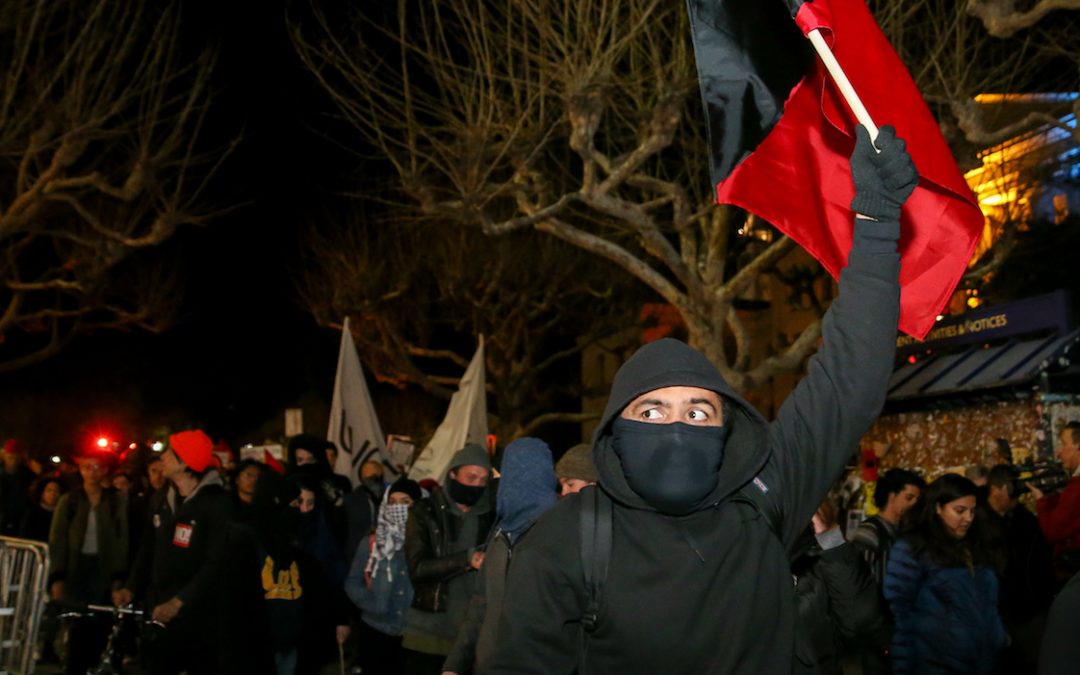 From the extreme left of the political spectrum to center, you have communists, socialists, progressives, liberals, and moderates. Hillary Clinton has long identified as a progressive, Bernie obviously popularized modern socialism in America, and we have the increasing presence of anarchist communists in the form of Antifa. But where did all the liberals go?

Ben Shapiro has often distinguished between liberals and the Left. Liberals support big government, but within the republican process and with respect for natural rights such as free speech. They push for the gradual expansion of government, but they do so civilly, with intellectual debate and discourse.

The Left, on the other hand, subscribes to victory by any means necessary, ultimately endorsing fascistic violence and totalitarianism. They refuse to debate and in fact equate counter-arguments with actual violence, meaning they view their escalated actions as justified self-defense.

Such physical assault has recently come almost entirely from the Left, albeit from far-left fascist communists like Antifa. But while Antifa consists of violent extremists, is the group’s philosophy (and subsequent methodology) really that radical?

If it is, no one on the Left seems to feel the need to say so.

In fact, following Antifa’s attacks against right-wing protesters in Berkeley on Sunday, many left-wing leaders have defended the fascist group and justified its violence.

It’s easy to denounce the KKK, Nazism, and white supremacy. They’re evil scum. It’s that simple — no skinhead off my nose. So why can’t the Left do the same about Antifa? Because they actually support it.

The right-wing group at the heart of Sunday’s protest was Patriot Prayer, which has expressly condemned racism, white supremacy, and violence, specifically forbidding white supremacists from participating in their free speech rally. They don’t even have ties to the Alt-Right as far as we know. Predictably, that didn’t stop Leftists from lumping them in with neo-Nazis and Confederates in order to rationalize Antifa’s response.

Another organizer agreed: “Our experience on the streets was that we were defended by people who came — as anti-fascists — to do that.”

Our pastor friend concluded, “Why is Antifa all of a sudden becoming labeled as the most violent element when they were literally here with a buffer between those who were here to harm us?”

I don’t know, maybe because only one group at that rally was clobbering peaceful demonstrators and innocent reporters with signs that read “No More Hate”?

While quick to condemn the abhorrent murder in Charlottesville, the Democrats on the United States Commission on Civil Rights refused to issue a similar rebuke against Antifa’s violent tactics.

And finally, instead of insisting his chief of police rescind the department’s repeated stand-down orders, Berkeley’s mayor now suggests that next month’s “Free Speech Week” be cancelled — which would probably go about as well as Baltimore’s “Don’t Kill Anybody” weekend anyway.

A few months ago, I wrote that the Democrat Party has been plotting for years to reveal itself as the haven for socialists, communists, and all kinds of gross Lefty radicals. Their embrace of Antifa is a partial fulfillment of that prediction, and it’s only going to get worse. Antifa is no longer extreme; it is mainstream Democrat.

That brings me back to my initial point: where are the honest, decent, intellectual, virtuous, peaceful liberals? Do they exist in any significant numbers? Someone who’s willing to defy the Democrat Party and speak out for free speech and peaceful assembly, for respect for the Constitution and our nation’s republican system? Dave Rubin is looking pretty lonely right about now.

Liberals, I disagree with you completely, but we need you. This country needs you because it needs sensible debate. If you won’t separate yourselves from the modern Left, then we’ll never find common ground; one side will inevitably obliterate the other.

I don’t want that. This country did it once before, and it was likewise split along party lines. Let’s not repeat history.

Sensible liberals, if you still exist, make your voices heard.