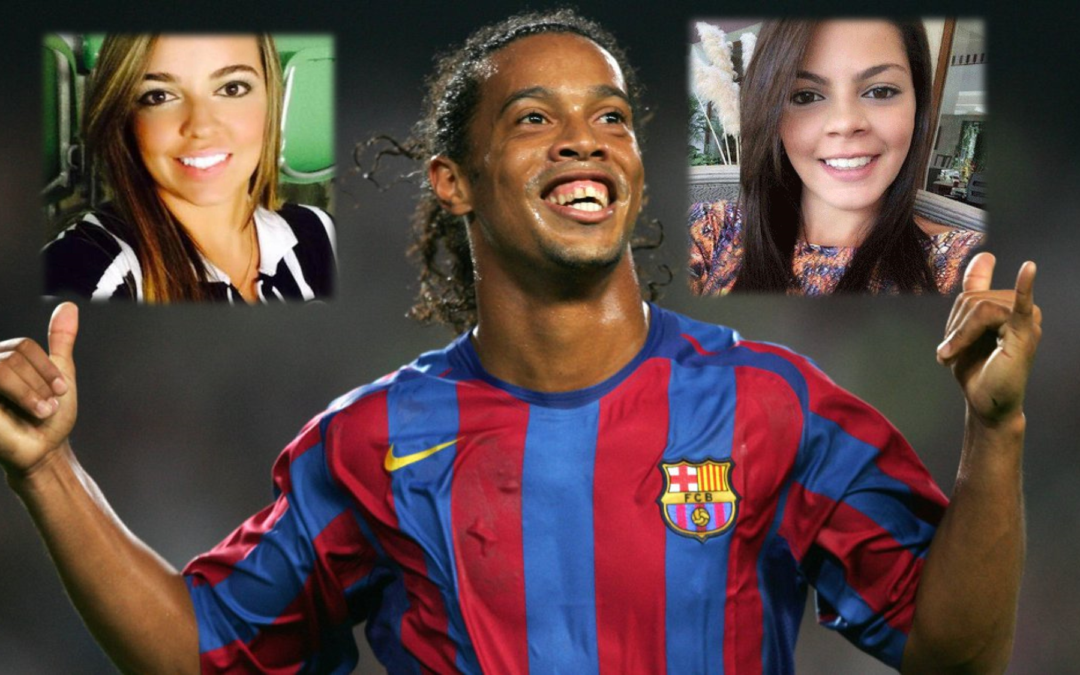 Brazilian superstar Ronaldinho has denied recent rumors that he plans to wed two women in the same ceremony. Of course, he denied claims in January that he had proposed to his fiancées, Priscilla Coelho and Beatriz Souza, but the event was later confirmed by engagement rings and friends’ testimony, so take that with a grain of salt.

In fact, he’s never publicly confirmed having a relationship at all with these women, despite living with the two since December, frequently appearing at events with both as his guests, and bragging that he is “adept” at polygamy.

The truth of Ronaldinho’s romance remains to be seen, but the situation serves as a useful thought exercise. After all, it’s 2018, and love is love is love is love is love. For over a decade, as the Left has fought for “marriage equality” by culturally redefining what constitutes a marriage, many on the Right have taken the argument to its logical conclusion: if a marriage is just about two people who love each other, what happens when three people love each other? Aren’t they consenting adults? Isn’t marriage just a contract that every person has a right to pursue? Aren’t contracts between three people just as valid as those of two parties? And so what if these consenting adults happen to be related to one another? Love is love!

In 1856 when the Republican Party first drafted its platform, it was determined to abolish “those twin relics of barbarism, polygamy and slavery.” Slavery ended in the bloodiest war in American history, and although Mormons had already fled the country, the GOP insisted on pursuing the point against polygamy. The Mormon pioneers arrived in the Salt Lake Valley in 1847, and Utah became an official territory of the United States in 1850. Congress passed the Morrill Anti-Bigamy Act in 1862, signed by Abraham Lincoln, which barred polygamy federally and revoked most of the Church’s land.

However, in exchange for not becoming involved in the war, LDS Church President Brigham Young received permission to ignore the legislation. President Lincoln compared Young to a log he’d once failed to subdue on his farm: “too hard to split, too wet to burn, and too heavy to move, so we plow around it. That’s what I intend to do with the Mormons. You go back and tell Brigham Young that if he will let me alone, I will let him alone.”

The LDS Church ended polygamy in 1890, and since then, all 50 states have outlawed polygamy — from the reddest to the bluest boundaries. But given the moral landscape of America, how is that distinction justified?

How is polygamy any morally different than polyamory, which has become largely accepted if not celebrated throughout the country? Why is polygamy treated as a states matter when the public consensus holds that “marriage equality” is a federally protected issue? If sexuality and sexual impulses, as we’ve been told, are innate and cannot be curtailed or resisted, then why fault a person who’s in love with two (or more) others? They can’t control it, after all — they were born to be polygamous.

Public opinion is gradually rising in favor of polygamy — not just legally, but morally — which basically every religious and socially conscious person has been warning about for over a decade. Twitter was abuzz with celebration over Ronaldinho’s story before finding out that he had denied the rumors — but the response was telling, and at the very least it was consistent.

I appreciate consistency in a narrative, but it’s troubling to see us move even further in the direction of hedonism — once we’ve accepted polygamy, consensual incest and even pedophilia will soon be on the table. Anyone who doesn’t believe me must not read a lot of Salon (although I can’t say I blame you).

But the response to Ronaldinho is anecdotal; statistically, polygamy still has a long way to go before the public will fully embrace it, and again I ask why? This obviously isn’t a display of approval for traditional marriage, and it’s not as if droves of people are saying that polygamy is still immoral but ought to be legal, as many on the Right feel about same-sex marriage.

According to Gallup, 17% consider polygamy morally acceptable — and this is a record high, mind you. Another study lists moral approval for polygamy at 16%, so virtually the same, but it marks a drastic contrast with other traditionally taboo behaviors related to marriage and sex. 71% of respondents found divorce morally acceptable, while sex between an unmarried man and woman came in a hair lower at 68%, and the list goes on: gay or lesbian relations, 63%; having a baby outside of marriage, 61%; and abortion, 45%. Even suicide is seen more favorably than polygamy, with a 19% approval rating. So yes, approval for polygamy is growing, but why is it nowhere near other historically deviant behaviors?

If the debaucherous Left sees a line we can logically draw between same-sex marriage and polygamy, or between polygamy and pedophilia, I would love to hear an explanation. But maybe we’d be best to consider lines that were drawn millennia ago that have served society quite nicely when upheld, and that our Founders actually believed necessary in order for America to survive, let alone prosper.

Benjamin Rush said that “without virtue there can be no liberty;” Charles Carroll noted, “Without morals a republic cannot subsist any length of time;” and of course John Adams may have put it best: “Our constitution was made only for a moral and religious people. It is wholly inadequate to the government of any other.”

Far be it from me to push religion on you — we can’t legislate piety — but if we don’t decide as a culture to re-enshrine certain fundamental virtues, we’re almost certainly doomed. So in the immortal words of Shawn Hunter from Boy Meets World, “Read the Bible!”