What Will It Take to Change Minds on Abortion? 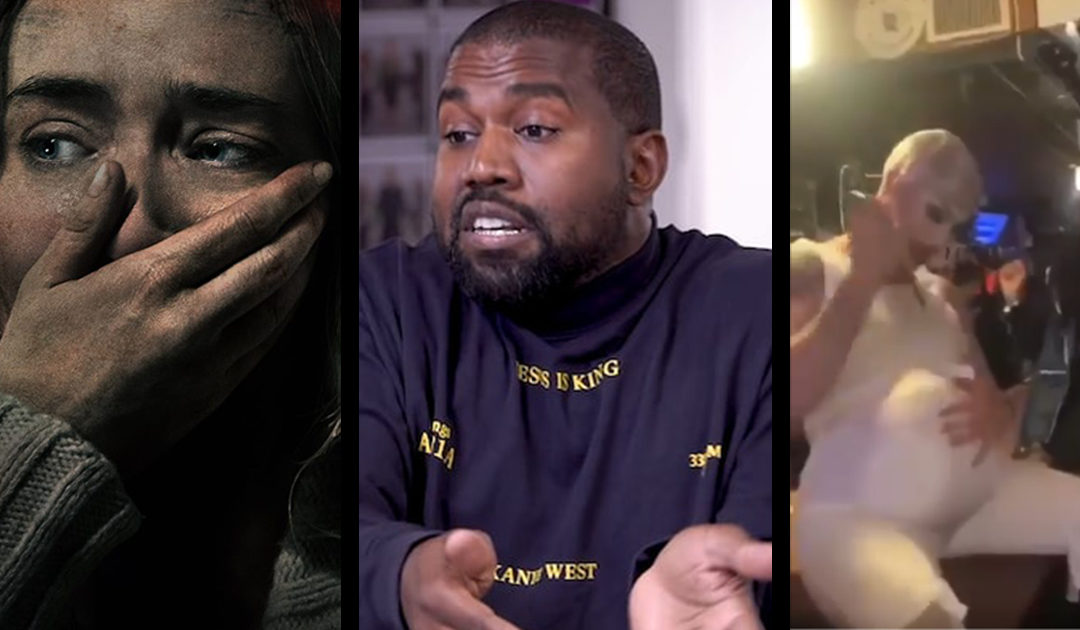 One year ago this month, I wrote about the pro-life film Gosnell: The Trial of America’s Biggest Serial Killer. At the time, I said that if pro-life advocates ever had a hope of outlawing abortion, “people would need to start changing their minds en masse. If Gosnell can’t do that, I don’t know what will.” The problem, as I outlined in the article, is that very few people went to see Gosnell. The movie made just under its $4 million budget, and Rotten Tomatoes reports only 15 critic reviews. Even on the off chance somebody heard about the movie, they probably didn’t see it.

So today I thought we should revisit the issue presented at the end of my article: how can pro-life people change minds on abortion? If we knew the answer, would we be willing to pursue it?

We’ve offered some suggestions on this website, such as showing and describing abortion procedures in detail, which has been proven to be effective time and again. In one of my first articles for The New Guards, I reminded pro-life debaters to use emotionally charged arguments and frequently remind listeners that this is about babies, babies, babies. Make a constitutional argument if you want. But even if you frame the conversation around natural rights, remember to emphasize the baby’s natural rights. The same conventional wisdom applies to cancelling Margaret Sanger — make it about babies, make it about race. Emotional appeals are often used to cover a bad argument, but that doesn’t mean you have to abandon them when they would enhance a good argument.

Still, these are all debate tactics, and that will only get you so far. In debate, people tend to shut off their minds to the possibility of being wrong, and it becomes almost impossible to sway them. That’s why in a formal debate, your goal should be to convince the audience, not the debater, and in an informal debate, your goal should be to walk away as quickly as possible. Beyond the debate stage, there are several key areas where pro-lifers can finally change the minds of the majority of Americans who support abortion. Courts won’t do it, and even if they did the next court would reverse it. You have to change minds. And here’s how:

Like most (99.999999999%) Christian films, pro-life films tend to put the “pro-life” before the “film.” As such, it’s basically propaganda. That doesn’t mean the film can’t be good — I thought Gosnell was incredibly well made, and I have heard the same about Unplanned, which made more than triple its budget. But while Unplanned’s $19 million intake is impressive compared to its output, it’s by no means a smash hit. Even good pro-life propaganda films won’t reach a broad audience because it’s hard to convince someone to see a movie they fundamentally disagree with from the get go. And even if you agree with the message, who wants to get beaten over the head non-stop for 90+ minutes? That’s why no one went to see Matt Damon’s anti-fracking flick Promised Land either.

Instead, consider investing in higher art with a more subtle pro-life undertone. Juno, for instance, though made by and starring outspoken pro-choice progressives, features a striking and frankly shocking pro-life lesson early in the film. When teenage girl Juno unexpectedly gets pregnant, she goes to an abortion clinic to “nip it in the bud.” When she arrives, she sees a classmate protesting outside that “all babies want to get borned.” The girl tells Juno that the baby has a beating heart and can feel pain, but Juno finally pauses when the girl adds, “And it has fingernails.” Inside the clinic, Juno is hyper aware of everyone’s fingernails and decides she can’t go through with the abortion, running out of the clinic. Ben Shapiro has specifically praised this scene as an example of using narrative to make a compelling argument. On a similar budget to Unplanned, Juno raked in over $234 million at the box office.

One recent example came from the acclaimed A Quiet Place, where the Abbott family must live in silence to avoid the threat of the extraterrestrial “death angels” that have ravaged the earth. The Abbotts communicate exclusively in sign language, but there’s one complication: the mother is pregnant. The question of abortion is never brought up, but at the film’s climax, we see her deliver the child in silence and agonizing pain while the creatures roam the house. Director John Krasinski, coincidentally one of the writers and producers on the aforementioned Matt Damon propaganda film, has said that he had seen that arc as a commentary on abortion, but it doesn’t matter. It can still be used for good.

Unfortunately, this method won’t reach everyone. A friend of mine who is exceptionally far to the Left recently told me that he still thinks the family “should’ve used a coat hanger” to abort the baby (more on that later). If one method doesn’t work for one person, try another. But it doesn’t mean the method was bad.

Any culture war is all about presentation. Who’s on your side? How are they packaging the content? How big is their platform? Who are they appealing to and how? The list goes on.

I have written that the pro-life movement needs women to be more vocal if it hopes to succeed. Not only are there far more pro-life women than mainstream media will tell you, but in a culture where no uterus means no opinion (unless you’re pro-choice), pro-life women have a heightened responsibility to speak out against abortion.

Interestingly, in that article, I alluded to Kanye West, citing the doubling of black support for Trump when Kanye vocalized his approval. Now with a Christian album under his belt, Kanye recently condemned the Democratic push for abortion in the black community. Time will tell if these sentiments yield a similar result as his Trump support, but I think there’s a good chance.

Another cultural tactic is to make people on the other side distance themselves from the worst of their counterparts. A disturbing video surfaced on Twitter this week of someone dressed as a pregnant woman, slashing a fake stomach, reaching inside, drenching themselves with their own “blood,” and ripping out a baby doll. All this to cheers from the nightclub crowd, by the way. Not all pro-choice advocates are nearly this perverse. But things like this, if spread, can make them reconsider their bedfellows.

Some people aren’t swayed by art or emotion, and they might not care what the kids are doing these days. For them, you can break out the science. A recent study from the University of Chicago confirmed that 95% of biologists agree that “a human’s life begins at fertilization” or “conception.”

Rightly, red flags may be popping up, especially if you’ve heard a conservative talk about climate change. Any of these sound familiar? “Truth is not determined by consensus. Even if 97% of scientists agreed that man-made climate change were a serious threat, that’s not how truth is determined. Scientists used to think the earth was flat.” Conservatives, myself included, often trot out these lines when discussing the repeatedly debunked 97% statistic, which is absolutely not accurate.

However, in the University of Chicago study, 81% of surveyed Americans (63% of whom were pro-choice) said biologists should decide when life begins. The second highest answers were religious leaders and voters, each with only 7%. Deferring to biologists’ medical opinions was also the stated premise of Roe v. Wade, where the Supreme Court refused to answer when life begins in favor of a more expert field. Moreover, when scientists speak against their own beliefs and career interests, their conclusions tend to hold more water. In the University of Chicago study, “[t]he biologists predominantly identified as non-religious (63 percent), liberal (89 percent and 11 percent conservative), Democratic (92 percent), and pro-choice (85 percent, only 15 were pro-life). The sample included biologists who were born in 86 countries around the world.”

This sweeping consensus by the very people a clear majority of Americans have elected to speak for them on this matter is significant, and it should help the pro-choice rational thinkers in your life.

Finally, some minds are changed one on one, and maybe only one seed at a time. When my friend made his coat hanger comment, I initially said, “That’s awful.” But I didn’t want to end there, so I added, “It’s actually my favorite part of the movie, that they didn’t let this situation stop them from living, that they were able to create something beautiful.” I don’t know if it will have any effect, but I hope it helps him see that my repulsion to his comment stems from a love and respect for life.

A pro-life classmate of mine was recently on a run with her friend when abortion came up. The friend, assuming my classmate agreed, said she just couldn’t understand why anyone would want to control women like that. My classmate said, “If someone genuinely believes that the fetus is just as much of a human being as its mother and just as valuable, can’t you at least see why protecting the unborn baby would be important to them?” The friend said she had never thought of it that way. I doubt she is pro-life now, but I am sure that conversation changed her. It’s a beautiful example of truly helping someone understand rather than bashing them over the head with a talking point.

Not all of these approaches will work on everyone. Some people might be unmoved by all of the above. But as you argue well, use your influence appropriately, and help people understand your position one on one, hearts and minds will change. They can’t do it without you. Don’t be afraid to speak up.