What Michael Brown, Terence Crutcher, Alton Sterling, and Philando Castile All Had in Common 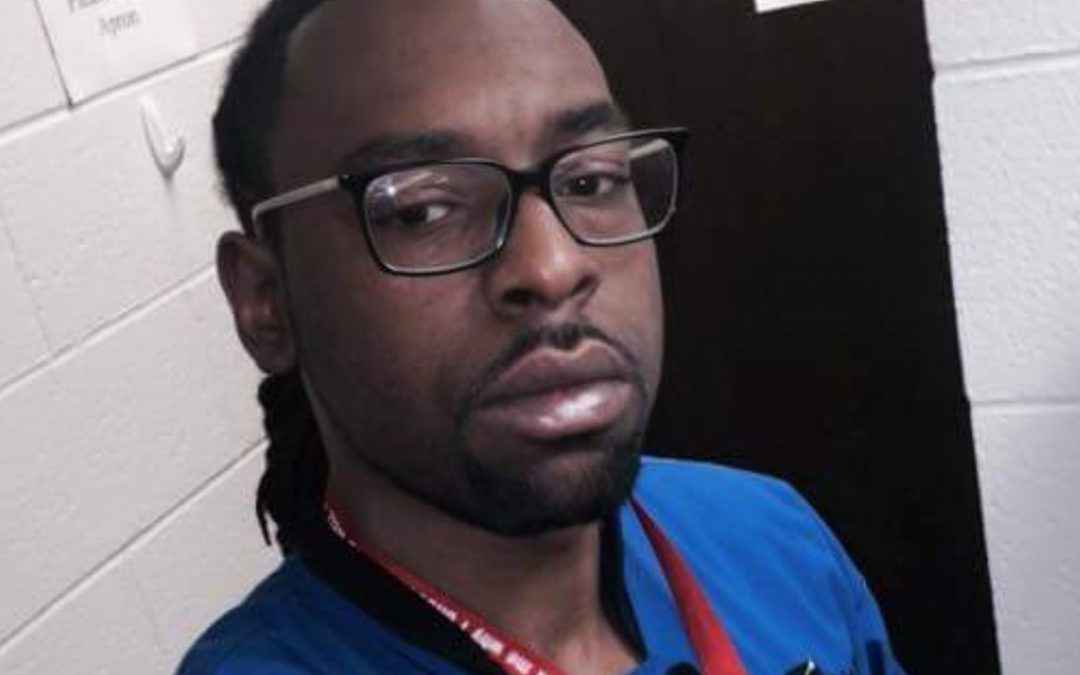 I wasn’t going to write about this. I’ve addressed the topic so many times already and I was shocked and dismayed by so many conservatives calling for Officer Jeronimo Yanez’s head over the “not guilty” verdict following the July 2016 Philando Castile shooting. But when even Ben Shapiro began calling for the cop’s conviction, I couldn’t stay silent anymore, because no one is framing this story for what it really is.

As the son and brother of heroic police officers, I know a little bit about law enforcement–exactly enough to know that I know practically nothing. I’ve volunteered at departments; taken tours of stations; gone on ride-alongs; trained in basic weapons handling; and listened to officers’ own accounts of intense, life-threatening experiences on countless occasions. None of these things makes me a police officer nor qualifies me to get inside one’s head. Unfortunately, most people know even less than I do, and they know so little that they don’t know how clueless they really are.

Between “very well,” “somewhat well,” “not too well,” and “not well at all,” the public voted 38%, 45%, 13%, and 3% percent, respectively. Officers effectively mirrored those they serve, polling 1%, 12%, 46%, and 40%, respectively. The gap between police officers and the public’s view of police officers cannot be overstated. Yet increasingly, even conservatives rush to assume they understand the officer’s process well enough to convict him or her in the court of public opinion. As my cop brother put it, conservatives are so eager “to show they are objective” that “they rush to appease.”

So as long as conservatives are trying to be objective, let’s talk some facts about Michael Brown, Terence Crutcher, Alton Sterling, and Philando Castile. All of them have something in common in the way they conducted themselves during their respective fatal encounters with police officers. See if you can figure out what it is:

Michael Brown, the “gentle giant” at the heart of the oft-debunked “Hands Up, Don’t Shoot” lie robbed a convenience store shortly before being pulled over by Officer Darren Wilson. When Wilson attempted to leave the vehicle, Brown forced the door closed and climbed through the window, reaching for the officer’s weapon. Wilson fired a round in the car, and ballistic reports confirmed that Brown’s hand was in close range, clearly attempting to grab it. Brown ran, Wilson chased him, then Brown turned around and charged, at which point Wilson shot him several times and killed him. This testimony comes from several African-American eyewitnesses, and Officer Wilson was not charged with any misconduct let alone crime.

Officer Betty Shelby stopped en route to a domestic violence call in order to investigate a large vehicle stopped in the center of the highway, engine still running and Terence Crutcher standing nearby. In an incident lasting a few minutes, Crutcher approached Shelby, who warned him to stay back. He also repeatedly reached into his pocket despite Shelby’s numerous instructions not to do so. Officer Shelby, a drug recognition expert, suspected that Crutcher was under the influence of PCP, which later turned out to be true. Crutcher had his hands in the air, which Officer Shelby had not commanded him to do, and he started making his way toward his car, blatantly ignoring Shelby’s orders to stop. She ordered him to get on his knees, with which he didn’t comply. She drew her firearm because Crutcher’s actions indicated the possible presence of a weapon, whether in his pocket or in the vehicle, and he continued toward the car. Shelby repeatedly warned him to stop. As he reached into the vehicle, Officer Shelby fired, killing him. She was acquitted of manslaughter charges on May 17, 2017.

While selling CDs outside of a convenience store, Alton Sterling reportedly threatened a man by waving a .38 caliber revolver in the air. When police arrived to investigate, Sterling resisted, causing the officers to tase him multiple times. This didn’t detain Sterling (as tasing rarely does, especially on a heavier man), so the officers wrestled him to the ground. Sterling’s gun was in his front right pocket, and from video captured at the scene, he appears to have his right hand at his side, reaching for the weapon. Although the firearm was in his pocket, it was still entirely possible that he fire during the struggle, as shown here (WARNING: adult language). Ultimately, Sterling was killed in the altercation, and the Department of Justice announced in May 2017 that it would not file charges against the officers, though the Louisiana Attorney General plans to investigate on a state level soon.

Just one day following the Alton Sterling shooting, Officer Jeronimo Yanez pulled over Philando Castile because he matched the description of a suspect in a recent armed robbery. Yanez assumed Castile would be armed, and soon after the officer reached the vehicle, Castile informed him that he was. Yanez testified that the car reeked of marijuana, which Yanez and his girlfriend had been smoking in the presence of her four-year-old daughter. Castile had a permit to carry his weapon, but obviously not while under the influence of drugs. Yanez noted in his testimony that he reasoned during the interaction that a man willing to endanger the health of a small child would care far less about the well-being of a police officer. Castile acknowledged his weapon, which was hanging loosely from his pocket in perfect position for a quick draw if he had chosen to do so, but he immediately began reaching in the direction of his gun, allegedly for his wallet. Officer Yanez ordered him to stop reaching, to which Castile responded that he wasn’t as he continued reaching. Officer Yanez repeated the order multiple times, but Castile failed to heed the officer’s commands. Yanez discharged his own weapon and reached into the car to prevent Castile from going any further, and Castile still refused to comply. Officer Yanez backed up and fired. Castile was removed from the car for first aid, but such efforts were unsuccessful and he died.

Have you noticed a pattern yet?

All four shootings were unfortunate yet undoubtedly justified for anyone with the most remote understanding of law enforcement protocol. There are four principal similarities among the four hot ticket cases that need to be acknowledged if we want to have an intelligent discussion about this (unless, of course, conservatives want to keep virtue signaling):

1: All four suspects had committed at least one crime immediately prior to the incident–Brown robbed a convenience store; Crutcher was loaded with PCP, driving while under the influence, and endangering traffic; Sterling was threatening a man with a gun; and Castile was smoking marijuana, driving under the influence, and endangering a child, not to mention he was a suspect in an armed robbery. As a friend put it, “These cops aren’t shooting Barack Obama or Morgan Freeman.” These were criminals and thugs, and cops know from experience that a person who breaks one law won’t usually hesitate to break another, especially to keep themselves out of jail.

2: Brown and Sterling reacted violently, Crutcher and Castile behaved erratically. None showed any willingness to cooperate, obligating the escalation of force.

3: All four refused to comply with basic commands from law enforcement officers. These are not random passerby with good ideas. They are officers of the law, and unless it’s illegal, you do what they tell you to do, for your protection and theirs. Period.

4: All four reached for a gun or–just as importantly–what the officer believed was a gun.

The real moral of the Castile story, of each of these stories, the one that nobody is willing to talk about even among conservatives, is that if you disobey an officer and behave threateningly, you will likely be shot. What’s more, it’ll be your own stupid fault.

It’s shouldn’t be that difficult to comprehend, but judging from what I’ve seen on social media, many of you might still be lagging behind the discussion. Let me repeat more simply:

If you disobey and threaten an officer and you get shot, blame yourself.

Police officers wear a target on their backs every day while criminals remain anonymous. They should (and usually do) treat everyone with civility, but they know that in a matter of less than a second, they could be dead. Stop acting like this is an easy job because slow-motion cameras and instant replays reveal what the officer could never reasonably have been expected to know. Sometimes the gun was a toy, or it wasn’t loaded, or it was actually a cell phone. It doesn’t matter. You don’t disobey direct orders from a police officer with your hand inches from a loaded gun.

You may know your own intentions, but the officer doesn’t, nor can he or she be expected to. Likewise, you don’t know what’s going through the officer’s mind. He may say he pulled you over for a taillight, but he could be trying to determine if you just knocked off a 7-Eleven. You have one job in that situation: comply. Show some respect for an officer who could at any moment die protecting you and comply.

I could go on about the court proceedings–the requisite lack of bias and police sympathizers on the jury, the two black jurors who found Yanez “not guilty,” and the ridiculous lengths to which the prosecution had to go to find a law enforcement expert who would call it a bad shoot–but I don’t have to. The case is obvious enough even without these indisputable pieces of evidence, if only conservatives weren’t getting just as afraid as everyone else to stand up for principle.

Cops don’t have the time to decide with any certainty that you’ve drawn your weapon to fire. They can’t outdraw you once you’ve made up your mind, and they shouldn’t be expected to. We can’t demand that officers wait until they’re dead to start shooting.

Routine inspections can turn south at any moment, and sadly police might not have enough time to respond, as one anti-gun rights activist learned during use of force training. Think you could do any better? Take a quick test yourself. As mentioned in the previous video, cops have to establish a threshold: “If he reaches his hand into the car, I’m shooting.”

135 officers were killed in the line of duty in 2016, a 10% increase from 2015 and the highest in five years. 64 of those were shot, a 56% increase from 2015. Their job is getting more and more dangerous, and thank goodness for the acquittals of Officers Shelby and Yanez that allow cops to do their job without fear of death from one side and imprisonment from the other.

This video is graphic and intense, but you need to watch it if you want to begin the understand how quickly a cop has to decide between killing and dying.

The war on cops needs to end, especially from the Right. I have far less tolerance for conservatives who sell out justified cops in the name of virtue signaling than I do for those on the Left.

I want good cops exonerated and bad cops shamed. Bad cops give law enforcement a bad name and all the good officers along with it. I don’t know enough about Yanez to say what kind of officer he is, but at least in the shooting of Philando Castile, he is 100% justified. Anyone with any knowledge of law enforcement can see that.