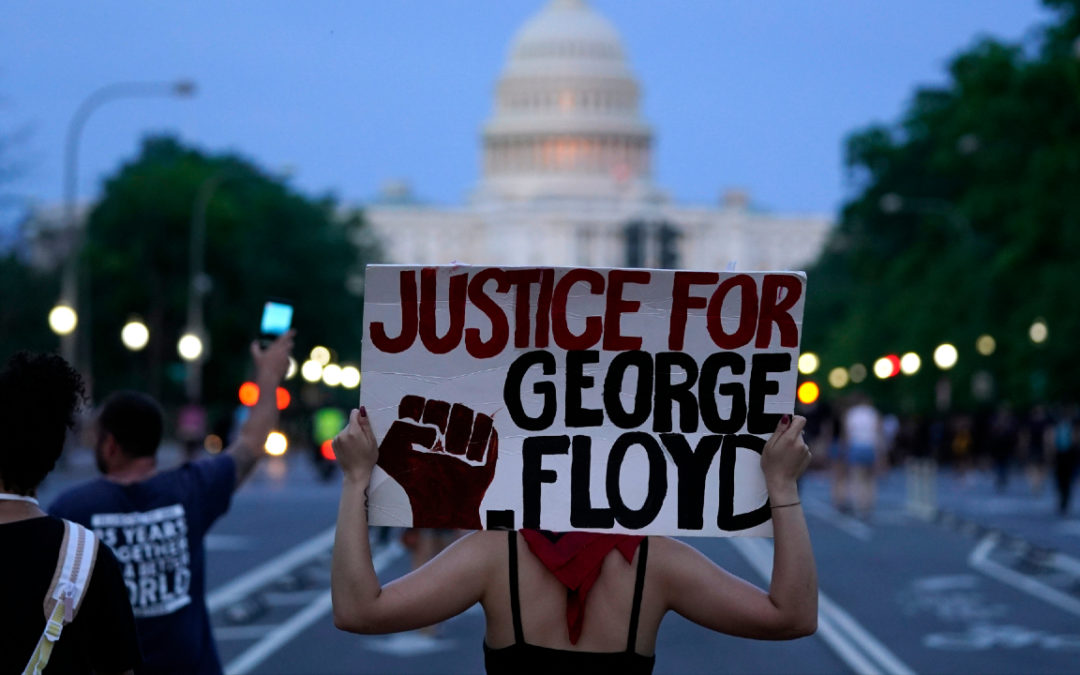 According to numerous reports, many Atlanta police officers are walking off the job following the Fulton County District Attorney’s felony murder charge against Officer Garret Rolfe, who fatally shot Rayshard Brooks in a Wendy’s parking lot on Friday night. While resisting arrest for driving under the influence of alcohol, Brooks wrestled two police officers, punched one of them, grabbed one of their tasers, and fired the taser at the officers twice — once at close range, and again while attempting to flee, turning around, and firing the weapon at Officer Rolfe, who then discharged and fired on Brooks.

Atlanta Police Chief, Erika Shields, resigned her post the following day, and Officer Rolfe has since been fired and charged with felony murder. The other officer, Devin Brosnan, is facing charges for aggravated assault. Fulton County District Attorney Paul Howard indicated that Officer Rolfe could receive a life sentence without parole or even the death penalty.

To be clear about what happened that night: Brooks violently resisted arrest, punched a police officer, stole a police officer’s taser, and fired at him. He was not unarmed, as many in the media and on social media initially reported. I do not recall a more clearly justified shoot in years. Many police shootings allow for reasonable difference of opinion. But anyone who can watch the video of this altercation and believe the shoot was not justified simply does not care about police officers or public safety; they do not care about the dangers of driving around drunk with a police-issued taser in hand; they do not care if a police officer is beaten, tased, and incapicitated by a violent criminal; they do not care if a violent criminal removes the incapacitated officer’s weapon, as he has already proven willing to do, and murders the helpless officer. At best, they care more about their public image than whether officers die, which is gross.

Yet District Attorney Howard insists that Brooks, the man who punched and fired a taser at police officers, “never presented himself as a threat” and “never displayed any aggressive behavior.” Never mind that two weeks ago he said that “a taser is a deadly weapon,” a proposition with which the New York Times at least used to agree. Apparently this only applies when in the hands of a police officer.

Since George Floyd’s death on May 25th, we have seen wall-to-wall coverage discussing police brutality, systemic racism, and America’s past sins. Surely, in 2020, we can all agree: police brutality is bad; racism is bad; and the United States has made significant progress in racial equality since 1860. So what is so controversial? Why can’t we all finally come together?

I believe the aftermath of Rayshard Brooks’s death precisely demonstrates why our divisions persist — not white vs. black, but Left vs. Right, a fundamentally differing view of America wherein even when the Right and Left agree on a case or an issue, the Right can’t trust the Left’s intentions and the Left won’t allow only partial agreement from the Right. We can’t play on the same team or even play the same game on opposing teams when all evidence suggests that the other side’s goal is to pop the ball, shoot the referee, and burn down the stadium.

For a moment, I thought we had all found a common cause. I don’t know a single person who supports the death of George Floyd. Literally not one person, and you can believe that everyone I have ever known has sounded off on it. In fact, I’m furious that public pressure led to increased charges on Officer Derek Chauvin because I believe the elements no longer fit and that the officer, who should go to prison for a long time, will end up walking free. That’s not justice for George Floyd.

Similarly, I do not know a single person who defends the murder of Breonna Taylor. I do not know anyone who approved the killing of Walter Scott. Keep in mind, I come from a police family; I have a reputation as a police apologist, even among my fellows at The New Guards; and sometimes the circumstances of a shooting are such that reasonable, intelligent people can differ in their strongly held views. Even then, every single person I know (including myself) is horrified by these examples of police brutality and excessive force. These deaths were unnecessary, unjustifiable, and rightly condemned by all. Can we at least agree on that?

Apparently not, because the Left insists on lumping in George Floyd’s death with that of Michael Brown, a man who committed strong-arm robbery, assaulted a police officer, attempted to grab his firearm, and charged at him before he was finally (justifiably) shot. There is no meaningful similarity between the two incidents.

But that should be manageable, right? Can’t we agree on Floyd and disagree on Brown but at least get one thing accomplished? I would like to think so, but the woke Left won’t allow it. As one writer put it, “If you disagree with the doctrine, methods, or ethics of the Woke religion, it is only a matter of time until you are excommunicated from society.” You must conform 100%, or there can be no peace. There is no repentance, there is no forgiveness, and there is no “agree to disagree.” As long as Rayshard Brooks is falsely painted as “another unarmed black man” just like George Floyd, we can’t come together on any of it, no matter how much the Right tries.

This is hardly the only example of the country’s inability to heal its racial divides due to the Left’s woke extremism coupled with bad faith. For instance, I am completely okay with removing Confederate flags from government buildings through a democratic process (not private flags; that’s a free speech issue even though I think it’s dumb speech). Most people are. I would support Mississippians in removing the Confederate saltire from their state flag — other states have done so, and even Old Glory has been updated over time, albeit for very different reasons.

Before you point out that the flag doesn’t mean the same thing to everyone, I know about the Battle of the Bulge. Many see the flag as a symbol of heritage or Southern Pride, but that faction is shrinking. As of January 2020, 41% of Americans (compared to 34% who disagree) and 73% of college-educated blacks see the flag primarily as a symbol of racism. That’s a massive shift from just five years ago, when 57% of Americans saw the flag as a symbol of Southern Pride, opposed by only 33%. This represents a need to at least discuss whether the Confederate flag is something that our government should fly. We don’t fly the Union Jack even though it’s part of our British heritage (and I’d say that heritage is a little morally superior to the Confederate States of America). Remember, the Confederacy declared itself a hostile foreign power, and we defeated them. However else you feel about the flag, flying a foreign combatant’s colors is weird, right? Can we all agree on this? Can we at least discuss it? Apparently not. The Left can’t even fathom placing removed Confederate flags in museums so as to preserve a historical record and encourage introspective education. More importantly, the Left treats the flag of the United States — you know, the country that defeated the Confederacy and abolished slavery — as an equally oppressive symbol of hate. No matter how much the Right and Left may agree on Confederate flags themselves, the Left will never allow healing on any part of this issue as long as the Right stands by the stars and stripes, insists on not erasing history, and defends speech it disagrees with.

Speaking of the Confederacy, I understand the position of leaving up Confederate statues as a stirring reminder of the darkest portions of our history and the evils of the human soul. As with flags, maybe there’s a museum approach. I think I am even more sympathetic than most on the Right to outright tearing down monuments to a nation built on and a civil war motivated by slavery (and yes, it was always about slavery). After all, I supported the people of Iraq when they tore down the statue of Saddam Hussein. Now, I don’t necessarily consider Hussein and Robert E. Lee to be moral equivalents, for example, but if a people can find a way to remove statues of an evil, oppressive regime, without completely erasing history, I’m all for it. But even I can’t come together with the Left when they expect me to treat statues of great but flawed men like George Washington, Thomas Jefferson, Winston Churchill, and Christopher Columbus with equal disdain. Recent rioters have even targeted statues of prominent abolitionists like Matthias Baldwin and John Greenleaf Whittier, or even the 54th Regiment Memorial, dedicated to the first Union company comprised entirely of black soldiers. The Left has even targeted a Boston statue of Abraham Lincoln standing over a freed slave, a replica of the original which was paid for by freed slaves as a demonstration of gratitude to the Great Emancipator. If the Left won’t allow any concession with the Right unless we agree to the most extreme of these terms . . . do I even have to say it?

Let’s start with the latter. I will never use #BlackLivesMatter, not because I disagree with the words (I completely endorse them), but because I reject the implicit, or “snuck,” premises that our country’s institutions are systemically racist against black Americans in 2020, nor that a large portion of the population rejects the contention that black lives matter. As I’ve said, obviously some people do. I remember the Unite the Right rally in Charlottesville just as well as you do. I also remember that even the New York Times admitted that this all-out white nationalist extravaganza could only muster a “small band of extremists.” I won’t accept the false premise that acknowledging that black lives matter is controversial, nor that refusing to use the hashtag makes someone a racist. Similarly, I would reject #TheEarthIsRound if it were used as a club to label anyone who didn’t use it a science denier. Yes, I know there are flat-earthers. But not many. Virtually everyone recognizes that the earth is round, and virtually everyone agrees that black lives matter. I won’t play this game; I won’t use the hashtag.

But there’s another reason I won’t use the hashtag: #BlackLivesMatter is not just a statement; it represents a movement. Black Lives Matter is wildly extreme and openly anti-Semitic. The organization’s platform includes destroying the modern state of Israel; abolishing the police (and yes, they actually mean “defund” and “abolish” when they say “defund” and “abolish”); disrupting the “Western-prescribed nuclear family structure”; and other radical Left-wing proposals. Just like “Make America Great Again” is directly tied to President Trump and is not just about the words themselves, #BlackLivesMatter is inextricably linked with Black Lives Matter. I won’t support the organization or its platform, and I won’t accept that failing to do so equates to racism. If it were just about the words, we would all agree. But the Left won’t let us.

Whether we side with the political Right or Left, we should all be able to agree: police brutality is bad; racism is bad; we should at least seriously discuss what to do about Confederate flags and statues; and black lives matter. Everyone I know agrees with all of these statements, and it should at least be a minimum start for working together. Unfortunately, with the Left, it’s never that simple.