“Subject to the Jurisdiction Thereof” 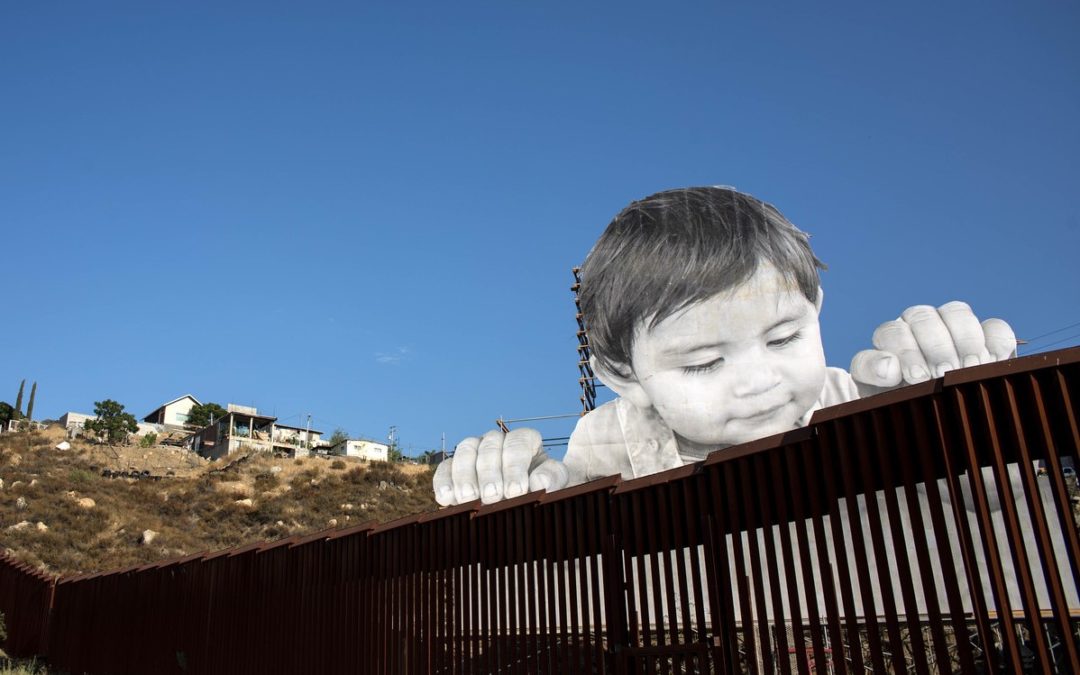 President Trump announced last week that he’s considering an executive order that would ban birthright citizenship for the children of illegal immigrants. Can he do it?

I have some thoughts about what the law should be, but let’s not talk about that right now. What does the law actually say? And what does it actually mean?

To know where the law stands today, we have to understand how we got here. The Fourteenth Amendment was ratified in 1868, granting citizenship to black Americans following the Civil War. The amendment begins with the following language: “All persons born or naturalized in the United States, and subject to the jurisdiction thereof, are citizens of the United States and of the state wherein they reside.”

Now, many people quote this sentence and either stop at or skip over the phrase “subject to the jurisdiction thereof” as if it’s irrelevant. This is simply not the case given the documented history of the amendment, but it also makes no logical sense. If the framers of this amendment intended to grant citizenship to everyone born within the United States, they would have done so. The entire citizenship clause hinges on the meaning of the phrase “subject to the jurisdiction thereof.”

Luckily, those who wrote the amendment were fairly clear what they had in mind. Senators Lyman Trumbull of Illinois and Jacob Howard of Michigan each stated that “subject to the jurisdiction thereof” required “complete” jurisdiction, which Trumbull defined as “not owing allegiance to anybody else.” Howard continued that “full and complete jurisdiction” meant “the same jurisdiction in extent and quality as applies to every citizen of the United States now.”

Most explicitly, Howard explained, “This will not, of course, include persons born in the United States who are foreigners, aliens, who belong to the families of ambassadors or foreign ministers accredited to the Government of the United States.”

The original purpose of this clause was to avoid interference with the sovereignty of Native American tribes (remember, these are the Republicans who freed the slaves, not the Democrats who led the Trail of Tears), which Howard called “quasi foreign nations” for purposes of jurisdiction. But the language of the amendment and the clear intent of the phrase “subject to the jurisdiction thereof” as the framers understood it was to exclude everyone not a citizen of the United States.

That’s what the phrase meant and how the law was understood in 1868. Has that meaning changed in 150 years? That’s a great question for a debate between originalism and progressivism, but I’ll save that for another day.

For instance, even though there’s an argument to be made that portions of the Civil Rights Act of 1964 are unconstitutional, it’s still the law. Therefore, President Trump couldn’t write an executive order saying businesses are allowed to refuse to serve black folks, or Jews, or Chinese immigrants. Even if it facially squared with the Constitution, it would violate the Civil Rights Act of 1964, so it would violate the Constitution. The president has prosecutorial discretion, but that doesn’t mean he can just decide not to enforce laws he doesn’t like.

But even assuming the Fourteenth Amendment as written and intended were still the law, would Trump’s executive order be constitutional? It would depend somewhat on the language, but it would probably work. The executive can’t create new laws, but he can direct the enforcement of law. For example, he could write an order saying that the Social Security Administration must verify the citizenship of parents before creating a social security number for new children. If the Fourteenth Amendment still means what it meant and no law contradicts it, then this order would be constitutional. Would it be smart? Maybe, maybe not. It’s probably not the wisest move right before midterms, and as Trump has shown repeatedly, the executive orders of the last president can be just as easily overturned by the next one. If Trump wants this policy enforced, he should pressure Congress into passing legislation.

But concerning the constitutionality of the measure, the big question is whether any laws contradict the original meaning of the Fourteenth Amendment.

The simple answer is “no.” There is no federal statute granting birthright citizenship to the children of illegal immigrants.

Moreover, we don’t even have binding case law to that effect. Daniel Horowitz gives a stellar breakdown at Conservative Review of the judicial history of this issue, but here’s the basic timeline:

1872: From the Slaughterhouse cases, “The phrase, ‘subject to its jurisdiction’ was intended to exclude from its operation children of ministers, consuls, and citizens or subjects of foreign States born within the United States.”

1873: From Attorney General George Henry Williams, a senator at the time the Fourteenth Amendment was ratified, “The word jurisdiction must be understood to mean absolute and complete jurisdiction, such as the United States had over its citizens before the adoption of this amendment. . . . Aliens, among whom are persons born here and naturalized abroad, dwelling or being in this country, are subject to the jurisdiction of the United States only to a limited extent.”

1898: From United States v. Wong Kim Ark, birthright citizenship extended to the children of everyone “domiciled” in the United States, meaning living here legally. Maybe it’s good policy to allow birthright citizenship for the children of people here legally who have applied for citizenship, and maybe it’s not (what if the parents’ applications are rejected?). But that’s not the Supreme Court’s decision to make. This was an unconstitutional decision, but it’s still binding precedent on lower courts.

1982: From Plyler v. Doe, the children of illegal immigrant parents have a right to receive K-12 education. What does this have to do with birthright citizenship? Exactly. Yet you’ll hear many suggesting this case decided the policy once and for all. Instead, Justice Brennan mentioned in a footnote that he would extend Wong Kim Ark to the children of illegal immigrant parents. A footnote is not binding in any way. In fact, if Brennan had made this statement anywhere else in the opinion, it still wouldn’t be binding; it would be dicta, since it’s not essential to the holding (about K-12 education). A footnote is even less binding than dicta.

That’s it. As you can see, there is no law extending birthright citizenship to the children of illegal immigrants, and there is no binding case law that does so either.

Without getting into the weeds of originalism vs. progressivism, it’s worth pointing out, that even if the meaning of “jurisdiction” hasn’t changed in 150 years, its application certainly has. This is fairly uncontroversial. Just as the First Amendment extends to Twitter and the Second Amendment applies to Walther PPQs, the jurisdiction of the United States now includes more states and territories than it did in 1868. That changes the application, but it doesn’t change the meaning, and no court has told us that the meaning has changed either, except to extend the right to legal residents.

Therefore, a ban on birthright citizenship for the children of illegal immigrants is constitutional. But there’s a follow-up: can Trump constitutionally ban birthright citizenship for the children of legal residents as well? He would have to ignore the Wong Kim Ark decision, but there’s certainly an argument that the president doesn’t have to follow the court’s order, and there’s no legislation to bolster the 1898 decision — after all, even after Brown v. Board, very few schools desegregated until the Civil Rights Act of 1964. But that would be even more controversial since it would be the executive and the judiciary in tension. If Trump writes the executive order at all, he would probably be better off to limit its scope to the children of illegal immigrants.

Either way, even if you support the policy, an executive order carries far less weight than a statute and can be easily overturned. The most secure route for lasting change is to go through Congress.