Sorry Mr. Prager, I’m Not Going Back to Jakku 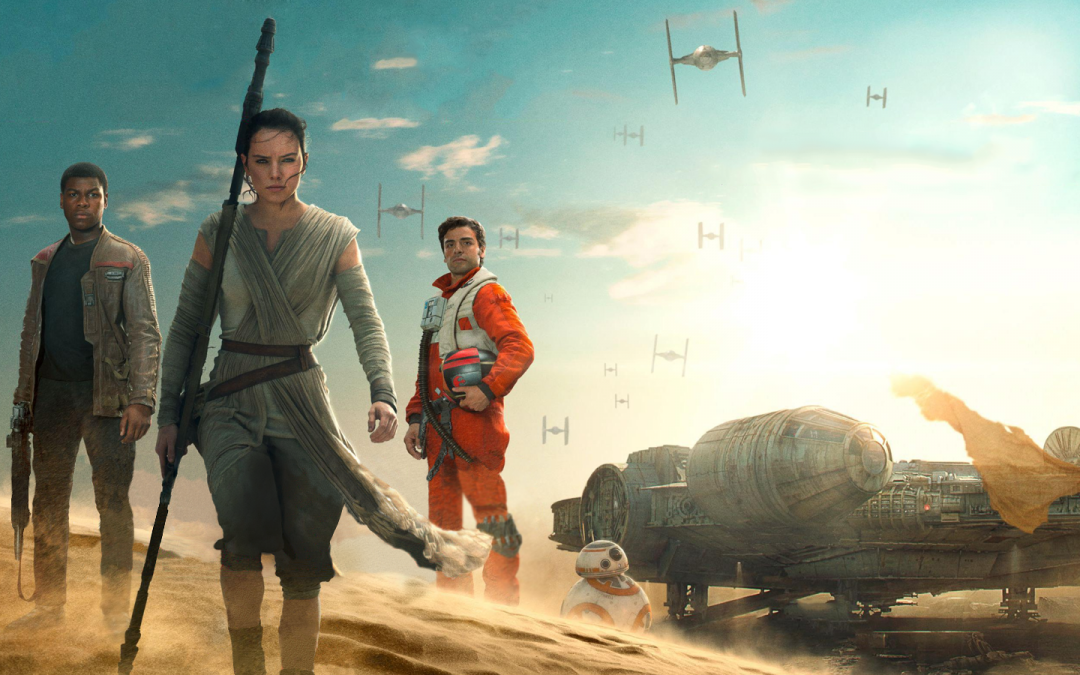 First, let me just say that I admire and appreciate Dennis Prager as one of the wisest and most stalwart proponents of modern conservatism. Mr. Prager and I haven’t always seen eye to eye, but, as David French pointed out on Tuesday, “when men I respect disagree with me, it’s cause for soul-searching.” I respect him and can never fully express my gratitude for his role in the endeavor of freedom.

But Dennis Prager is not acting like the Dennis Prager I’ve come to revere. His support for Donald Trump during the election was understandable although I disagreed with his philosophy (no need to rehash the Never-Trump argument), but his behavior since Trump’s inauguration toward any conservative with a negative word against the president (even one among a dozen compliments) has been unbearably outrageous.

Candidate Trump said back in January 2016, “I could stand in the middle of Fifth Avenue and shoot somebody, and I wouldn’t lose any voters.” Time and again, the GOP has proven him right. Nothing–not Access Hollywood, Ted Cruz’s father, nor John McCain’s capture–could even marginally reduce Trump’s status in a power-starved GOP. Last week, a Republican candidate for the House of Representatives assaulted a reporter and still won over 50% of the vote. Not a single Montana voter has said that the incident swayed them.

Why? Because the other option is the Democrats, and Democrats are the worst. Hillary would have been awful. Gianforte’s opponent in Montana regularly performed at nudist festivals, so not quite what most people look for in a congressman, but is our only option really a guy who assaults those who disagree with them? Are we punching Nazis now too? Why can’t we have a higher standard?

Republicans have become the party of “anything but the Democrats,” forsaking any and all values in the process. It’s as if all Republicans want to do is  “win, win, win, no matter what.” And of course the Democrats are awful, but why is the goal to be as similar to the Democrats as possible while still seeming better? Couldn’t we just be the better party by actually being good?

Andrew Klavan’s hilarious “I’m Angry! So I’m Voting for Donald Trump” rant could make a comeback as, “I’m Angry! So I’m Supporting Trump No Matter What.” Unfortunately, Klavan wouldn’t be able to stand in as talking head because he too has become an Always-Trumper, suggesting more than once that conservatives stop complaining and that even when something is bad we just let Trump do it so he doesn’t get offended and run to the Democrats because he needs attention.

Apparently how we win is far less important than ensuring that we win, at least to Dennis Prager. At 12:01 a.m. on Tuesday morning, Mr. Prager pulled out all stops, posting his opus on why some conservatives are calling balls and strikes on Trump rather than hailing his every move. For the first time, Dennis Prager came across to me as arrogant, even smug and condescending.

Keep in mind, this was not a piece about Still-Never-Trump conservatives who refuse to acknowledge any of the good Trump has done. I, too, reject that blind philosophy. This is about any conservative who dares oppose anything that Trump has done while in office.

Here are some of Prager’s highlights:

“The first and, by far, the greatest reason [these conservatives criticize Trump] is this: They do not believe that America is engaged in a civil war, with the survival of America as we know it at stake.”

“The Never-Trump conservative argument that Trump is not a conservative – one that I, too, made repeatedly during the Republican primaries – is not only no longer relevant, it is no longer true.”

“After investing so much energy in opposing Trump’s election, and after predicting his nomination would lead to electoral disaster, it’s hard to for them to admit they were wrong. To see him fulfill many of his conservative election promises, again in defiance of predictions, is a bitter pill.”

“Acknowledge that we are in a civil war, and that Trump, with all his flaws, is our general. If this general is going to win, he needs the best fighters. But too many of them, some of the best minds of the conservative movement, are AWOL. I beg them: Please report for duty.”

My instinct is to be angry with Mr. Prager, and I certainly was minutes after his post. I want to shout back that we do know the stakes but we also know why we are fighting. No, Trump has not magically become a conservative. And no, our opposition to continued funding of Planned Parenthood and Trump’s stated desires to enact more socialized healthcare is not due to our inability to get over our pride.

“America as we know it” would have stayed pretty much the same under Hillary. “America as it was designed” or “as we want it” is something else entirely, and it hasn’t been around in over a hundred years thanks to the sweeping legacy of the progressive era. One more terrible president would not have broken America’s back.

I’ve defended Trump on numerous occasions, including dishonest news stories like Trump/Russia or mocking a disabled reporter, as well as celebrated some of his policy wins. But that’s not enough for Always-Trumpers like Klavan, Prager, Hannity, and others. If anyone says anything negative about Trump, we are endangering our country.

But instead of getting angry or spiteful, I want to pick up the pieces, learn from this, and move forward. Here are some lessons I think conservatives should consider:

If Trump’s base is engaged in a civil war with the Left, conservatives should STAY AWAY. When your enemies fight each other, just watch and hope for as many casualties as possible (intellectual, theoretical casualties in this case). Let them blow each other to bits with their cries for democratic socialism and nationalist populism. Conservatism supports neither, so we should have no problem letting them duke it out until both ideologies bite the dust.

There is a civil war which should concern us, and that is the battle among the Right. If we continue to tear each other apart, we will lose and the Left will win. If we choose moral depravity and principle-less power, no matter who gains control conservatives will lose. This country will lose.

Conservatism will yet have its day in America, but as Maz Kanata urges in The Force Awakens, “The belonging [we] seek is not behind [us]; it is ahead.”

Our fight is to march on and repel any ties to forces that would slow us down or redefine us, and that includes wayward heroes of conservatism. That doesn’t make them our enemies, that doesn’t mean we want them silenced, and that certainly doesn’t mean they will never say anything true or valuable again. I will still admire and occasionally listen to Dennis Prager. But it does mean that he can’t be our leader anymore.

In short, everyone wants to go back to Jakku.

I don’t know what we expect to find when we get there, or what we expect will find us, but whatever we hope to accomplish with the same tribal, progressive politics–”[whatever we’re] waiting for on Jakku, [it’s] never coming back.”

Some of the most brilliant conservative minds of the last several decades insist on returning to Jakku, but we can’t go with them. The Right needs to reconvene on original, conservative, Constitutional principles–we need to join Luke at the first Jedi temple. Sadly, that might mean shifting away from our heroes, conservative legends, and icons.

I can’t possibly express sufficient gratitude for the likes of Rush Limbaugh, Sean Hannity, Bill O’Reilly, Dennis Prager, and a handful of others for their unquestionable role in the rise and prevalence of conservatism. But they can’t lead us anymore. Maybe they got old and frustrated, maybe they got tired of losing, and maybe they just forgot what it was all about. But if we’re going to take on the mantle of conservatism, then with gratitude in our hearts for their legacies, we have to keep flying without them. Hopefully someday they catch up, and we will welcome them back once they do.

Our ship will be manned by a new generation of pilots: Ben Shapiro, Steven Crowder, and Steve Deace among them. Stowaways (TR-8Rs) like Milo and Tomi won’t be tolerated. We know where we’re going, and we can’t afford any more stops on the way.

It’s a scary thought, pressing forward alone, not being able to rely on the great leaders of our movement. But if that’s what it takes to restore Constitutional values, then somebody has to do it.

I’ve had a heavy heart since I read Prager’s article as this realization dawned on me. I had so much more confidence moving forward if I got to hide a few rows back. But if we want conservatism in America, we can’t wait around for someone else to lead us, for someone to rescue us. We have to take our own initiative, and I’m tired of waiting on Jakku.